It’s not just the British that love their afternoon tea. I’ve always loved tea and I brew a pot (or several) almost every evening, even when it’s hot outside. And enjoying an afternoon tea service in a beautiful hotel is a luxurious treat I enjoy indulging in when I travel. Thankfully the Germans make a thing of afternoon tea and the Ritz-Carlton Berlin is the only hotel in Germany to offer a selection of the distinctive Mariage Frères teas. Berlin’s best afternoon tea, well I don’t mind if I do! 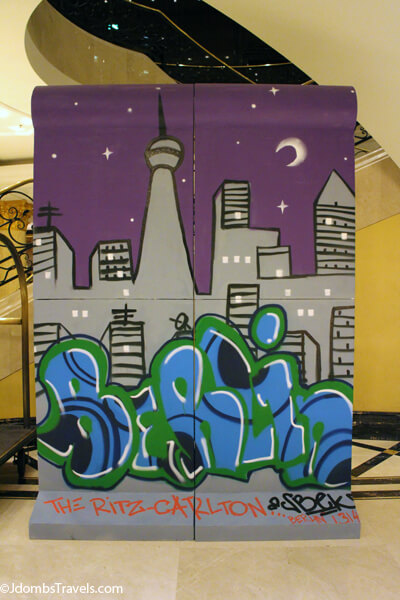 In a tribute to Berlin’s history, the Ritz-Carlton has a piece of the Wall in the lobby 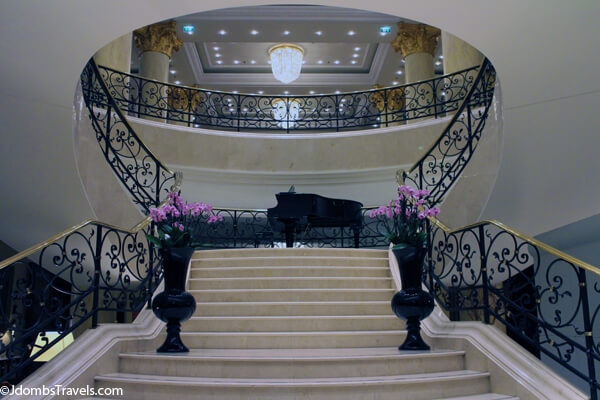 The beautiful marble staircase and baby grand piano in the lobby

The Ritz-Carlton Berlin definitely didn’t disappoint. I consider Berlin to be a more modern city of the European set and the exterior of the Ritz-Carlton Berlin blends right in with the bright pink and purple pipes and the cyberpunk Sony Center surrounding it in Potsdamer Platz. But as a white-gloved Beefeater held the door and I stepped in, it was like stepping back in time. The liaison of old and new and the marriage of browns, beige, and golds work well and makes for an extremely relaxing retreat from the buzz of Europe’s most contemporary space just steps away.

The Ritz-Carlton Berlin Tea Lounge offers both a traditional afternoon tea and a French afternoon tea. The words croque monsieur, camembert, and macarons were like a siren call I couldn’t refuse and there was no contest between English and French. 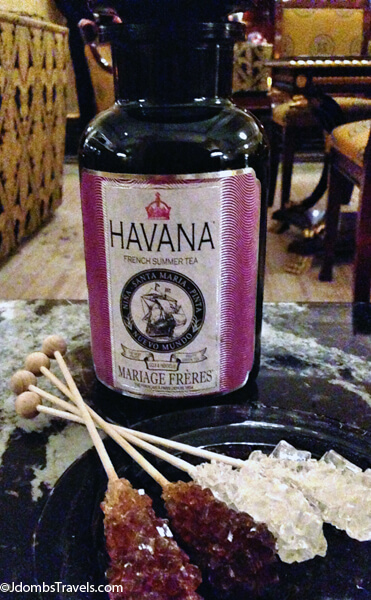 A jar of the exclusive Mariage Frères tea. It was even featured on an episode of Gossip Girl!

Our French afternoon tea would be served by the Ritz’s very own tea sommelier and Sandra, who obtained her degree from the prestigious Rutherford in India, appeared with a sniffing box. The box was just the first of many, though the first box is filled with the most popular selections. I only needed to sniff one box and after sniffing several of the loose leaf teas, chose the first I had picked up. It was a Mariage Frères called Havana, a green tea with delicious sweet scents of fruit. 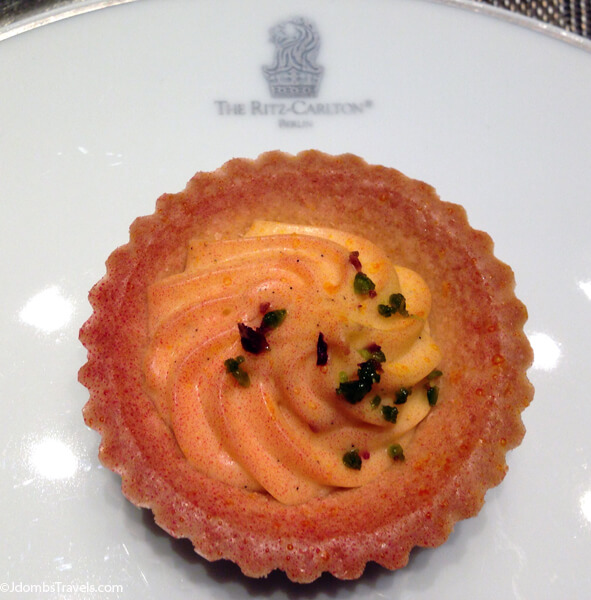 As with all afternoon teas I’ve had the pleasure of enjoying, this one too began with a palette cleanser which was a citrus custard tart. 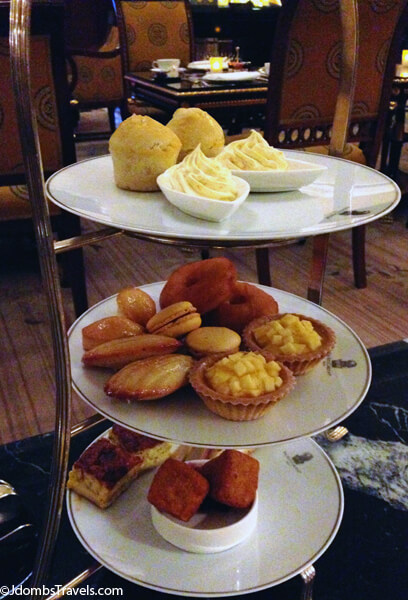 My pot of tea arrived and I swirled the rock candy to sweeten it a little. The three-tiered tray of French treats soon followed. In place of the watercress and egg salad sandwiches you’ll typically find with a traditional English tea, the plate was filled with iconically, ridiculously French savories like croque monsieur, camambert, and quiche lorraine. The sweets were an assortment of madeleine, macarons, apple tarts, and a fried apple that looked like a doughnut. Finally, the French scones topped the tiered platters with a delicious orange-infused butter. 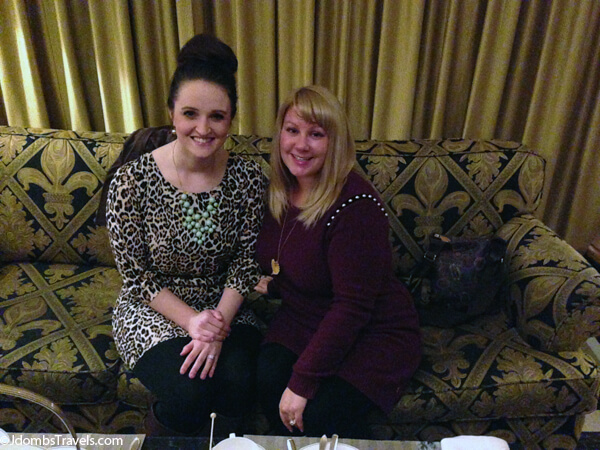 My friend Bree and I enjoying the Ritz-Carlton Tea Lounge

We sat sipping our tea and just enjoying the lovely and quiet atmosphere of the Ritz-Carlton Berlin Tea Lounge. It was an excellent way to spend an afternoon and filling enough to serve as a meal. Definitely don’t miss out on this luxurious experience when visiting Berlin!

Disclosure: Our afternoon tea was hosted by the Ritz-Carlton Berlin in order to bring you this story. As always, all opinions are entirely our own.