If you happen to be traveling around Luxembourg, I highly recommend a stop to the American Military WWII Cemetery and Memorial just outside the city of Luxembourg. The cemetery is the final resting place for 5,076 American Military members, most of whom lost their lives in the Battle of the Bulge. It is a humbling experience walking through the pristine manicured grounds. 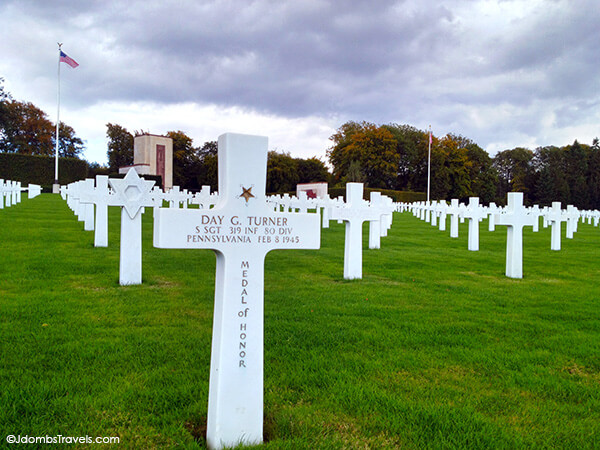 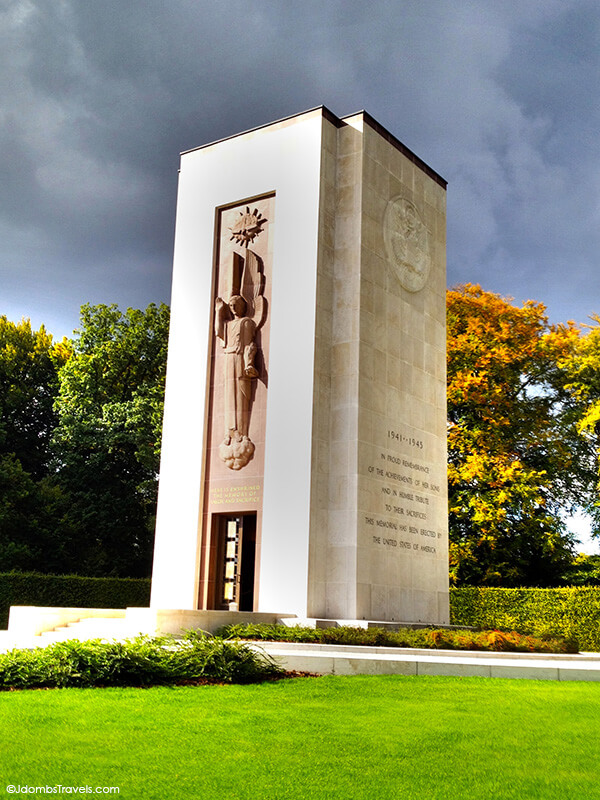 The white stone chapel that stands tall just inside the entrance to the Luxembourg American Cemetery.

Upon entering the Memorial you will notice a tall white stone chapel. On the sides of the chapel some inscriptions list the accomplishments of the American Armed Forces in the region. On another wall are the names of the 371 still missing from the area.

General George S. Patton was also buried there after he died as a result of a car crash the day before he was set to return to the United States permanently. Patton had requested to be buried with his troops and initially was amongst all the other men. After some controversy, he was moved to the front of the memorial on a small spot overlooking all of the men. General Patton was the the U.S. 3rd Army Commander from the invasion of Normandy through the end of the war. He is regarded as one of the greatest Generals in U.S. history.

The cemetery is open daily from 9 am to 5 pm, except December 25 and January 1.The cemetery can be reached by car along route E25/E44, take Exit 7 clearly marked Cimetières Militaires (Military Cemeteries).