Berlin’s streets serve an an open-air art gallery where talented artists invite everyone to see their incredible works. Innovative and always changing, the streets are galleries of graffiti, posters, cut-outs, Guerilla Knitting, and sculptures. The Berlin street art is mostly all done illegally, but the city’s title of UNESCO City of Design keeps the authorities from doing much about it. These aren’t just kids spray painting a cartoon cat after all; top international artists have made their mark in Berlin and celebrities like Brad Pitt and Angelina Jolie have been known to pay top dollar for works. 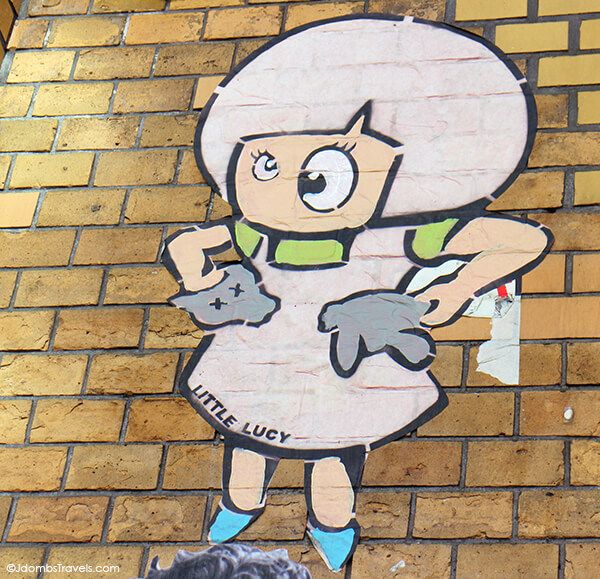 Little Lucy is a little demented

El Bocho is one of Berlin’s most well known street artists. He works as an illustrator for some German newspapers by day, but but night he is famous for his cut-outs. El Bocho is known for his Little Lucy works, which are based on a character from a Czechoslovakian cartoon from the ’70s. El Bocho’s dark humor is easily recognized as you find the devilish Little Lucy all around the city killing her cat by microwaving it, roasting it like a kebab, or putting it in the washing machine. 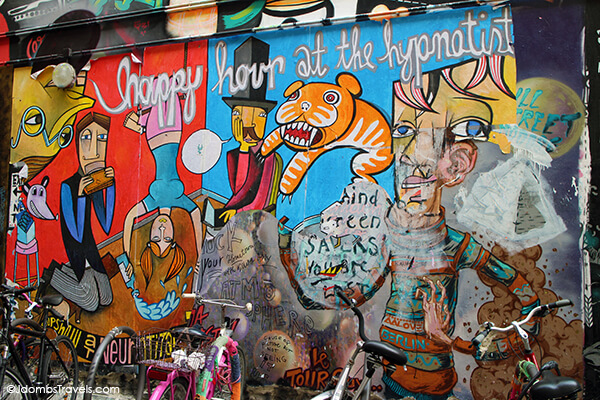 Happy Hour at the Hypnotists 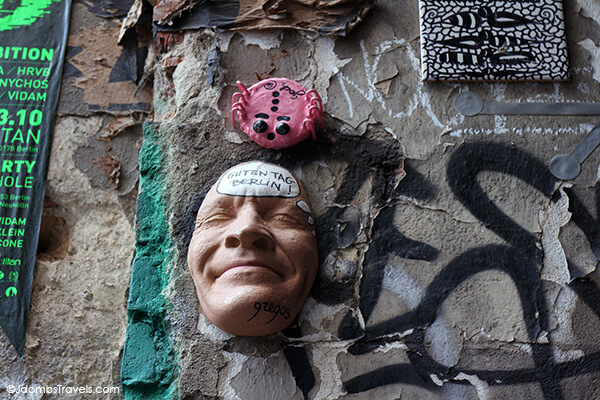 Gregos is a French street artist and he has a series around the world called “My Fall on the Wall”. He sculpts self portraits and has installed more than 500 of them mostly in Paris and other French towns, but you’ll find him in one of the alleys snaking between the hidden courtyards of Hackescher Markt. 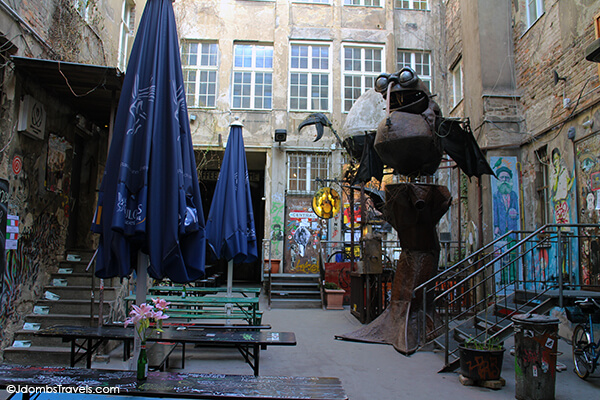 A courtyard can be found at Rosenthaler Strasse 39 and has an important Nazi-dissidence history. It was here that a German man named Otto Weidt helped blind and deaf Jews escape deportation by employing them in the brush factory in this courtyard. Now there is a small museum dedicated to him here, as well as an Anne Frank museum, and tucked even further into the courtyard is a coffee shop where you can enjoy all the graffiti with fresh flowers placed daily on the tables under a giant umbrella wielding frog. 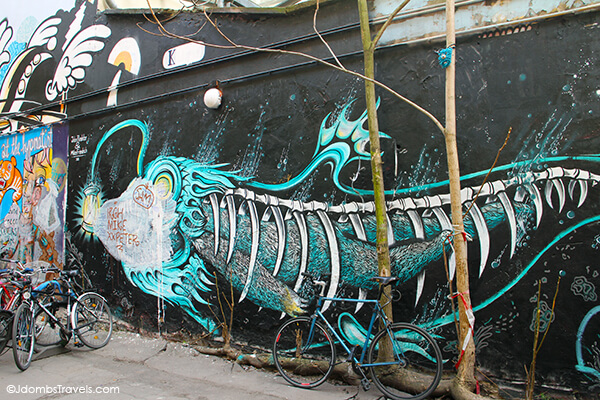 John Reaktor & Cuke created this interesting street art wall painting of a fish that has eaten a cat in September 2013. It’s called “Cat Eaten By The Fish”, though others have tagged and painted over parts of it now. 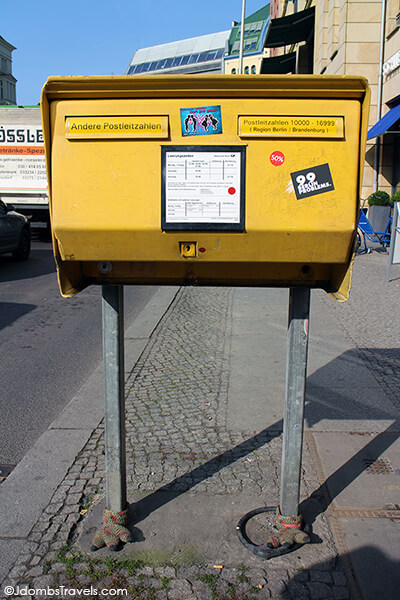 Can you spot the owl?

Without it being pointed out to me, I might have missed one of the newest forms of Berlin street art – Guerilla Knitting. Objects are changed by adding knitted accessories or completely covering an object in knit. One of my favorites was this mailbox, but if you take a closer look it has knitted feet. The slots become the eyes and the posted pick-up schedule is the beak. How creative! 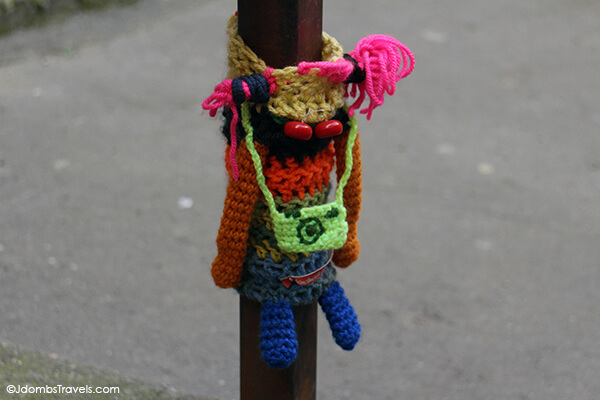 You’ll also find little characters knitted around poles. There is so much street art that you are on sensory overload and can practically miss these smaller works. Be on the lookout up, down, and all around.

You can wander the city finding amazing street art just about everywhere. I actually learned these interesting details from Bastian, my very knowledgeable guide and owner of Berlin Food Tour. If you’re just interested in learning more about Berlin street art, you can also book a Berlin Street Art Walking Tour.