St. Petersburg is a city of grandeur. It’s center was virtually unharmed in the 1930-50s period of Stalinist reconstruction and impressive palaces line placid canals dotted with beautiful bridges. Recognized as one of the most beautiful cities of the world and a “Venice of the North”, St. Petersburg is evocative of Russia’s imperial past. Though beautiful during the day, St. Petersburg is absolutely stunning by night. That is perhaps why we spent our nights there just strolling up and down its canals.

An air of mystery seems to take hold of the city as the street lights twinkle on. Golden reflections of the former imperial residences dance on the inky waters of the canals. Lovers steal a few quiet moments on a bridge, the bustling Nevsky Prospect always just a few steps away. Take a virtual stroll with us through some of favorite night scenes from the former Russian capital: 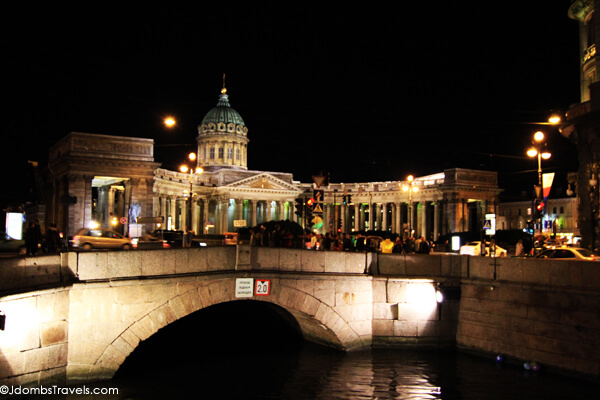 The Cathedral of Our Lady of Kazan was named after the “miracle-making” icon of Our Lady of Kazan, which was housed in the church until the 1930s. The Bolsheviks stopped services in the cathedral in 1929 and it became the Museum of the History of Religion and Atheism. It’s still a museum, but church services were finally resumed there just a few years ago. 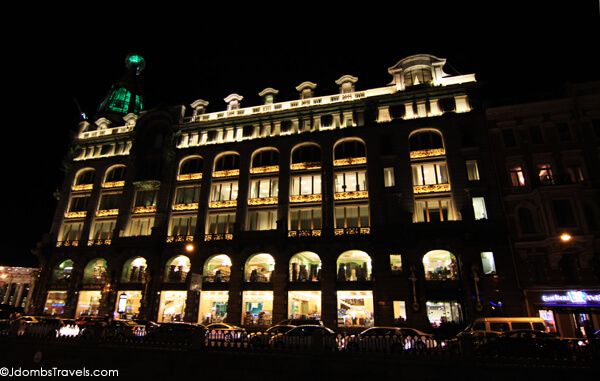 The House of Books

This Art Nouveau building is a multi-story bookstore, simply called The House of Books, with the Cafe Singer overlooking Nevsky Prospect and the Cathedral of Our Lady of Kazan. The building was built as the Russian branch of the Singer Sewing Machine Company and is crowned with a glass tower, which in turn is topped by a glass globe sculpture. 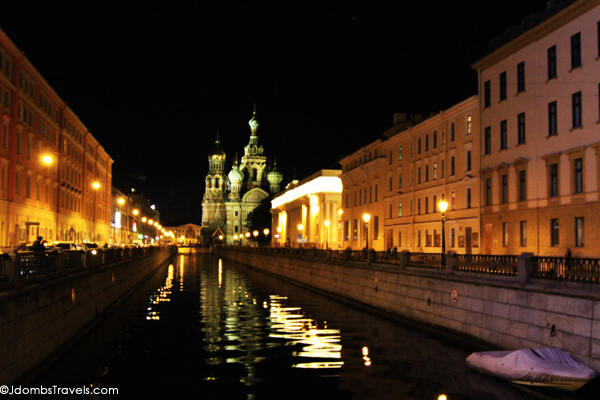 The Church of Our Savior on the Spilled Blood 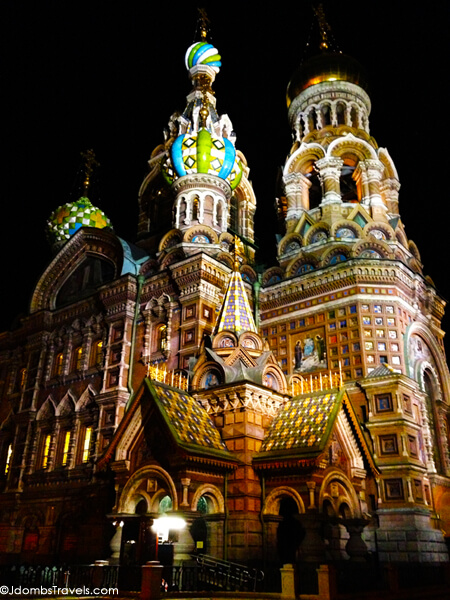 Built on the spot where Emperor Alexander II was assassinated in March 1881, the Church of Our Savior on Spilled Blood was was built between 1883 and 1907. Its construction was almost entirely funded by the Imperial family and the exterior is decorated with thousands of incredibly detailed mosaics. The view of the church from Nevsky Prospect is just breathtaking! 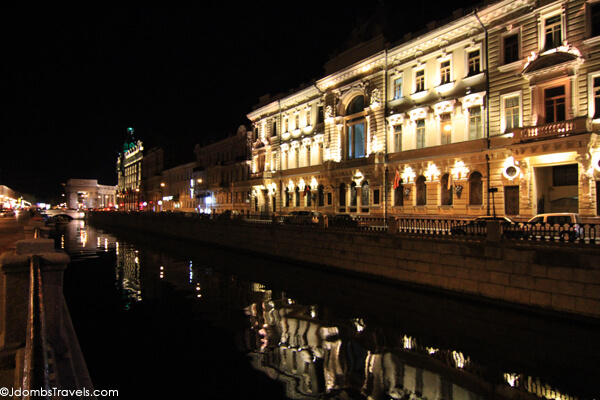 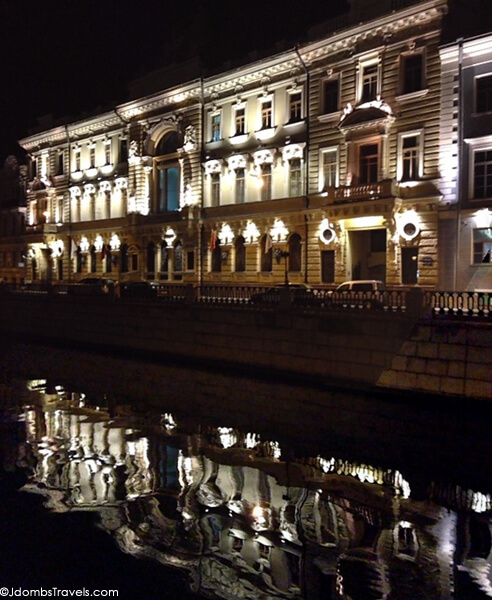 Dancing reflections on the Griboyedov Canal 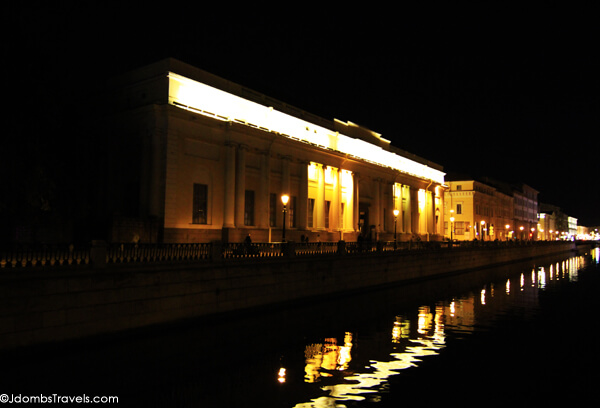 The Griboyedov Canal was called the Catherine Canal before 1923, after Catherine the Great. It is 5 kilometers in length and has 21 bridges that cross it. The stretch between the Church of Our Savoir on Spilled Blood and Nevsky Prospect is lined with palaces and their reflections glistening on the water. The wide pedestrian street that lines is canal is so quiet, you’d hardly believe your mere steps from the lively Nevsky Prospect.

Of course there are many more canals, palaces, and monuments to take in a night. But for once, we just put the camera away and enjoyed the beauty of St. Petersburg.