Newcastle is renowned for its nightlife scene, but this city with a mixture of Victorian elegance and urban sophistication is home to exceptional art galleries, a fantastic foodie scene, stylish boutique hotels and, of course, some of England’s best bars serving up craft brews. 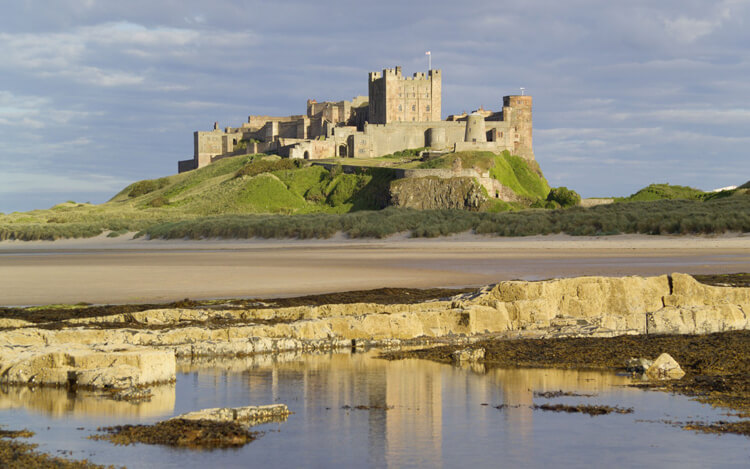 Spectacularly set on an outcrop overlooking the Farne Islands and Lindisfarne, Bamburgh Castle is easily one of the North Country’s most iconic buildings. It has a long history dating back to prehistoric times and was completely restored in 1900. You can tour the 14 public areas of the castle and take in collections of china, porcelain, furniture, paintings, arms and armor. You’ll probably also spot archaeologists working on the site during your visit. Or you can even get your hands dirty and take part in Bamburgh Research Project’s annual training dig program, which is open to anyone over 12 years of age and all experience levels.

Bamburgh Castle is also has its very own beach. The sand turns a stunning shade of pink at sunset, which is why the beach is one of Britain’s top 10 beaches. 2. Take a Walk along Hadrian’s Wall

Built by the Roman army on the orders of the Emperor Hadrian after his visit to Britain in 122 AD, it was abandoned in the 5th century. Stretching for 73 miles in the stunning countryside, you can discover why the Romans picked this spot as a military base. There are a number of different trails from seeing the ruins in an urban setting as the Wall stretches in to Newcastle upon Tyne on the Corbridge Roman Trail or get off-the-beaten path on the Housesteads Trail. No matter which trail you choose, you’re sure to have a fantastic day out in the countryside. You don’t have to be a kid (or have one) to be a Harry Potter fan. At Alnwick Castle you can take the ultimate photo sure to make your friends at home jealous as you zip around on your broomstick. Alnwick Castle’s resident wizarding professors give you a lesson in the very spot Harry learned to fly in Harry Potter and the Philosopher’s Stone.

If Harry Potter isn’t your thing, Alnwick Castle is still one of Britain’s most iconic and unique castles. You can explore the opulent state rooms, discover what lies beneath the castle’s walls, dress up as a Medieval knight and much, much more. 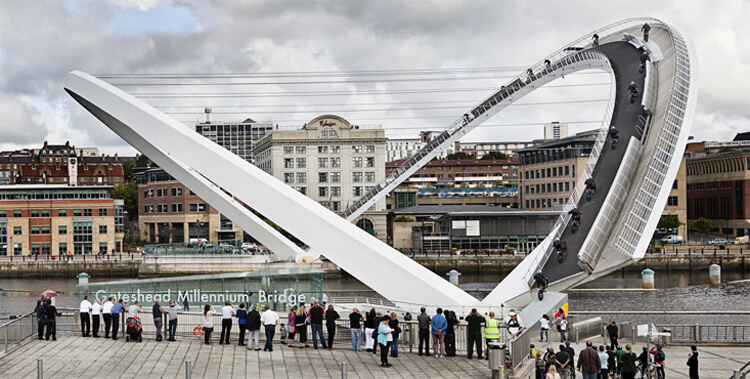 Some 36,000 people lined the banks of the River Tyne to watch the world’s first tilting bridge tilt for the first time on June 28, 2001. In just four and a half minutes, eight motors whirl in to action to rotate 850 tons of weight so that ships can pass beneath the Gateshead Millennium Bridge. It’s an award-winning engineering feat you won’t want to miss in action when visiting Newcastle. Check the Gateshead Millennium Bridge’s website for tilt times as they change daily. 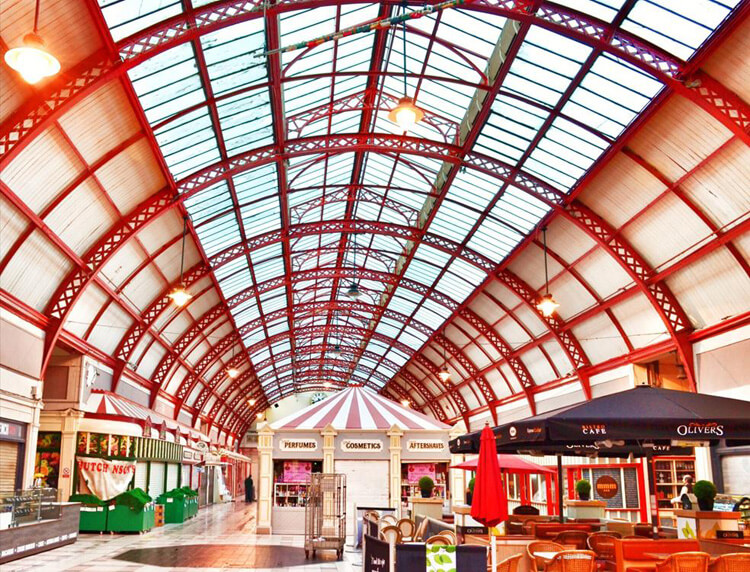 5. Shop Until You Drop in Grainger Market

Grainger Market is a real piece of Newcastle history. It was the largest covered market in Europe when it was first built in 1835 and today is home to shops selling everything from fresh produce and take-away food to clothes and crafts. The market is also home to the world’s oldest Marks & Spencer store. 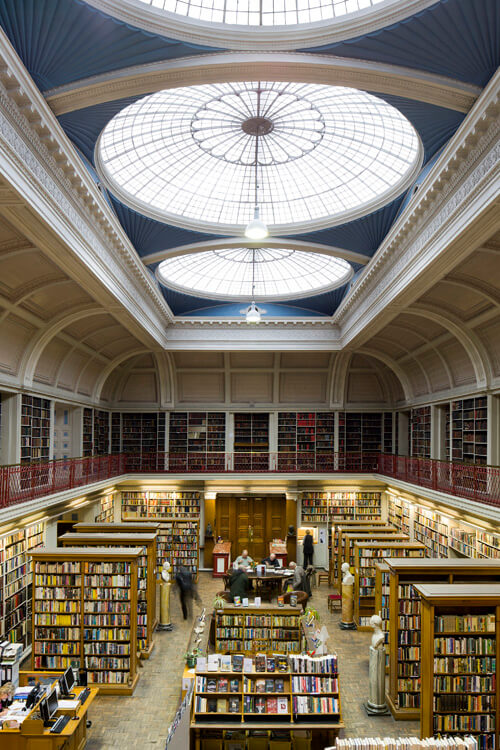 6. Immerse Yourself in Books and History at the Literary and Philosophical Society

Started in 1793 as a “conversation club”, the Literary and Philosophical Society is a private library. Oscar Wilde and Edith Sitwell have even lectured there. Though only members can take books out, it is open to the public for browsing and reading. Stepping inside is like stepping back into the Victorian era and you’ll enjoy sitting in the leather armchairs with a cup of coffee (or tea, this is Britain after all!) while perusing a book or the paper. There are also a number of events and concerts each month that are open to the public. 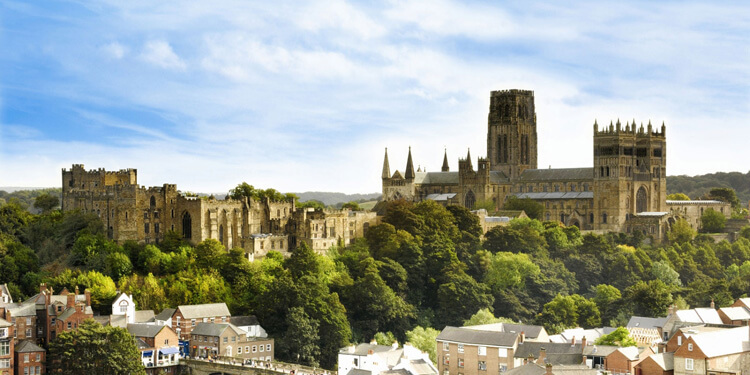 Durham Cathedral is said to be the greatest Norman building in England, and probably even in Europe. Because of this and its breathtaking setting, Durham Cathedral is also a UNESCO World Heritage Site and one of Britain’s fist UNESCO sites. Saint Cuthbert, whose pilgrims would come to be healed just by being in his presence, is buried in the church. You can also climb the 325 steps of the tower for spectacular views over Durham. Of course, Harry Potter fans won’t want to miss a visit as this is another spectacular filming location and the setting where Harry sets his owl flying in Harry Potter and the Philosopher’s Stone.

8. Have a Night Out on the Town

You don’t have to be a club-goer to enjoy Newcastle’s nightlife, although there are plenty of bustling clubs if that is your thing. There are also cozy pubs serving up craft beer and Newcastle’s own Newcastle Brown Ale. No matter what you think constitutes a rockin’ Saturday night, you’ll find everything from comedy clubs to concert halls. 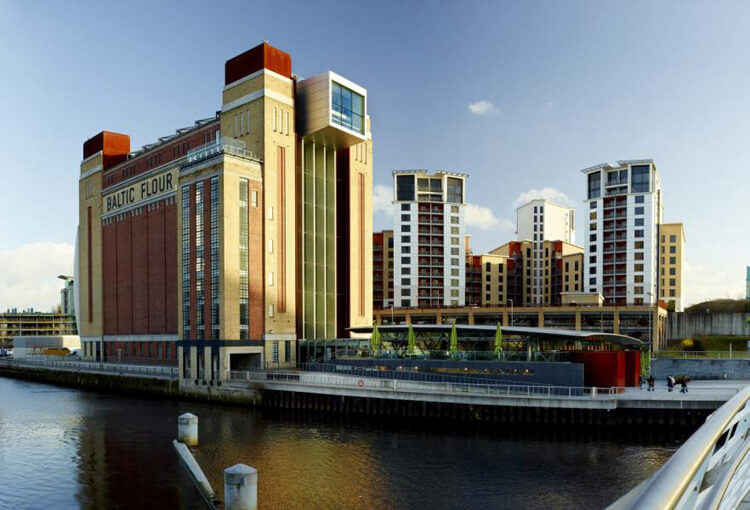 9. Get Cultured at the BALTIC Centre for Contemporary Art

Housed in a converted flour mill, the BALTIC Centre for Contemporary Art has a constantly changing program of exhibitions and events. With five different galleries, it’s the biggest gallery of its kind in the world. It also has a roof top restaurant with amazing, panoramic views of Tyneside. Best of all, admission is free.

10. Enjoy the Great Outdoors in the Lake District

With misty mountains and mirror-like lakes, the Lake District National Park is a haven for outdoor enthusiasts. It has something from everyone from a boat trip around England’s largest lake, Windermere, to hiking miles away from anyone. If you’re adventurous, you might want to climb the Via Ferrata XTreme at Honister Mine. With cozy cottages tucked away in charming towns throughout the Lake District, you can even combine a little adventure and romance.

This post is brought to you by Visit Britain. However, Luxe Adventure Traveler maintains full editorial control of the content published on this site.