Once upon a time I wrote the still wildly popular guide to Italian coffees. After seven years of living in Italy and traveling around Europe, you think I’d be a pro at ordering coffee just about anywhere on this continent. But I’ve quickly come to realize that living in Italy only truly made me an expert about Italy’s customs and quirks. My new French residency means I’ve had to re-learn even the simplest of things, like ordering coffee. So I teamed up with Gourmesso to put together this guide on five types of French coffee. 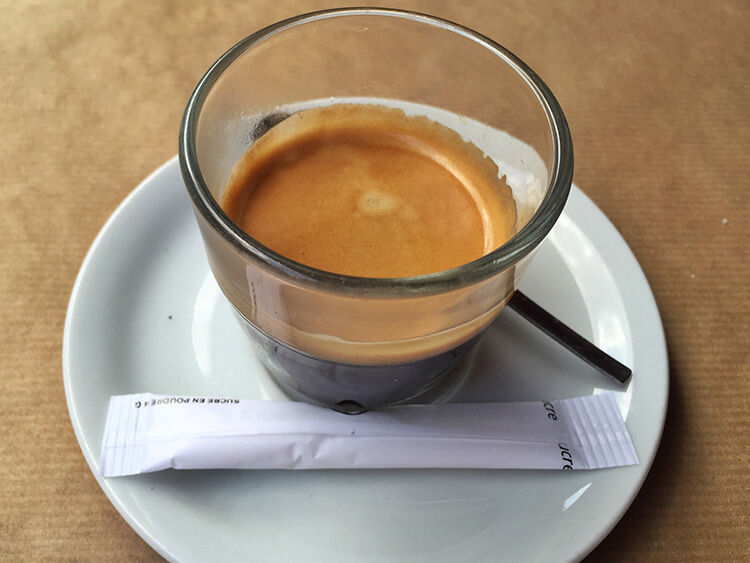 Café is an espresso

You can also ask for un double café, which is a double shot of espresso if you need a little extra because you indulged in too much French wine the night before! 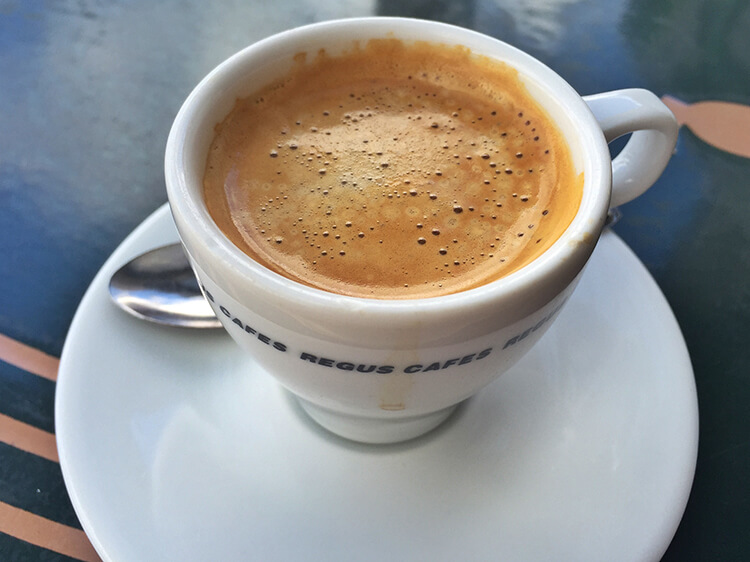 Noisette is an espresso with a dew drops of milk

Une noisette is the French equivalent of the Italian macchiato. It’s a shot of espresso with a drop or two of milk or cream and served in the same espresso cup that café is served in.

Noisette is French for hazelnut and this coffee is named noisette because of the hazelnut color the espresso and cream makes. 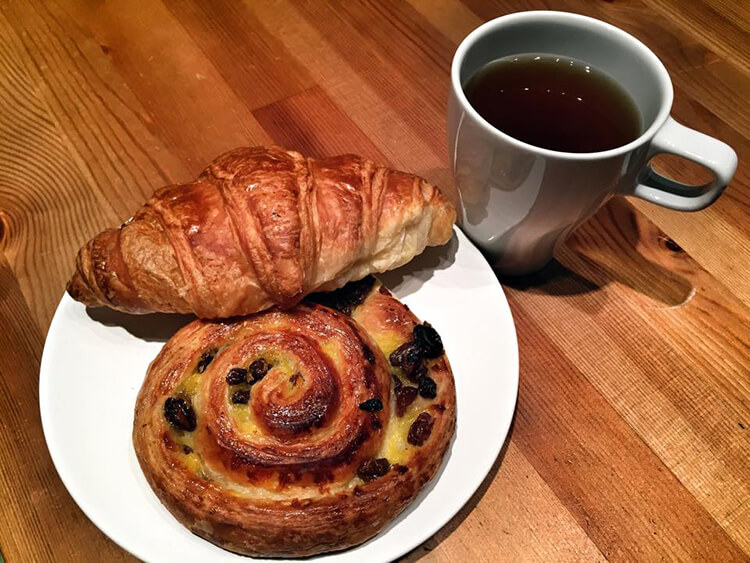 Café Americain is filtered coffee and named as such because it’s closest to the type of coffee we Americans would brew up in a coffee pot. Unlike the typical American bottomless cups though, it will not be refilled.

I’m a cappuccino drinker, so this was the most important one for me to promptly learn! Cappuccino is Italian and you never want to order “cappuccino” in France. You’ll be understood, but a local would never order a cappuccino and you’ll likely be charged the tourist price. Instead, order un café crème. It’s an espresso topped off with a lot of milky foam. And it’s typically served in a bowl.

Just as in Italy, the French also consider this a breakfast only drink and it’s never drunk by the French after 11am. While I would totally order a cappuccino any time of the day and completely disregard the Italians’ digestion rules, you’ll get a few looks if you drink your bowl of coffee after dinner.

Un déca is simply a decaffeinated version of espresso.

As you can see, there are far less coffee variations in France than in Italy. I personally find French coffee much more bitter than Italian coffee, as well as more expensive. I quickly purchased a Nespresso machine and make my own at home with my Nespresso compatible Gourmesso capsules (vanilla or caramel are favorites!).

There is something to be said for the ambiance of a terrace on a sunny morning though. The coffee drinking etiquette is to sit and enjoy your coffee on a terrace or take it to go (à emporter means to go if you’re ordering from a corner store or a café that offers the option). While the French coffee is a little pricier and more bitter, it’s a far more civilized way to enjoy it than elbowing your way up to a bar and shooting your coffee back like a shot of tequila as you would in Italy.

This article contains affiliate links. When you shop on Amazon through our affiliate site, we earn a small commission at no additional cost to you.