You are here: Home / Europe / United Kingdom / A Royal Day Out at Buckingham Palace 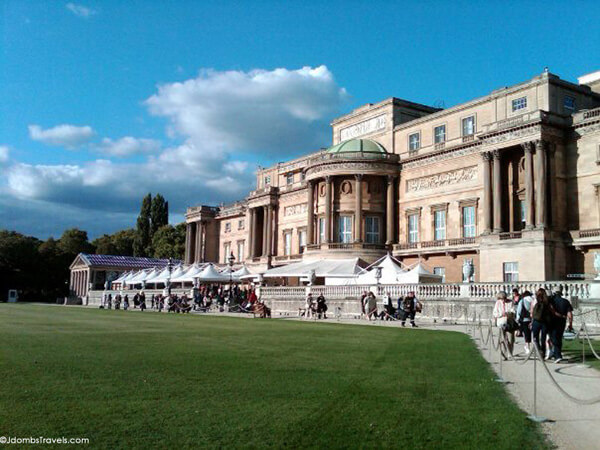 Buckingham Palace serves as the London residence of The Queen. During August and September, when the Palace is not being used in its official capacity, the magnificent Buckingham Palace State Rooms are opened to visitors. A bit enthralled with the royals, I wasn’t going to miss a chance to walk the same halls as The Queen. Even the ticket, which must be reserved in advance, arrived with pomp and circumstance proclaiming it was Royal Mail and I squealed with delight as I opened the very official royal purple envelop embossed with the golden crown inviting me to Buckingham Palace.

The State Rooms are lavishly furnished with some of the greatest treasures from the Royal Collection – paintings by Rembrandt, Rubens, Poussin, Canaletto and Claude; sculpture by Canova and Chantrey; exquisite examples of Sèvres porcelain, and some of the finest English and French furniture in the world.

Each summer opening of the Buckingham Palace State Rooms also features special exhibitions and the 2011 opening, which is the year I visited, had two. The Royal Fabergé, a collection of over 100 masterpieces by Peter Carl Fabergé, the greatest Russian jeweler and golsmith of the early 20th century. The Royal Fabergé exhibit explored how six successive generations of the British Royal Family, from Queen Victoria to The Queen have shaped the finest collection of Fabergé in the world. 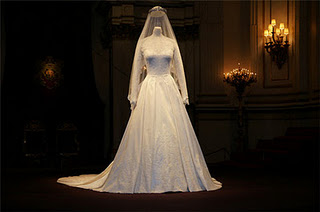 A special display of Catherine, The Duchess of Cambridge’s royal wedding dress, designed by Sarah Burton of Alexander McQueen, was the highlight of my visit. I had sat glued to my tv during the Royal Wedding only a few months before and seeing the dress in person almost made up for not being in London for the celebration.The dress is stunning and yet a bit ghostly as it is displayed in a very low lit room on a headless mannequin. A short video played of Sarah Burton explaining the construction of the dress.

Also on display were the diamond acorn earrings gifted to Duchess Kate by her parents, the Cartier Halo tiara loaned to her by The Queen, and a silk flower replica of her bridal bouquet. The traditional fruitcake that served as Wils and Kate’s wedding cake, though they actually ate Wils’ favorite, a chocolate biscuit cake, was also on display in the State Dining Room. Even though photographs aren’t allowed in the Buckingham Palace State Rooms, I was too enthralled with the Royal Wedding hoopla to not discreetly sneak a few (no flash!) with my BlackBerry. 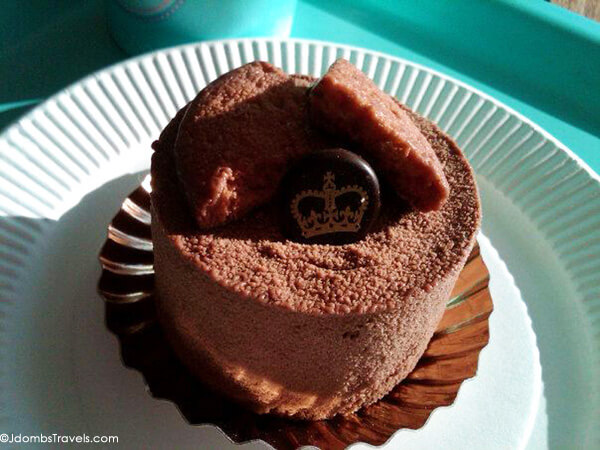 The tour of the State Rooms leaves through the Buckingham Palace Gardens. I stopped at the cafe to snack on a miniature chocolate biscuit cake, a favorite of Prince William and also served at the Royal Wedding. A stroll through the Palace Gardens lead me by The Queen’s private pond before depositing me back out onto the street and into reality. 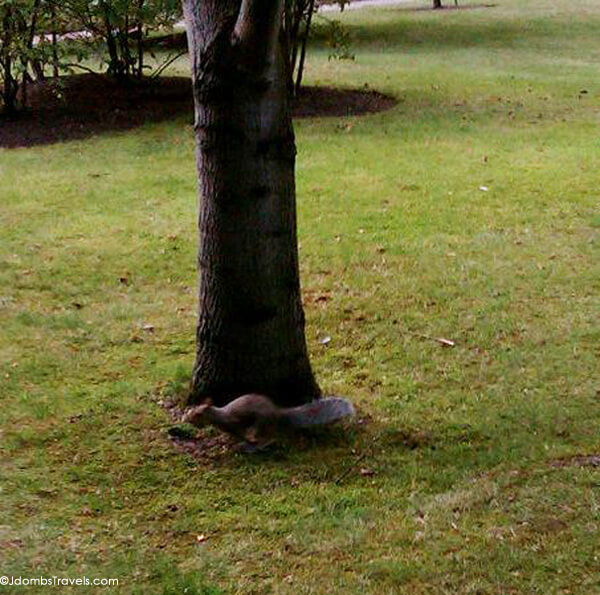