You are here: Home / Products We Love / Best Power Banks for Charging Up Your Phone on the Go 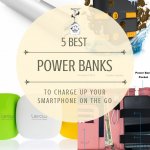 These days our smartphones are practically an extension of us. And when it comes to traveling, they serve as mobile boarding passes, guidebooks, GPS navigation systems and cameras. There’s almost nothing worse than watching your smartphone hit the dreaded 20% battery indicator and then drain down as you pray it guides you to your next destination before it shuts down. A portable phone charger can charge up your smartphone on the go and as much as we all depend on our phones for these days, it’s an invaluable tech tool to have on hand. There’s thousands of power bank chargers out there, and they definitely aren’t all created equal. We’ve tested our fair share of them with our iPhones and rounded up our favorites based on their charging-up power and portability. No matter whether you’re headed out in to the wilds for a rugged outdoor adventure or on your next city break, these are the best power banks for charging up your phone on the go. 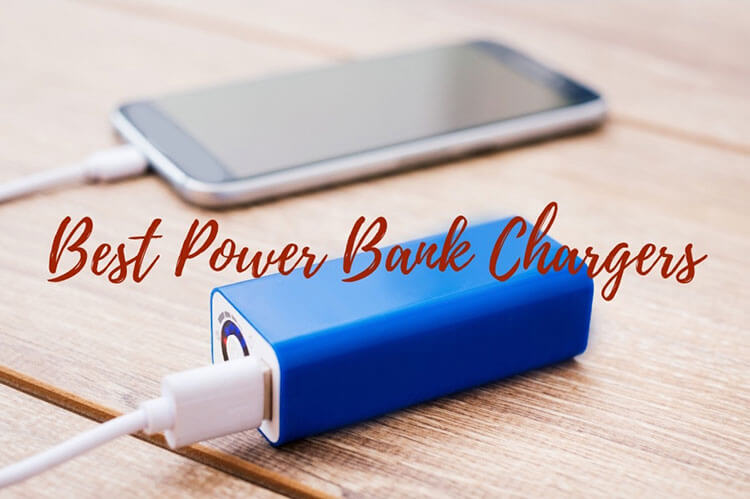 The Most Important Features to Consider When Buying a Power Bank

We’ve had a lot of power banks and portable chargers over the years. If you’re phone is essentially a work tool, as it us for us while we travel, then choosing a portable charger based on design isn’t enough.

Power banks can tell you their theoretical charging capability by that mAh number on them, which is a number that’s often meaningless to most of us. mAh is the battery capacity in layman’s terms. Today’s smartphones have the average battery capacity of 2800mAh. That means that a 6000mAh power bank should fully charge up your phone twice and a tablet 1.5 times.

Aside from mAh, how quickly the power bank charges up our phones, how long the power bank holds it charge and the ease of portability are the most important features to us. 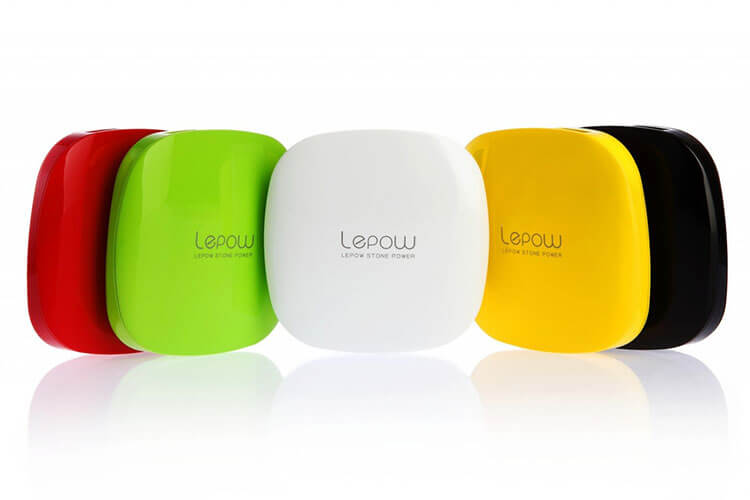 Our Lepow Moonstone is still going strong after years of use

We’ve owned our very same Lepow power bank since 2014 and this little guy is still going strong. The version we have is the 6000mAh, which will charge up an iPhone 8 two full charges. Lepow does make a 10000mAh version, though we haven’t had the need to upgrade yet.

We like that the Lepow Moonstone has two USB outputs, which means we can both charge up our iPhones at the same time from one portable charger. We’ve also used this power bank to charge up our DJI Mavic Pro remote controller. One power output is actually a fast charging power bank output, while the other is the same equivalent of plugging your phone in with a wall charger. It takes about 2 hours to fully charge an iPhone from the regular output and half of that to fully charge an iPhone from the fast output.

Lepow Moonstone is capable of holding its charge for weeks at a time. And even though ours is now four years old, it still charges up to 100%, holds its’ charge and charges our iPhones fully twice before the power bank needs recharged. It weighs 5.5 ounces and the square shape is equivalent to putting a powder compact in my purse. Tim can also comfortably put it the pockets of his cargo shorts, but it’s a little too fat to comfortably put in the pockets of jeans. It comes with a felt pouch and charging cable. 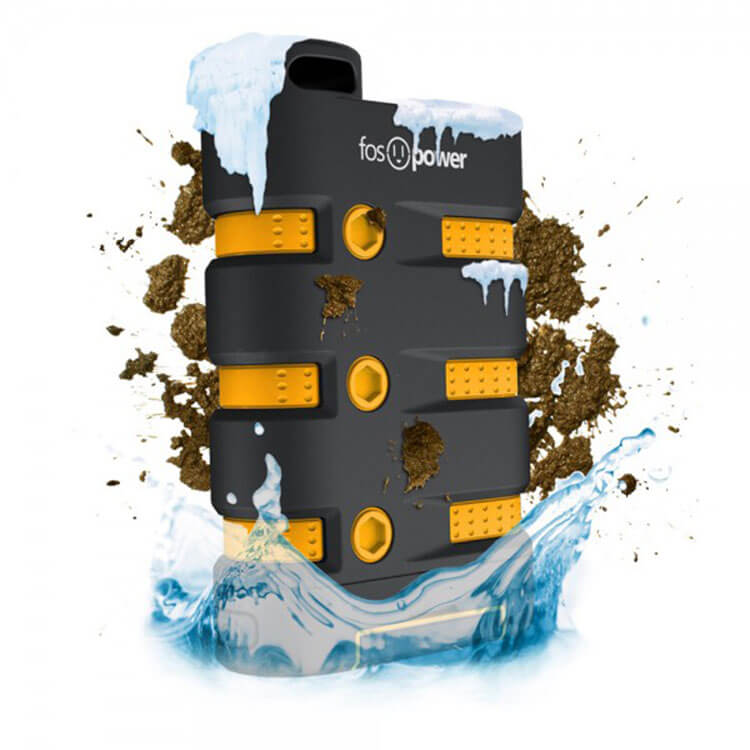 Fospower Power Active holds up in the most rugged conditions

The Fospower PowerActive portable power bank is advertised to be waterproof, snow proof, dirt proof and drop proof. We decided to put it to the test on our trip to Oman, where we spent the majority of our time either diving or in the desert.

It’s 10200mAh, which will fully charge up an iPhone 8 4-5 times. There’s one 2.1A output, so you can only charge up one device at a time but it charges up devices quickly for a full charge in about 1 hour. The power bank holds its charge for about a week.

It weighs 7.8 ounces and it’s compact, but best for carrying inside of a bag or backpack. It’s just slightly too big to really carry in a pocket.

As for the waterproof, it can withstand being submerged in 3-feet of water for up to 30 minutes. The cover seal to the port needs to be closed securely, and it withstood getting wet while our bag sat on the floor of the dive boat. It would have also been a great portable charger for iPhone to have during those downpours while we were trekking in Nepal, because it’s just one less electronic device and piece of camera equipment we need to ensure gets stuffed in to a dry sack.

It definitely held its own when it came to being dirt proof. After getting hit with a surprise sandstorm that was like Imhotep had raised up a wall of sand and dropped it down upon us à la The Mummy, the Fospower PowerActive was the only thing not pouring sand out of all of its nooks and crannies for days after. There was layer of dust and sand that covered everything, even inside of our tent, as the wind howled and whipped the fine golden sands of the Rub Al Khali into spinning cyclones traveling across Oman’s Empty Quarter all night long. The only thing that the sand wasn’t practically glued to was the power bank, which easily wiped clean thanks to it’s design.

There’s also a built in flash light, which came in handy for walking around to our tent and just being able to see once dark fell in the desert. Again, the built-in flashlight would have spared us from packing headlamps and power banks on many trips when you’re only using a headlamp to go to an from a bathroom.

The Fospower PowerActive comes with a charging cable, a strap that has a compass on it and a carabiner that attaches to the strap. 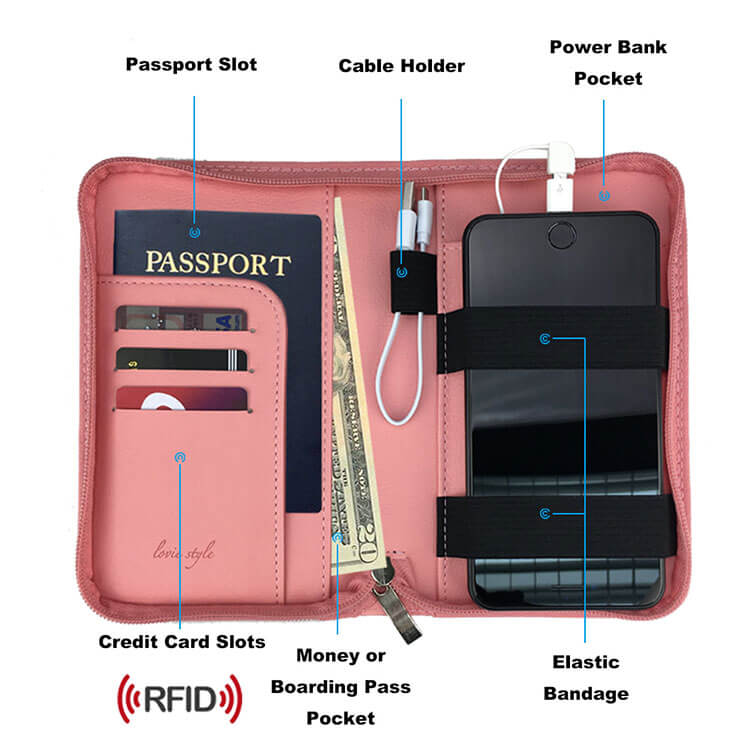 Even though our go to Lepow mobile power bank can fully charge up an iPhone twice, our work days on media trips can often stretch on for 16 hours. Between constantly recording video for Instagram Story, taking notes and other functions we use our iPhones for, we can drain our batteries quickly. We might charge up two or more times in a day. That’s why I love my Lovie Style phone charging passport holder. I almost always have it with me if we’re traveling to stash away our passports and make sure they stay in their best shape. And the Lovie Style comes with a slim 4000mAh power bank that easily slides in and out of the passport holder. We can grab it for a third iPhone power bank for a long day out.

At 4000mAh, the slim power bank charges up an iPhone fully once. It’s just 1 centimeter thick, so it’s very easy to stash in a purse or pocket without taking up much space at all.

The Lovie Style phone charging passport holder comes with the power bank, which has built in lightning & micro USB cables. 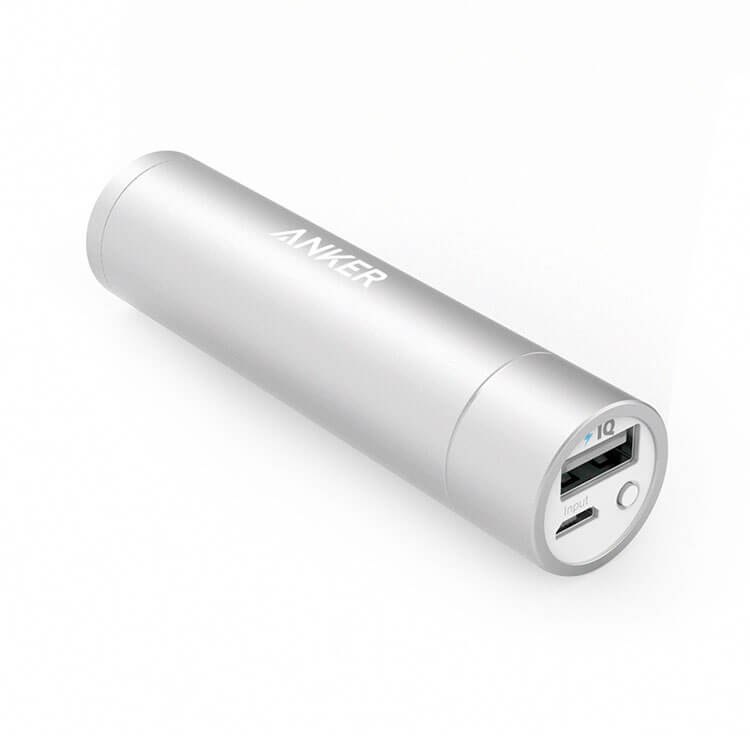 Sometimes you just need a really compact phone battery charger that is small enough to toss inside of an evening bag or put in a pocket. Anker PowerCore Mini delivers 3350mAh charging power in a chapstick-sized tube. It charges up an iPhone 8 fully in about 3-4 hours.

It comes in five different colors from black to a feminine metallic pink. It also has a multi-protect system to keep electronic threats like short circuits at bay. It’s a favorite with more than 26,000 reviews on Amazon and has a 4.5 star rating.

This article contains affiliate links. When you shop on Amazon through our affiliate site, we earn a small commission at no additional cost to you.