You are here: Home / Europe / Germany / Ghouls and Goblins at Burg Frankenstein Tim and I first met when we were both living in Las Vegas in the early 2000s. I’m not sure I had even ever been to a Halloween haunted house before moving there for college, but each Halloween it became Tim and my tradition to visit as many of the haunted houses that temporarily popped up across the valley as possible. I’d anxiously clutch his hand as we made our way through the dark houses, ghouls popping out at us and making my heart race. I’m not sure why, but we didn’t continue our tradition when we moved to Phoenix and Halloween just isn’t celebrated in Italy. So when we heard about a Halloween haunted house at the nearly abandoned Burg Frankenstein, we just had to go and have a good fright! 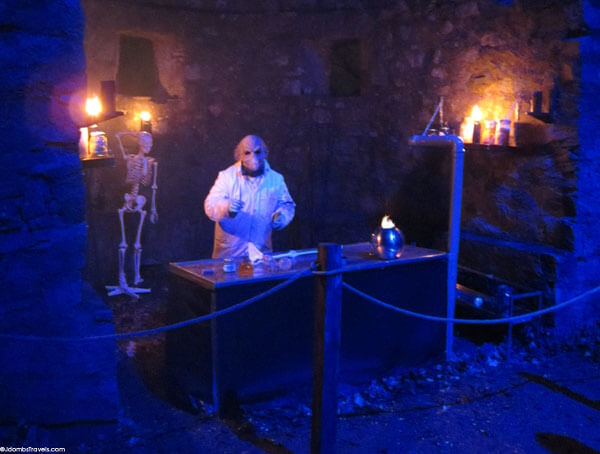 Burg Frankenstein is first mentioned in 948, when Arbogast von Frankenstein, a knight, won a contest on the grounds and built the first castle there. In the 1700’s , the castle had served as a military hospital and jail, and a female sergeant who commanded the prison was overtaken by greed and sold everything that she could, leaving the castle in ruins and abandonment. But it was in 1604 that the castle got its link to Mary Shelley’s famous novel when an alchemist named Johann Conrad Dippel dug up bodies and performed medical experiments on them at the castle. A local cleric warned the village that Dippel had created a monster sewn together of various body parts and that he came to life after being struck by a bolt of lightning. The story and history of the castle alone is enough to leave you anxious, but the real heart pounding began as we boarded a bus to take us up to the castle high on top of a hill above Darmstadt. In the pitch black, we all peered out the windows into the darkness. The bus dropped us off and in small groups we made our way along a wooded, barely lit path to the castle. I kept watch, waiting for ghouls to leap out at us from the woods. 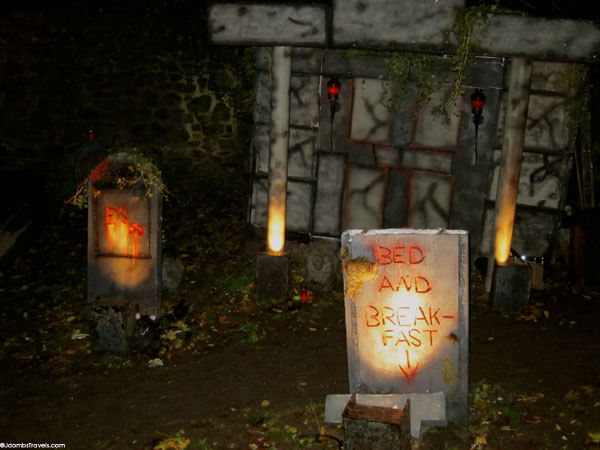 I had heard that the ghouls, vampires, and monsters can kidnap you and toss you into coffins and cages. And now after having been through the castle’s grounds of terror, I can confirm that ghouls, goblins, and the like do in fact kidnap unsuspecting guests to lock them away! I watched laughing (and praying not me!) while a Freddy Krueger-like character tossed one screaming girl over his shoulder, marched over to a trunk, placed her inside, and secured the trunk with all his weight while he sat on top. 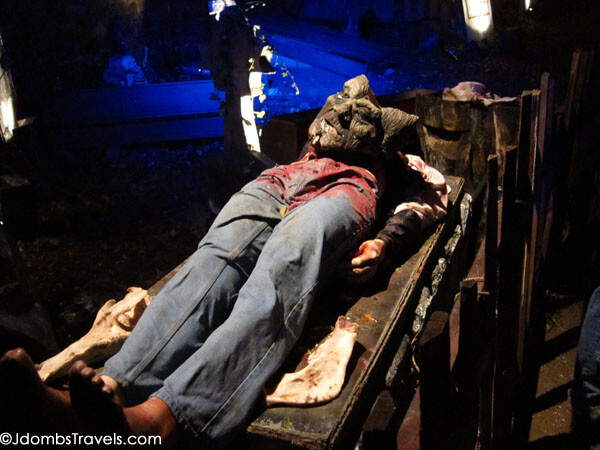 Through graveyards ghouls stalked me, all in good fun, one particularly interested in my hair. And on a more lighthearted note, the ghouls perform various short plays and musical acts throughout the night on the center stage. We laughed as a motley crew sang and danced Michael Jackson’s Thriller while a ghoul made his way through the crowd, creeping up to guests enthralled in the show and giving them a good fright with a rev of his chainsaw. 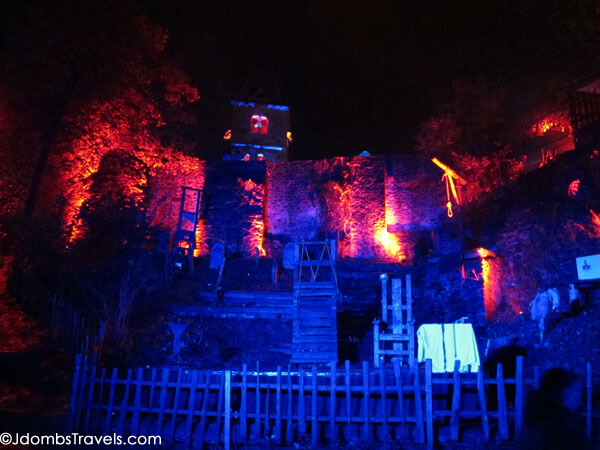 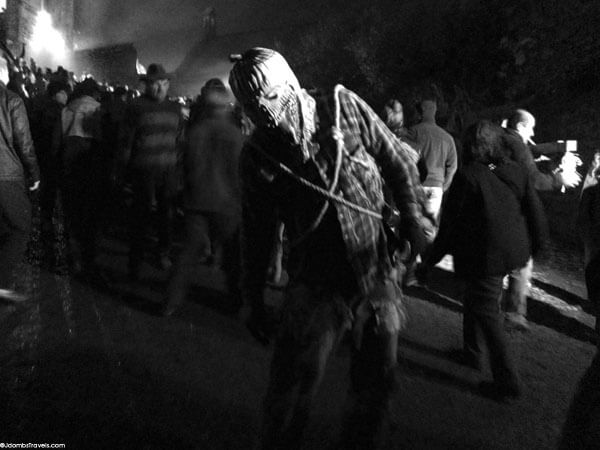 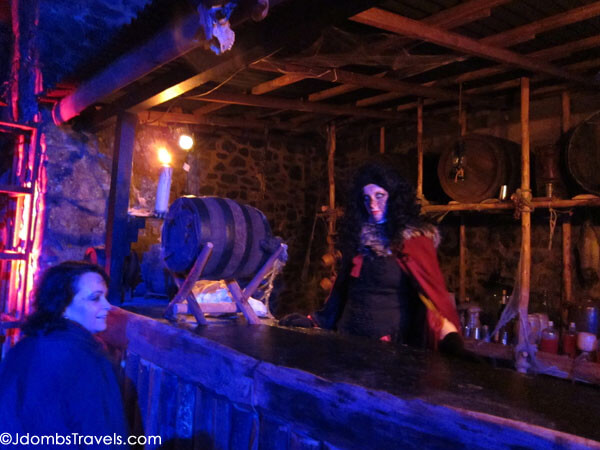 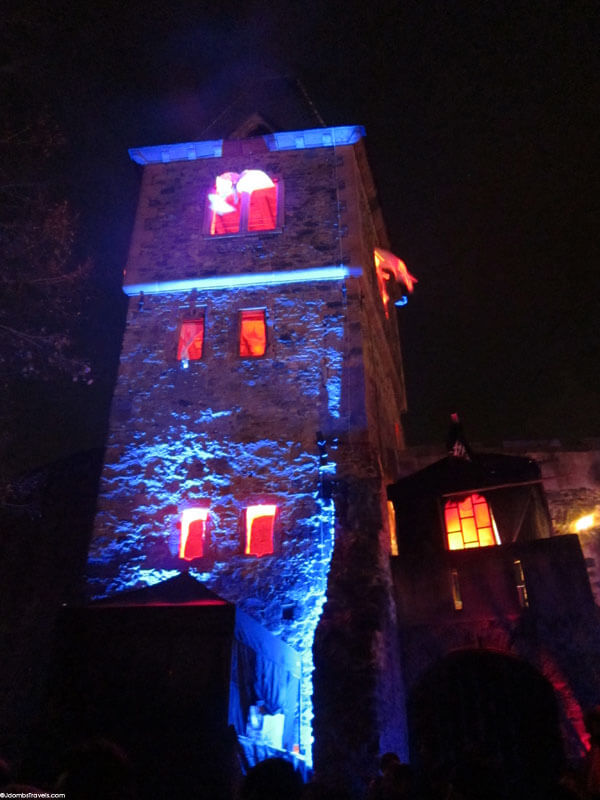