You are here: Home / Europe / Monaco / The Glitz and Glamor of the Casino de Monte-Carlo

Monte Carlo is synonymous with glitz and glamor; it’s a playground for the rich and famous, a whirlpool of extravagance, and a tax haven. The Casino de Monte-Carlo is the tiny principality’s most recognizable landmark – a pinprick on the European map really – yet, as recognizable as the Arc de Triomphe or the Leaning Tower of Pisa. It’s an unmissable Monte Carlo attraction no matter whether you came to play or just watch. 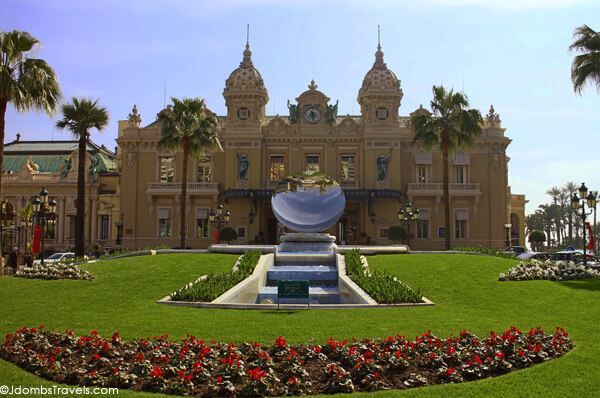 Far removed from the neon of Las Vegas, where I regularly avoided casinos after working my way through college in Caesar’s Palace, the Casino de Monte-Carlo beckons me with its’ gloriously over-the-top Belle Epoque facade. It is, after all, one of the oldest casinos in the world with its inauguration dating back to 1863.

It was Prince Albert I that laid the first stone on May 13, 1858. The casino was Prince Charles III’s idea, the then Sovereign, and he entrusted the development of the project to French entrepreneur and founder of “Société des Bains de Mer et du Cercle des Etrangers à Monaco” (S.B.M.) François Blanc. Blanc in turn called upon the world’s best architects, including Charles Garnier who had just completed the Paris Opera House.

Stepping through the casino’s doors is like stepping back in time. You can’t help but feel posh under the clusters of chandeliers and ceilings coated in gold. It’s no wonder the beauty of the casino inspired Ian Fleming’s description of a fictional casino in his first novel Casino Royale and later served as the filming location in several James Bond movies. La Salle Europe was the first gambling lounge built in the casino by architech Dutrou in 1865. It was re-done by Charles Garnier in 1878 and then again by Henri Schmit in 1898. Eight Bohemian crystal chandeliers that weigh more than 150 kilograms each light the room and illuminate the frescoes, which were all painted in 1898. Today the room houses the American games. 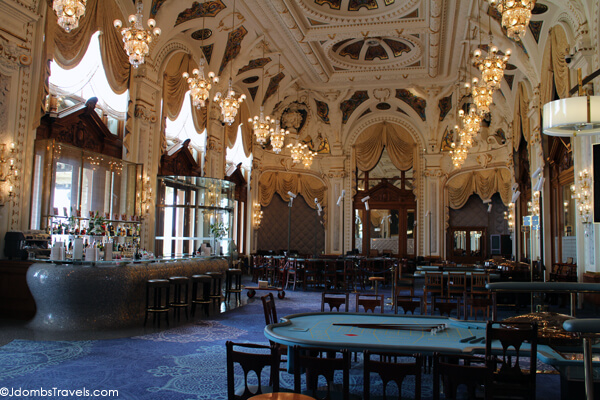 On the right of La Salle Europe is the Salon Rose, which is also known as the Blue Train restaurant. The decor is a reproduction of a dining room from the Wagon-Lits (a company that was the historical operator of the Orient Express) Belle Epoque period down to the finest detail. There are gaming tables here, but the room also houses a restaurant. This room is named after its architect, Francois Medecin, and is decorated in bronze, empire green, and mahogany. All the paintings are by one artist and represent the various moments throughout the day. When the casino is open for gambling, La Salle Medecin is open only to members. A private gaming room is also available for use to Monte Carlo SBM guests holding the elite Cercle Monte-Carlo card for the most intimate of games. The gorgeous Les Salles Touzet were perhaps my favorite rooms. The walls are decorated with masterful paintings, but the stunner is the stained glass roof. The decor just made me want to linger, soaking in the opulence of it all.

We found it interesting to learn that citizens of Monaco are actually forbidden from entering the gaming rooms. This is because Monaco enjoys a tax-free status and its citizens cannot try their luck at the casino. So if you visit after 2pm, the time the casino opens for gambling each day, you’re sure to know that all of the gamblers are foreigners to Monaco!

Disclosure: Our trip to Monte Carlo was hosted by Monte Carlo SBM in order to bring you this story. As always, all opinions are entirely our own.