You are here: Home / Middle East / The Dancing Dubai Fountain 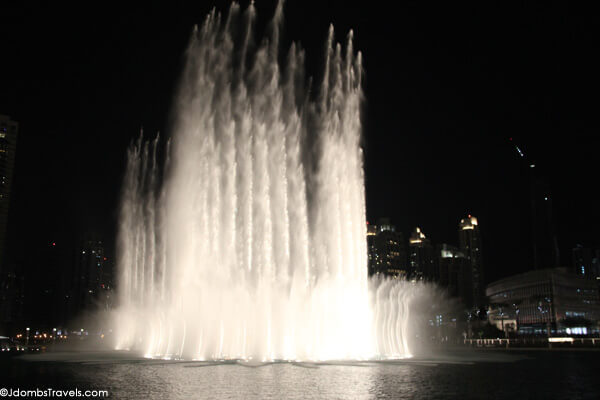 Tim and I met in Las Vegas. I was living there to attend college at the University of Nevada, Las Vegas and Tim got stationed at Nellis Air Force Base as his first base. My apartment was located just one street over from Las Vegas Boulevard and both being pretty poor in those days, free shows on The Strip were a regular source of entertainment. We’d visit the lions at MGM Grand, see the volcano erupt at The Mirage, watch the pirates battle it out at Treasure Island, and of course be mesmerized by the romantic, dancing waters of the Bellagio Fountain. Dubai felt a lot like Las Vegas with fancy cars, its over-the-top buildings, and the Dubai Fountain. 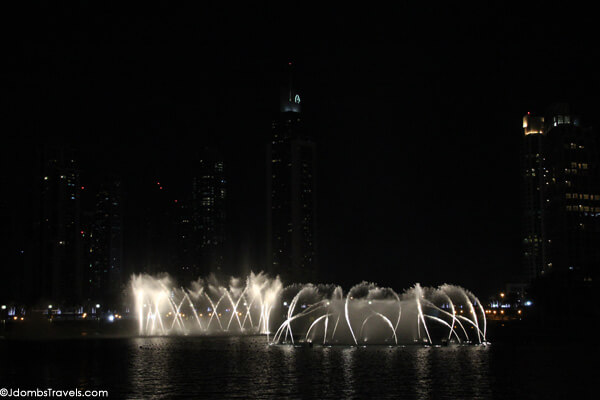 We patiently waited along the Waterfront Promenade as dusk settled on Dubai for the first show to start. The first strands of Sama Dubai, a tribute to Dubai’s ruler Sheikh Mohammed, struck the air. Tiny, delicate sprays danced to the music and then suddenly huge gushes thundered into the air, punctuating the melody with a boom. 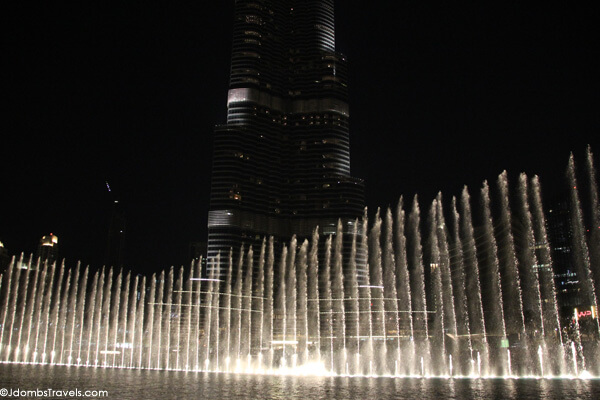 We oohed and aah-ed as the sprays shot up to nearly 500 feet in the air, almost as tall as a 50 story building. 6,600 fountain lights and 25 color projectors create a visual spectrum as the 22,000 gallons of water are airborne.

We watched the first show from the Waterfront Promenade outside of the Dubai Mall. After, we crossed the bridge to the souk and watched the second show from a far less crowded balcony there. The second show was no less impressive and even more romantic with “front row” viewing and a balcony practically to ourselves.