Lago Dobbiaco is nestled in the picturesque Dolomites on the Italy/Austria border.  Dobbiaco, Toblach in German, is a city in the Trentino-Alto Adige region of Italy. Every year, Dobbiaco hosts an annual Balloon Festival. We missed it by a weekend, but there were still a few balloons in the air. Cross country ski trails abound all the way from Dobbiaco to Cortina d’Ampezzo. We picked the trail that started alongside the lake and wound around a half frozen creek. The trees all had a sprinkling of snow and the snow on the ground was covered in a crystallized blanket. 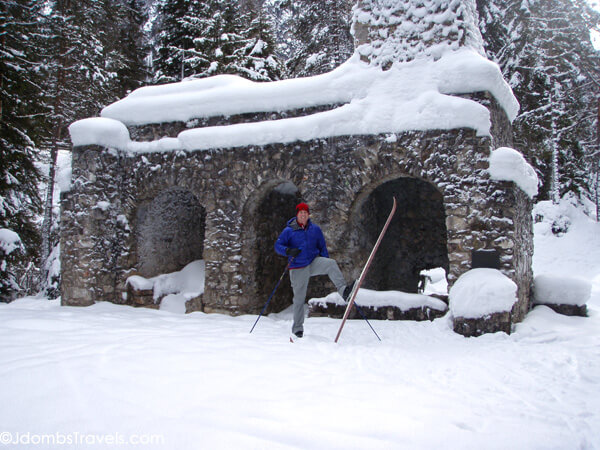 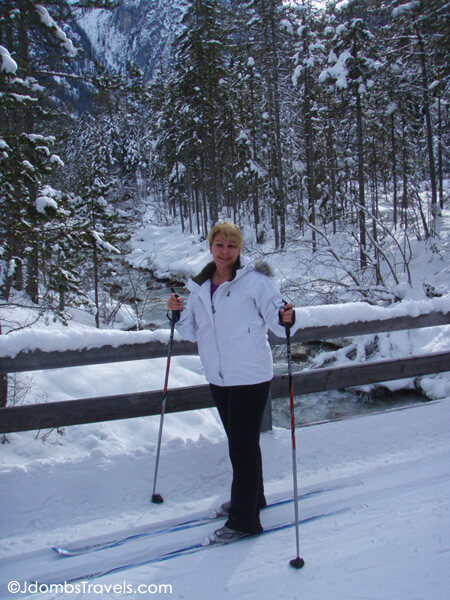 After cross country skiing for about 3 to 4 miles, we watched the locals having a blast playing some form of curling on the frozen lake. Someone had even arrived to take part in the fun on their horse-drawn sleigh! And what Italian winter event would be complete without some vin brule (hot mulled wine)?

Hungry from our workout skiing, we stopped for lunch at Lago Landro, which was also completely frozen over with a cross country ski trail running straight across it. Being on the Austria border, the menu offered a mix of Italian and German fare. We sampled vegetable goulash, stuffed baked potatoes, and wurstel. Next stop was the town of Cortina d’Ampezzo, which hosted the 1956 Winter Olympic Games. Encircled  360° by the Dolomites and known for its’ scenery, winter sports, and skiing, it is no wonder Cortina has had many major motion pictures filmed there. Much of 1963 classic The Pink Panther was filmed there, one of the memorable James Bond stunt sequences in 1981’s For Your Eyes Only was filmed on its slopes, as were several scenes in the film Cliffhanger. The Olympic Ski Jump, Ice Stadium, and Bobsled Run from the 1956 Winter Olympic Games are still there and all are still in use for annual World Cups and World Championships. The Ice Stadium is also open to the public for ice skating.