You are here: Home / Europe / Italy / Our Favorite Christmas Markets of the Veneto 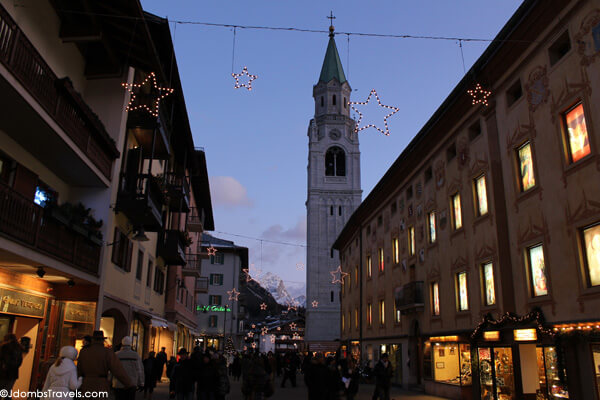 The Veneto region is home to one of Italy’s most famous cities, Venice. Venice is beautiful any time of the year but there is just something magical about venturing out in the Veneto region to villages framed by the snowy Dolomites. Here are three of our favorite Christmas Markets of the Veneto: 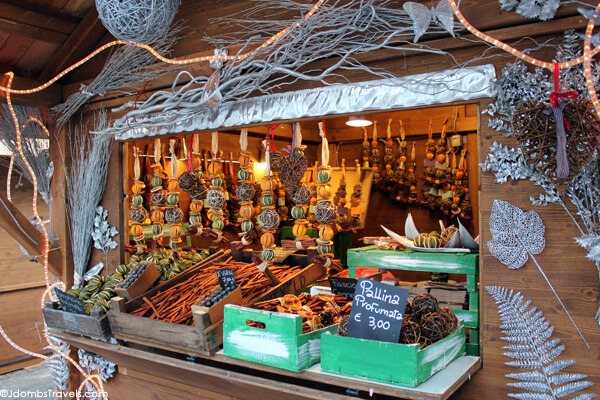 Twenty or so wooden huts line the famous pedestrian street, Corso Italia, selling traditional gifts of the region like sheepskin slippers and mittens, soaps, and sweet smelling dried citrus. Encircled almost entirely by the high Dolomites, Corso Italia is the perfect place to wander with a steaming cup of vin brule (mulled wine) and a paper sleeve of roasted chestnuts.

Need to get in out of the cold? Visit one of Italy’s very first cooperatives, La Cooperativa di Cortina, founded on June 28, 1893. It has three levels and sells everything from toys to skis and winter apparel and a confectionery shop on the first level. 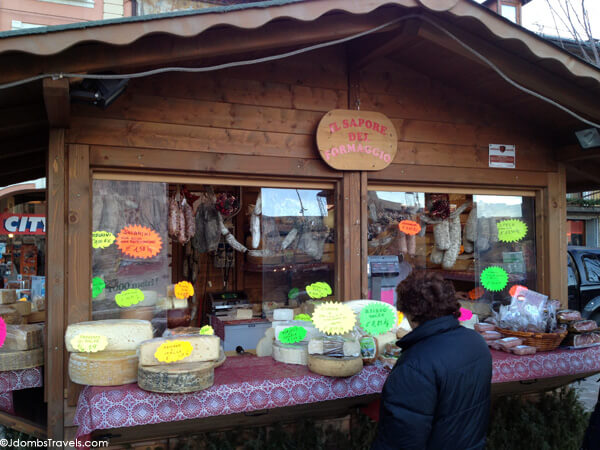 You may have heard of Asiago cheese, but there is also the charming town of Asiago (where Asiago cheese comes from!) high up on a plateau at the foot of the Alps. Wooden huts covered in glittering lights fill Piazza Carli and sell products typical of the region like handmade cloth dolls, cheese (including various types of Asiago) from the area, pastries, traditional foods, and decorations. 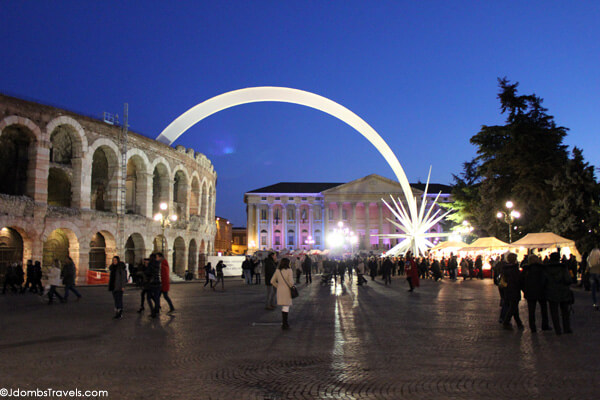 Piazza del Signori is home to a branch of the famous Nuremberg Christkindlmarkt. You can visit the wooden stalls to find traditional Bavarian Christmas decorations and foods. Sample gingerbread cookies shaped like reindeer and a wide variety of homemade breads and savory sausages. The Verona Nuremberg Christkindlmarkt is open November 22 – December 28 from 10am – 9:30pm Sunday – Thursday and 10am – 11pm Friday and Saturday. Closed December 25.

Next to the Piazza del Signori, at the foot of Verona’s highest tower, is the Piazza Mercato Vecchio. At this market we found typical products and traditional foods of the territory. Children have the opportunity to meet Santa at his house and hand painted ornaments can be found in the village shop. The Piazza Mercato Vecchio is open November 22 – December 22 from 11am – 11pm daily.

Completing the Piazza del Signori trifecta is the Piazza del Tribunale garden where you can sit and enjoy traditional sausages, breads, and cakes from the Veneto region.

In Piazza Bra, the Christmas Star shoots out of the Arena and creates a lively environment for the Santa Lucia Market. At this market, we found local handicrafts such as woolen goods and handmade soaps. The Arena also hosts the Nativity of the Arena with around 400 nativity displays from museums and private collections around the world. The Nativity of the Arena is open November 29 – January 25, 2015 from 9am – 8pm daily, including holidays.