The Lava River Cave is about 30 minutes outside of Flagstaff, Arizona. The cave was formed about 700,000 years ago, when molten lava erupted out of nearby Harts Prairie. It was found in 1915 by some lumberman. Nowadays, the Lava River Cave is an easy hike and a great place to escape the summer heat since it stays a cold 40°F (5°C). 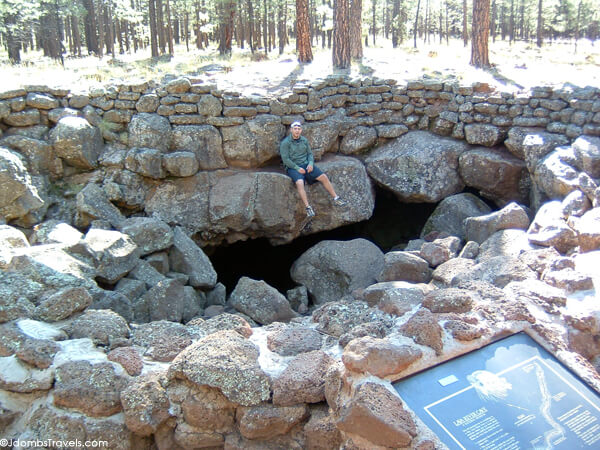 It is believed the cave was formed when molten lava erupted from a lava vent near Hart Prairie. The top, bottom, and sides of the cave solidified while lava continued to flow, giving the cave its present day shape. The cave is about .75 of a mile long and ranges in height from 30 feet to just 2 or 3 feet.

Lava River Cave is really just a long tunnel, so there’s no worry of getting lost. But remember to bring at least two light sources though, because it is completely dark with no artificial light. I would recommend a headlamp and separate flashlight. There can be low ceilings in the cave so be sure to watch your head. 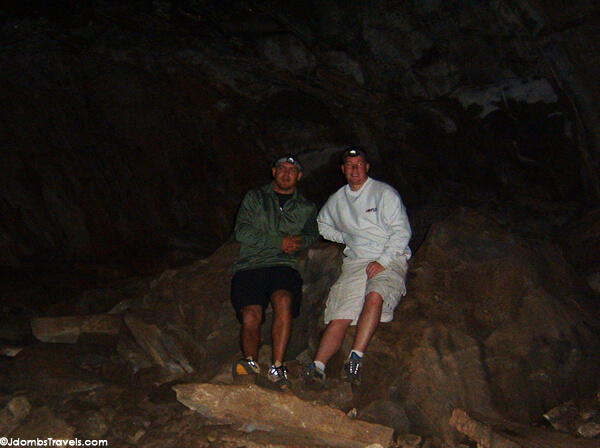 Inside the Lava River Cave

Last, please be respectful of the cave as they have fragile environments and be sure to pack out any trash you may have brought it. There were problems in the past with litter and graffiti and the major clean up effort was organized in 1991 to pack out all the trash.

Know Before You Go: 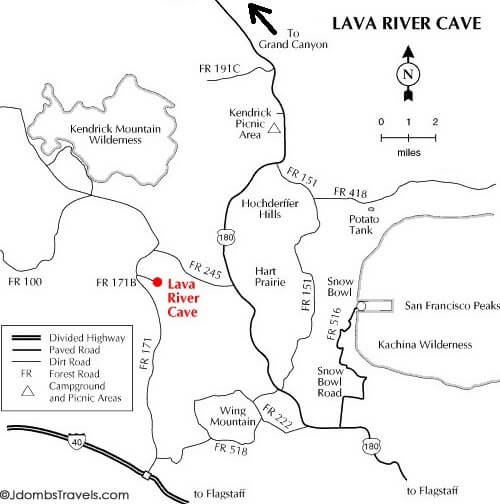