You are here: Home / Europe / Italy / Poveglia: The Haunted Island in the Venetian Lagoon

You can’t live in Venice, or as close to Venice as we do, without hearing the tall tales of the island Italians claim is the most haunted in the world. Poveglia, a island that can be compared to the size of the Sheep’s Meadow in Central Park or half of Navy Pier in Chicago, is said to be so evil that you’d be hard pressed to find an Italian willing to set foot on the island. Fisherman won’t even fish in the area surrounding Poveglia and it was completely off-limits to visitors for many years. 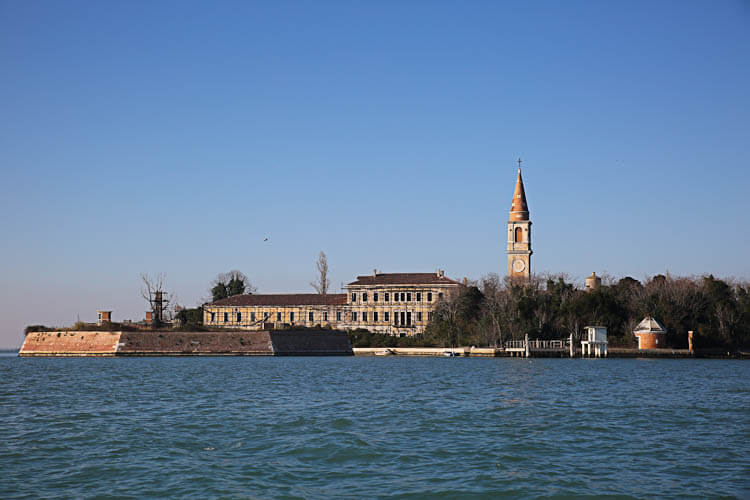 Povelgia wasn’t always an evil place where unspeakable horrors happened. The island is mentioned in documents dating back to 421 and was a flourishing economic center with a growing population up until 1378. During the war of Chioggia the people of Poveglia, called Povegliotti, were evacuated to Venice. When the war was finally over in 1381, Povelgia lay in total devastation and only a few dozen inhabitants were able to return home.

Despite the construction of one of the octagonal fortresses intended to protect the entrances to the Venetian Lagoon, Poveglia was abandoned for centuries. It wasn’t until the plague hit Venice and even killed the Doge Giovanni Mocenigo, the head of state, that the idea of a “plague island” came about. The Venetians wanted to isolate the infected and curb the spread of the disease.

There were actually other plague islands in the Lagoon. Lazzaretto Vecchio has been thoroughly explored and it’s estimated around 500 people died per day there. Archaeologists have studied the skeletons and the remains belong to remains belong to men, women, and children.

It’s thought that around 160,000 people died on Poveglia, but the island hasn’t been fully investigated like Lazzaretto Vecchio has. Being taken to the island was a sure death sentence and the people often went kicking and screaming knowing that they would live out their last days in a literal hell on earth. Some say that the soil is mostly made up of the ash of the burned victims. 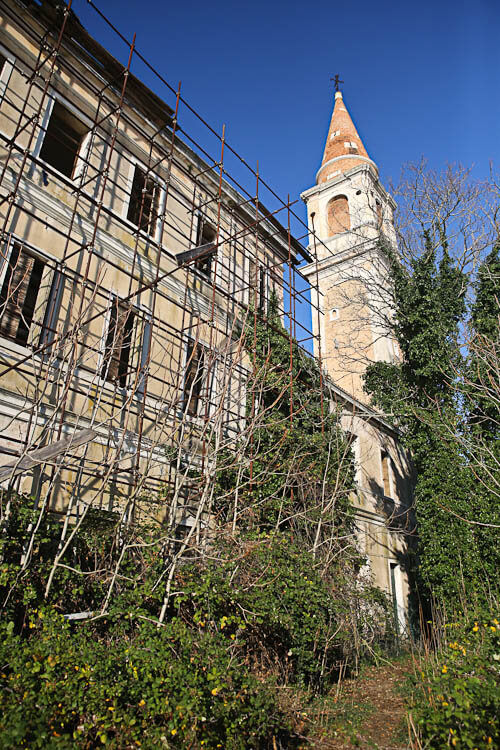 After Poveglia was used to quarantine anyone exhibiting symptoms of the plague, Napoleon used it to store weapons. He also had the 12th century church destroyed and the church’s bell tower was converted in to a lighthouse. Eventually Napoleon’s enemies discovered he was storing weapons on the island and many battles took place on it, claiming even more lives. 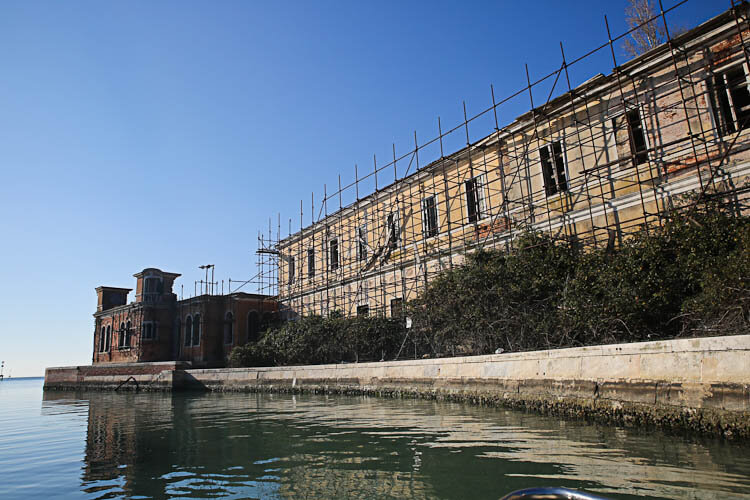 A mental hospital was opened in 1922 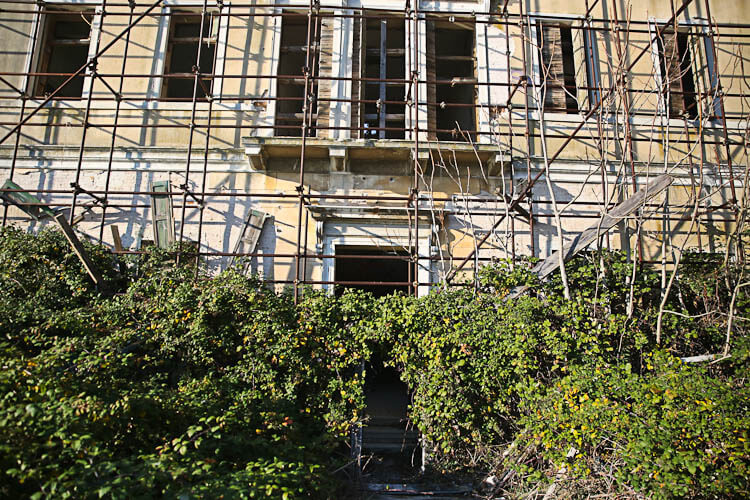 A mental hospital was opened on Poveglia in 1922. The mental hospital’s existence is confirmed by the sign that reads “Reparto Psichiatria” and remains affixed to the derelict building to this day. The rest of the events that occurred there, as told by the locals, read more like a figment of Hollywood’s imagination.

The patients, already considered to have lost their marbles, regularly reported seeing the ghosts of plague victims and said they were kept up at night from the screams of the tortured souls. Their claims were ignored. 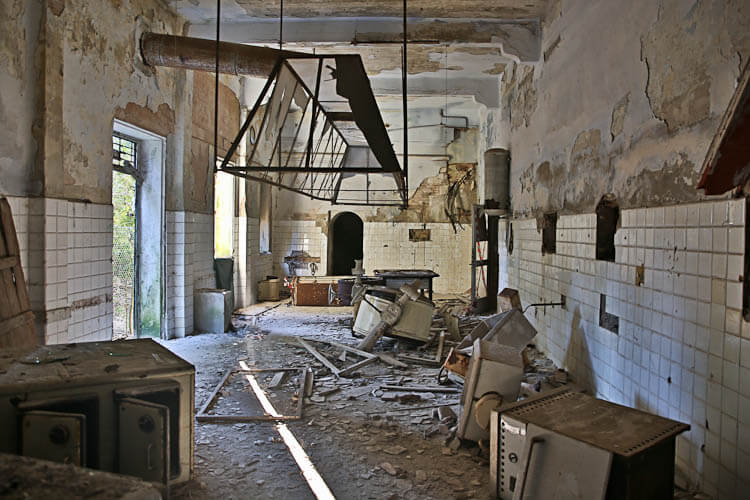 As if not already strange enough, the doctor at the mental hospital decided to try and find a cure for insanity by performing lobotomies on the patients. The tales say that he used cruel methods to perform the lobotomies such as using hand drills. Some of the odd machines can still be seen in the rooms of the hospital today. 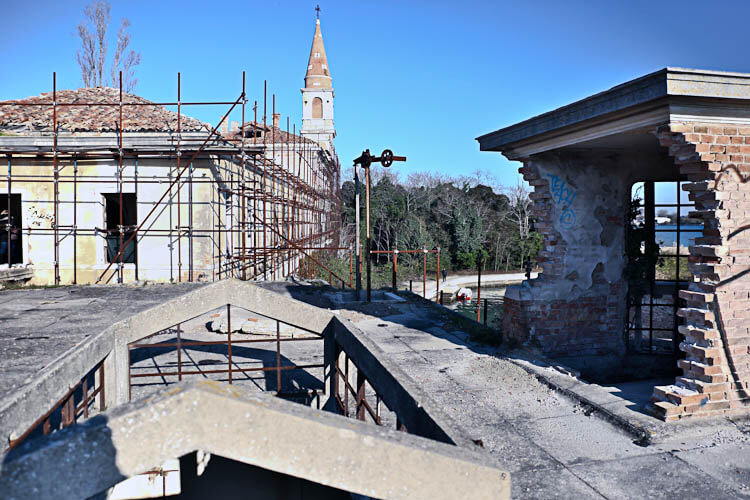 It’s also said that a number of patients were taken to the bell tower where they were subjected to a special kind of torture. But we’ll never know for sure what exactly occurred there because the doctor eventually threw himself from the bell tower claiming just before that the patients had driven him mad. A nurse is said to have witnessed the whole event, but it is unclear whether the doctor did in fact kill himself or whether someone else threw him from the bell tower. 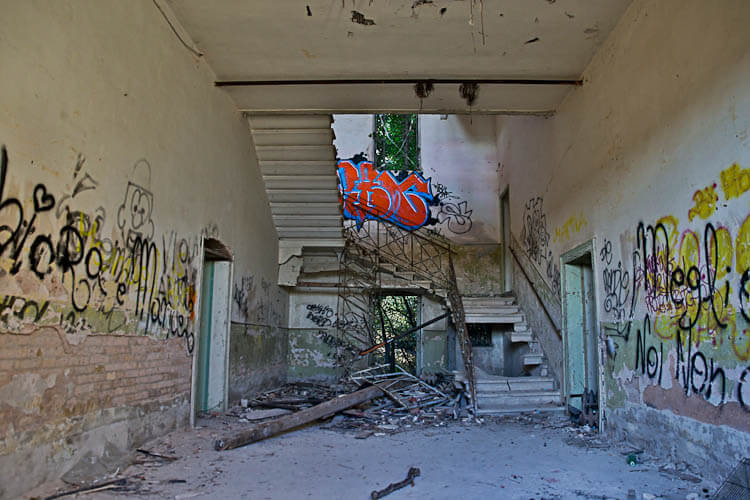 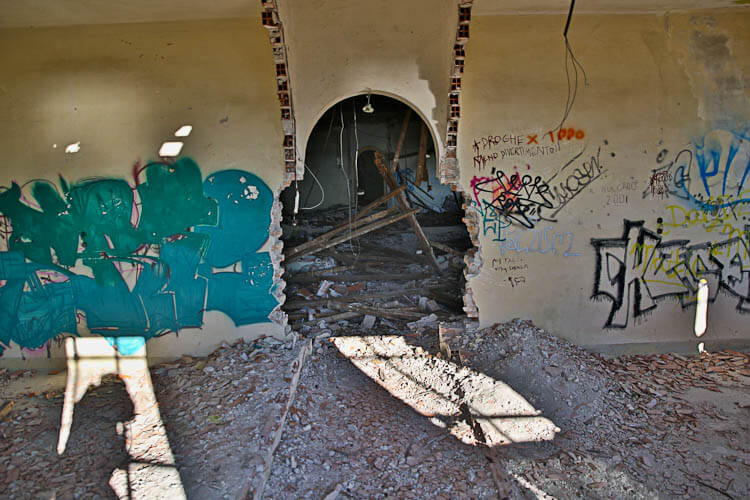 In 1968 after the doctor’s death, the hospital was closed and the island was once again completely abandoned. 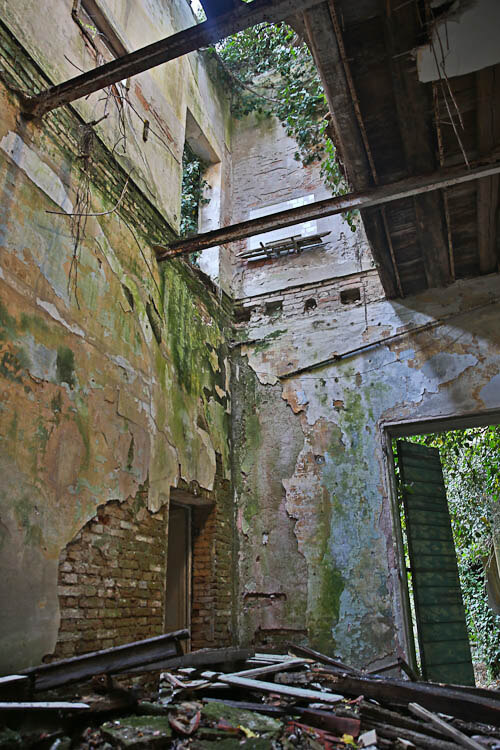 Few people have set foot on Poveglia since 1968 as it was completely off-limits for visitors. Paranormal shows like Ghost Adventures and Scariest Places on Earth both got permission to visit the island and filmed there. 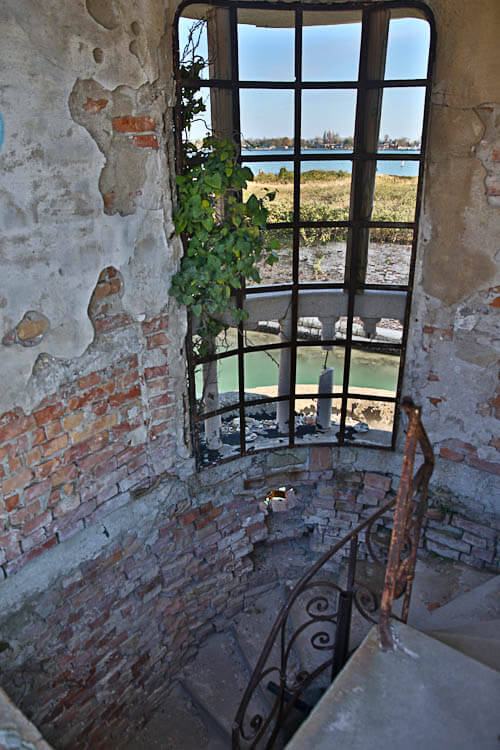 Call me crazy, but I’ve felt a ghost a time or two – just not on Poveglia. Perhaps because it was a beautiful, sunny day when we visited Poveglia last week, but neither Tim nor I felt any kind of uneasiness about the island. We climbed around as much as we felt safe doing so because of the structural decay to the buildings. And neither of us saw anything but our own shadows.