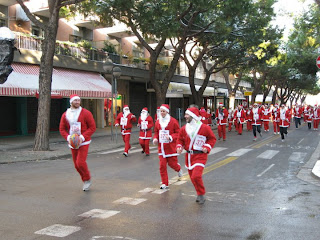 Each December, running Santas, or Babbo Natale in Italian, take to the streets and beach in Jesolo for the annual Babbo Natale Run. There is a 2.5K family run and a 10K competitive run. The only requirement – you must don a Santa suit! 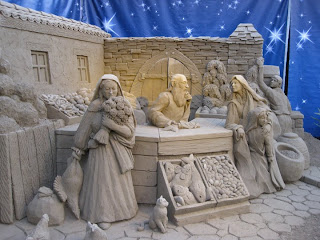 Nativity displays or presepi are an important part of the Christmas to Epiphany season in Italy. An unusual nativity is displayed in Jesolo’s Piazza Guglielmo Marconi – a nativity sand sculpture made by top international sand sculpture artists. This year’s 9th edition winds through a picturesque itinerary through the streets of Bethlehem until reaching the grotto with the Sacred family. 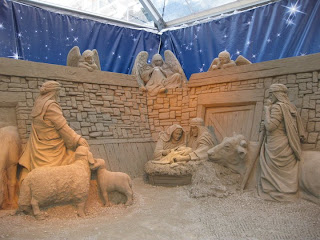 Works representing Pope John Paul II, Mahatma Gandhi, Mother Teresa of Calcutta, and Pope John XXIII have been exhibited during the past editions.  This year’s edition is dedicated to Nelson Mandela, President of South Africa and protagonist of the struggle against apartheid and donations from the exhibit will go to the construction of two school buildings and some administrative offices in the village of Mfadena (Cameroon).


With a surprise dusting of snow just in time for this year’s run, the day was picture perfect in the snow, sand and sun. 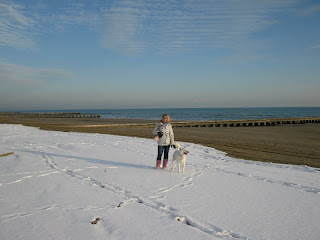