Outside of the Grand Mosque

We’ve been to the Blue Mosque in Istanbul, but WOW! Just, wow. I don’t know that I have the words to do Abu Dhabi’s Sheikh Zayed Grand Mosque justice. One of the world’s largest mosques (only the mosques in Mecca and Medina in Saudi Arabia are larger), it can hold an astounding 40,000 worshipers and was named after Sheikh Zayed bin Sultan al-Nahyan, the first president and founder of the United Arab Emirates. To truly take it all in and understand the key architectural features, I highly recommend the complimentary one hour guided tour. 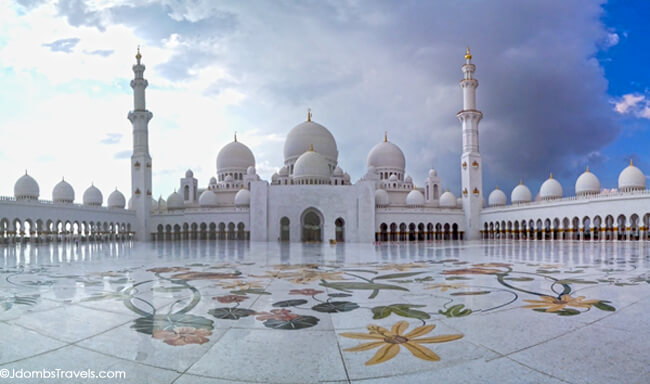 One of my favorite elements of the Sheikh Zayed Grand Mosque is that its design unites the world. Our guide explained that artisans and materials came from all over the world: Italy, Morocco, Germany, Pakistan, Turkey, Greece, United Kingdom, and the United Arab Emirates to name just a few. Here are five of my favorite international design elements: 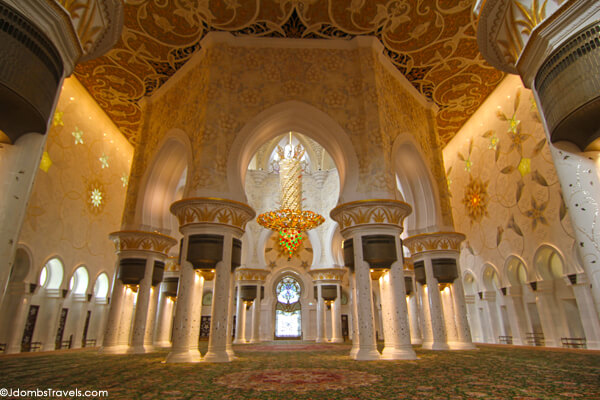 Inside the main prayer hall

1. The world’s largest hand woven carpet adorns the floor of the main prayer hall and was made by Iran’s Carpet Company of wool from both Iran and New Zealand. The hand knotted carpet, made by 1200 women from the Khorasan region of Iran over the course of two years, measures 60,570 square feet and weighs in at 35 tons. 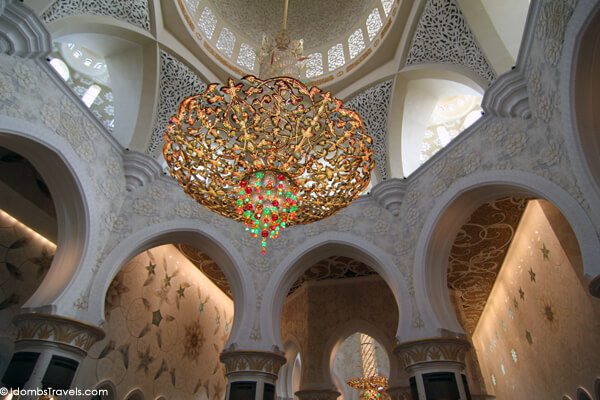 2. Seven 24 karat gold gilded chandeliers, made by Faustig in Munich, Germany, are encrusted with millions of Swarovski crystals from Austria. The largest of the chandeliers is one of the world’s largest, measures 10 meters wide and 15 meters high, and weighs 12 tons. 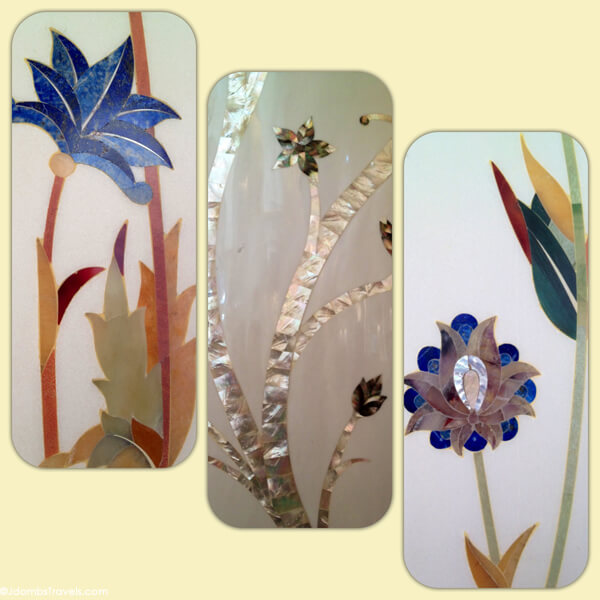 Precious and semi-precious stone inlays in the columns 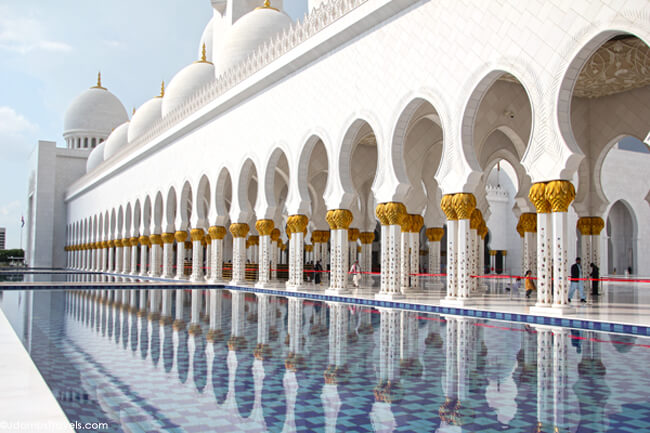 Columns reflected in the reflecting pools

3. There are 96 columns in the main prayer hall decorated with mother-of-pearl and the 1096 columns of the exterior are decorated with over 20,000 marble panels inlaid with semi-precious stones including abalone shell, amethyst, lapis lazuli, mother of pearl, and red agate. 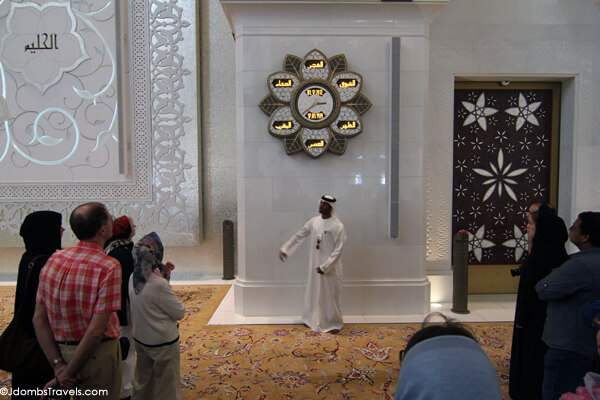 Our guide explaining the prayer clock 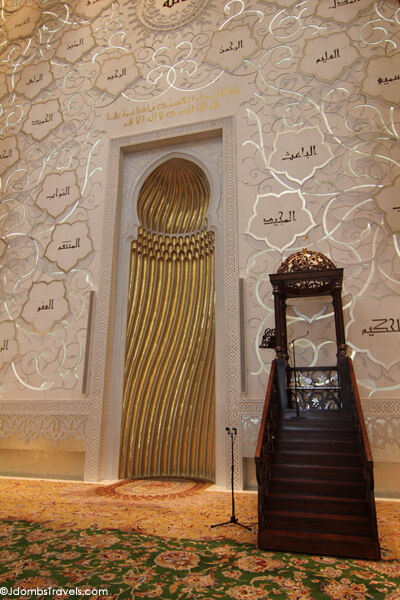 5. The Qibla wall is subtly decorated so as not to distract worshipers from prayer and is inscribed with the 99 names (qualities) of Allah using traditional Kufi calligraphy.