You are here: Home / North America / United States / Surf’s Up!

Surfing was first described in 1768 when Captain James Cook sailed to Hawaii and was intrigued with the locals’ ability to ride a wave. Hundreds of years later, people around the world are still fascinated and we’re two of them! We wanted to catch our own waves so surfing lessons on Maui was at the top of our list of musts when we planned our visit to the island. 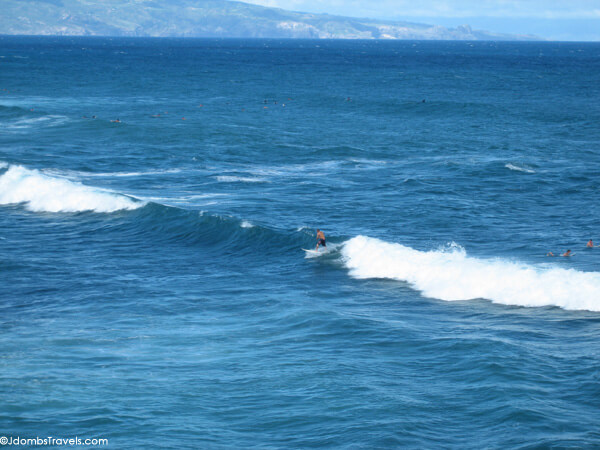 Maui is a great place for novices like us to learn how to surf because there is a beginner surf break just outside of Lahaina Harbor with consistently small waves. There is no reef, so falling off your surf board doesn’t injure anything…well, except your pride. A surf lesson is typically two hours (and believe us, that two hours will exhaust you!) and with the help of a great teacher, you’re almost guaranteed to ride at least one wave. 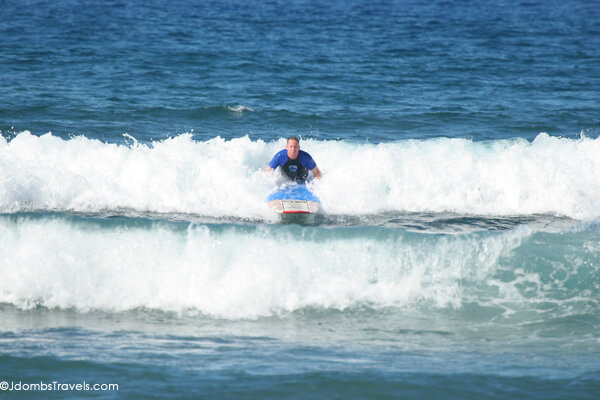 Our lesson actually began on the beach where we learned the proper technique for positioning yourself on your board, paddling, and then standing up. After a few minutes practicing, it was time to head into the water. We’d take turns paddling out along the breakwall to get into position. Our instructor would count the waves for us and when he spotted a good one, he’d wave and shout for us to paddle hard. It took a few times to get the timing down, but eventually we were standing up, though usually not for long.

There were a few falls and one crash I had with another surfer-in-training, but by the end of our lesson we were both successfully standing up and riding the waves in to the shore. And we had a ton of fun! 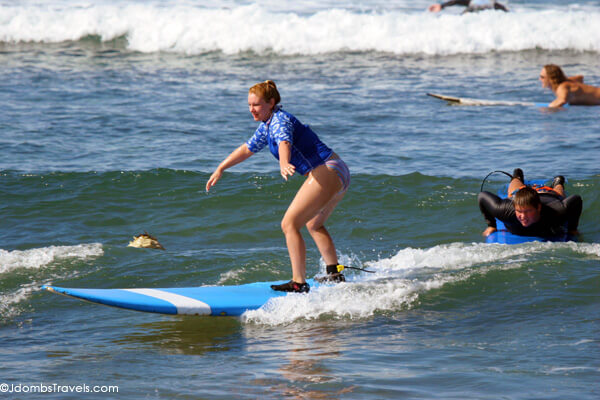 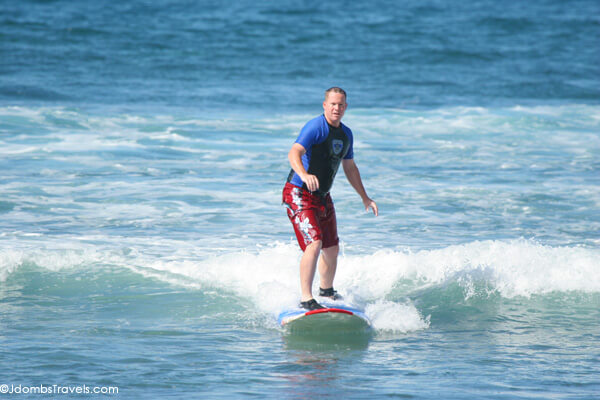 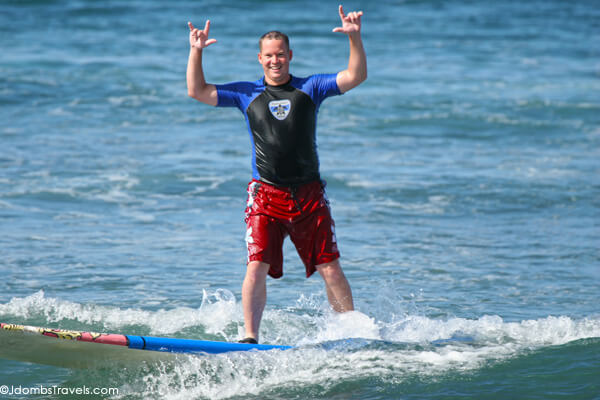