You are here: Home / Europe / Russia / A Picture of Russian Peasant Life

“After lunch, we’ll drive to Suzdal and meet a local guide at the Museum of Wooden Architecture,” Daria was explaining as our mini-bus bounced over the pot-hole filled roads. I groaned and looked at Tim. We are NOT museum people. We’d much rather learn about the culture, and in this case architecture, by being out and about in the country. As we arrived to the museum though, we were pleasantly surprised. The Suzdal Museum of Wooden Architecture and Peasant Life, as it is officially called, is a living museum with about 20 preserved buildings all taken from the local area. 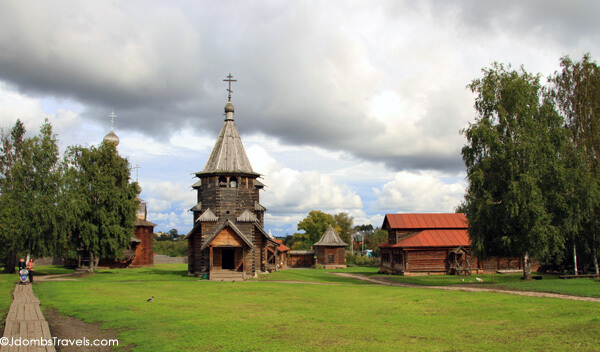 Spread out along the bank of the Kamenka River, the 18th and 19th century wooden buildings are meant to help you get a picture of what the average Russian peasant life was like. Our local guide, Kate, led our group first to the log dwellings that exemplify the typical house of Russian middle class in the 19th century. 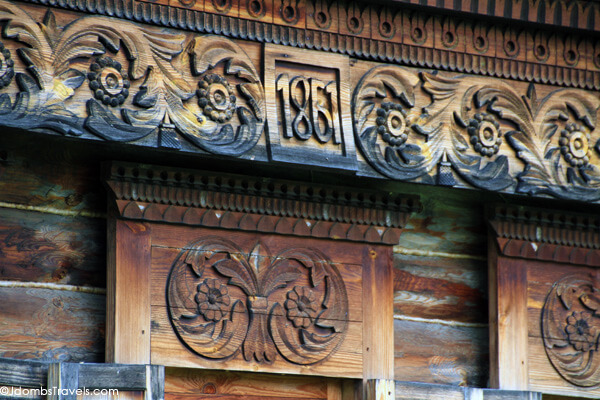 The intricate carvings were all done with just an axe

Before we entered, Kate told us of the Russian superstitions around building a house. Russians believed that the first being to enter the house would suffer an untimely death, so they’d send a cat in first. They have nine lives, after all! If the cat willingly went inside, it was a sign that it was a good location for the house. If the cat jumped on the hearth, then the family would be well fed. If the cat curled up in a corner, this was to be the “Red Corner” (red meaning beautiful in Russian), and it served as the place for religious icons in the house. But if the cat refused to enter, then the house would be torn down and the materials were reused to build the house somewhere else.

Related: The Many Superstitions of Russia The ground floor was used for storage 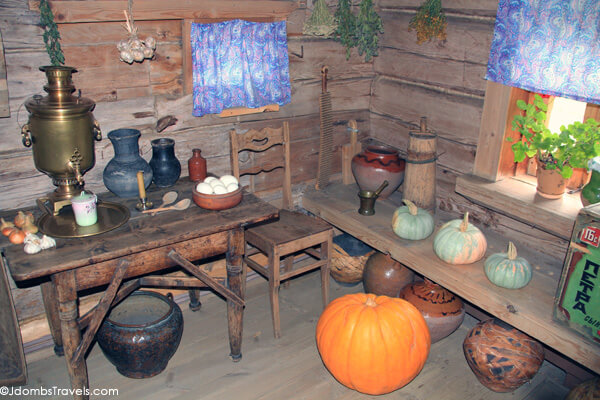 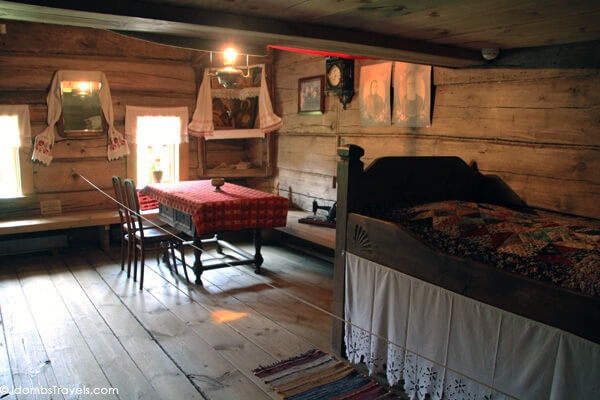 The family table was always placed in the Red Corner

Inside, the ground floor served as a type of basement. The chickens and maybe even sheep or goats would live here in the winter. Upstairs, there were just three rooms: a heated room, a mud room, and an unheated room. A Russian oven is the center of the heated room and served the purpose of not only heating the room, but cooking, sleeping on, and even bathing. Lavki (benches) stretching along the walls are the main furniture and during the day, this is where everyone sat. But at night, the benches became places for all of the children to sleep. The mother and father of the house would sleep on a type of mattress above the stove. 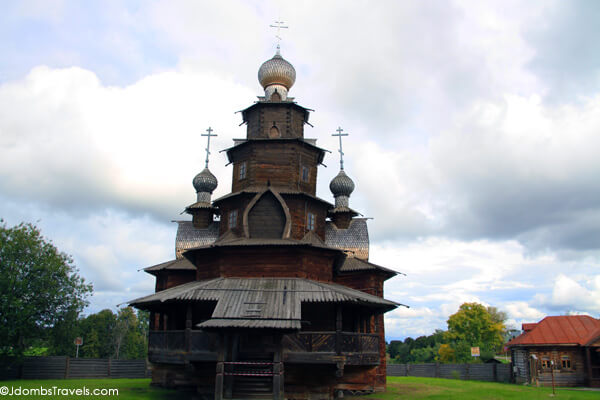 The winter Church of the Transfiguration

It was common in Russia to pair two churches, called a summer and winter church, so naturally the Suzdal Museum of Wooden Architecture has both. The winter church, Church of the Transfiguration, dating from 1756 was constructed from pine and by using nothing but an axe. It’s domes were covered with silvery aspen shakes (lemech). Unfortunately, the winter church wasn’t open for us to be able to go inside. 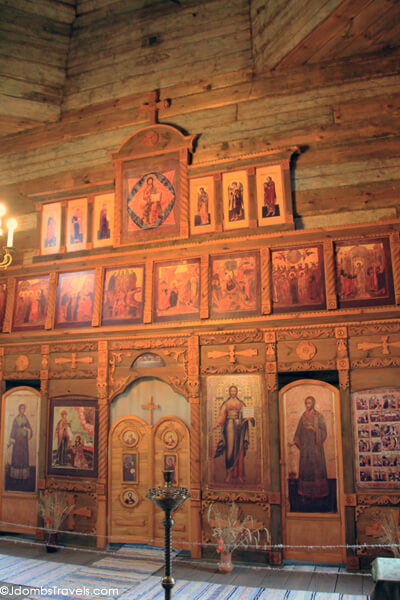 The iconostasis in the summer Church of the Resurrection

The summer church, the smaller Church of the Resurrection, built in 1776 is open for visitors though. What makes it a “summer” church is that it is not heated and so doesn’t hold winter services. Like all Russian Orthodox churches, it features the iconostasis with three levels. 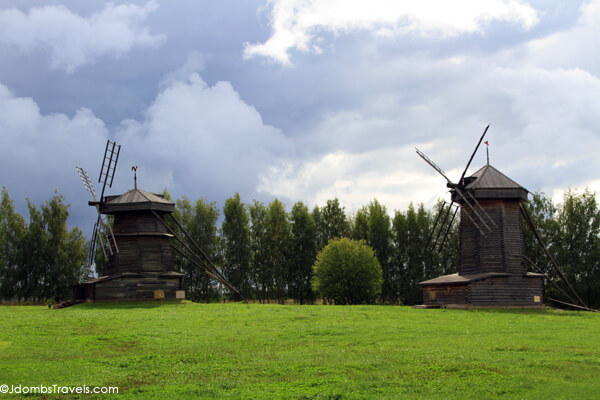 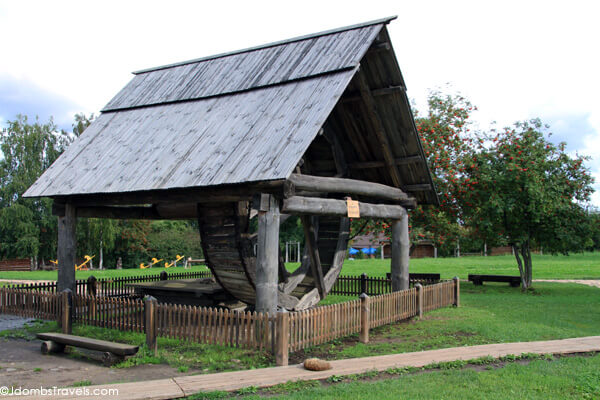 Some other structures in the open-air museum are the windmills, one of which the interior has been restored and is open to visitors, a barn for drying hay, and a 19th-century water well that is operated by a huge wheel. The wheel was turned by men running inside of it almost like hamsters running in a wheel. Only the strongest men of the village could work this job and many women would come to watch and select a husband.

It was really interesting to see and learn about this part of Russian culture. Though visiting museums isn’t our first choice of activities, we’d definitely recommend a visit to the Suzdal Museum of Wooden Architecture. If you go in summer, you might even get to attend some of the popular festivals like the Celebration of the Trinity or the Cucumber Celebration.