You are here: Home / Europe / Italy / The Ancient Ritual of Panevin

Christmas may be over in most of the rest of the world, but the Christmas season in Italy doesn’t officially end until the Epiphany on January 6th. Here it’s not Santa Claus (Babbo Natale in Italian) that brings gifts on Christmas Eve; instead it’s an old witch called La Befana who arrives on her broomstick and brings children a small gift like some candy on January 5th,  the eve of Epiphany, during the Panevin celebrations.

It’s an ancient tradition dating back centuries to the Roman pagan festival of Saturnalia. Originally Panevin celebrated the solstice with fire that, according to the Julian calendar, fell on December 25th. Because it also coincided with the birth of Jesus, the celebration was moved to twelve days later, on the eve of the Epiphany. The Panevin pile in our town

The Panevin consists of a pile of dead branches, brush,  wood and whatever else was once used but now destined to be burned. It is piled eight to ten meters high and a puppet, similar to an old lady (vecia) is often placed on top. This vecia is guilty of all of last year’s calamities and so destined to be burnt. 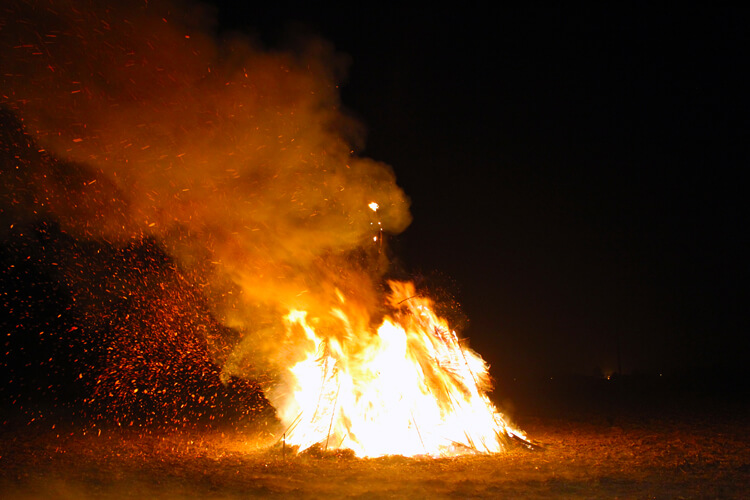 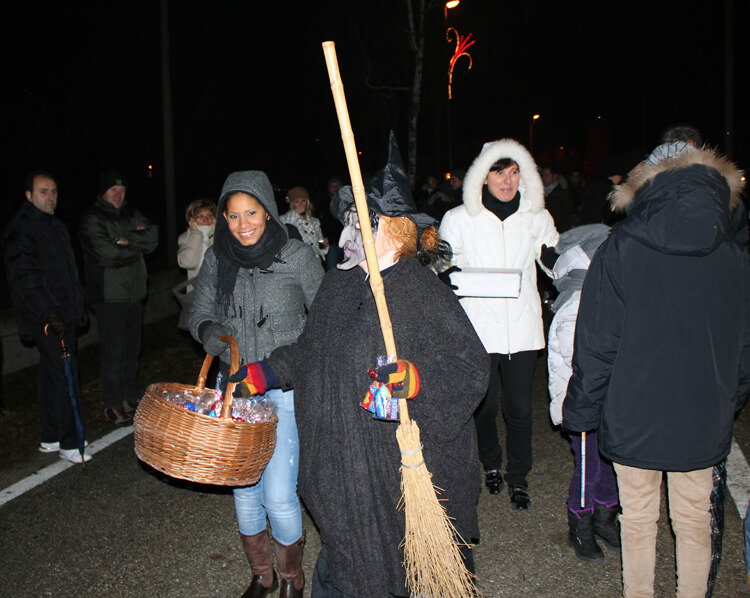 La Befana giving out gifts to the children at Panevin

After the bonfire, the children will anxiously await the arrival of La Befana.

Christian legend had it that La Befana was approached by the Three Wise Men a few days before the birth of the infant Jesus. They asked for directions to where the Son of God was, as they had seen His star in the sky, but she didn’t know. She provided them with shelter for a night, as she was considered the best housekeeper in the village with the most pleasant home. The Three Wise Men invited her to join them on the journey to find the baby Jesus, but she declined stating she was too busy with her housework. Later, La Befana had a change of heart, and tried to search out the Three Wine Men and Jesus. That night she was not able to find them, so to this day La Befana is searching for the little baby. She leaves all the good children toys and candy (caramelle) or fruit, while the bad children get coal (carbone), onions or garlic.

Panevin celebrations are held all over Italy, but towns in the Friuli Venezia Giulia and the Veneto regions in particular go all out. Just about every little town will have a bonfire and in Venice grown men dress up as La Befana for the Regata delle Befane on January 6th each year. The race takes place on the Grand Canal from S.Tomà to Rialto. It’s quite a spectacle!