You are here: Home / Europe / The Sacred Way to Bom Jesus do Monte 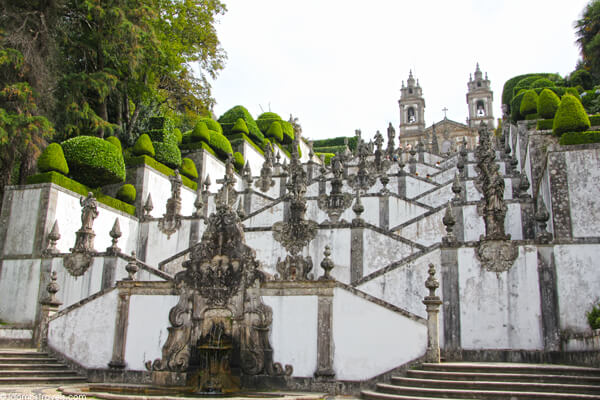 A staircase of dark granite covered in bright white plaster switchbacks up the hillside above Braga, just a short drive from Guimarães in the north of Portugal. This staircase, known as The Sacred Way, leads to the 18th century sanctuary of Bom Jesus (Good Jesus) on top of the hill. Commissioned by the Archbishop of Braga, it has been a popular place of pilgrimage since its completion in 1811 even though there are no visions or saints associated with the sanctuary. 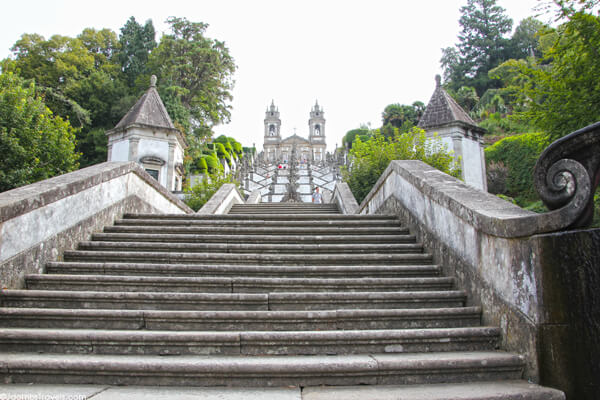 Penitent pilgrims would make the zig-zagging climb up the 577 steps to the Bom Jesus on their knees. (And here I used to groan in grade school when the priest assigned me ten Hail Marys as my penance!) But if climbing up all those steps sounds like too daunting a task, the sanctuary can also be reached by funicular or by car.

After being dropped off by bus, I began my visit at the top of the hill in the gardens where there is a small grotto and lovely gazebo. Had I had more time, this would have been a lovely area to grab a snack from the nearby cafe and just take in the views. 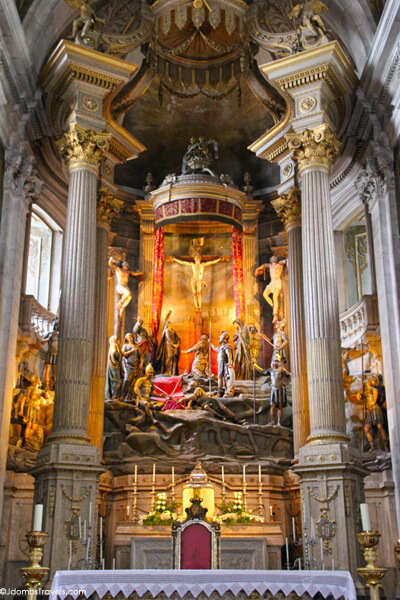 I opted to walk down the stairs instead of up. The staircase has multiple landings, the very top of which has sweeping views stretching all the way from the city of Braga to the beaches of Esposende and Viana do Castelo (which the gorgeous Pousada Monte de Santa Luzia overlooked). A series of allegorical fountains met me on each of the landings. From the top of the staircase going down, the first three fountains represent the virtues, followed by watering spurting out of orifices such as the mouth, nose, eyes, and ears to represent the five senses. Finally, the fountain on the terrace represents the wounds of Christ. One of the fountains representing the virtues