Our mini-bus creeped along in Moscow traffic and our G Adventures group was abuzz despite our early morning wake-up call. We were officially starting our journey along the Golden Ring of Russia and headed to Vladimir, the start of the Golden Ring route some 80 miles northeast of Moscow. 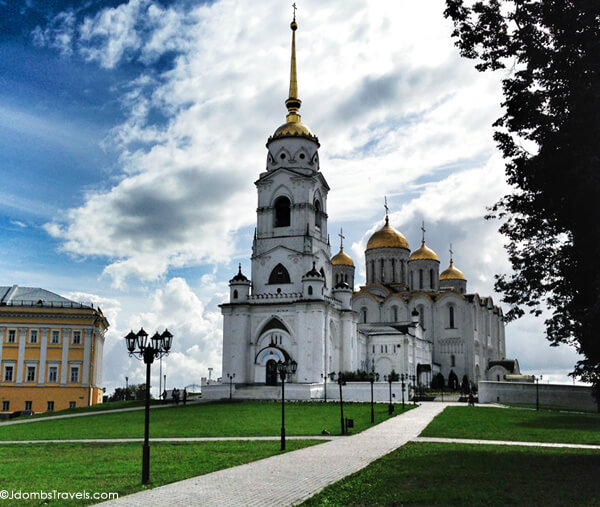 Cathedral of the Assumption in Cathedral Square 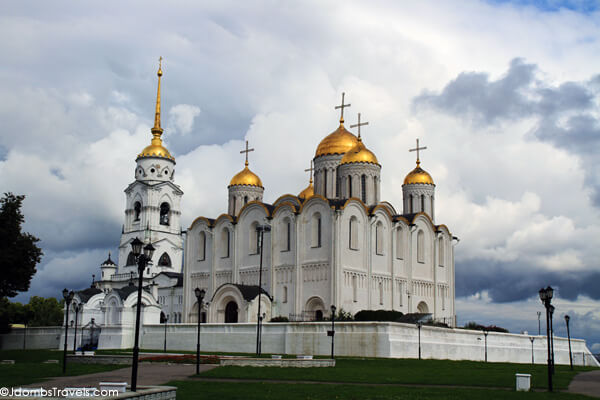 Our visit was a short excursion to see the city’s most important sights and our bus dropped us off right in front of Cathedral Square. Everything is of interest here, but we first noticed the massive Cathedral of the Assumption with it’s glistening golden onion domes. Prince Andrei Bogolyubsky began construction on the majestic cathedral in 1158 and it was to rival the beauty of the St. Sophia in Kiev, as a declaration of independence from the rule of Kiev. For a short period in the 14th century, the cathedral even served as the seat of the Metropolitan, the leader of the Russian Orthodox Church, giving it the distinction of being one of the most historically important Russian Orthodox churches. 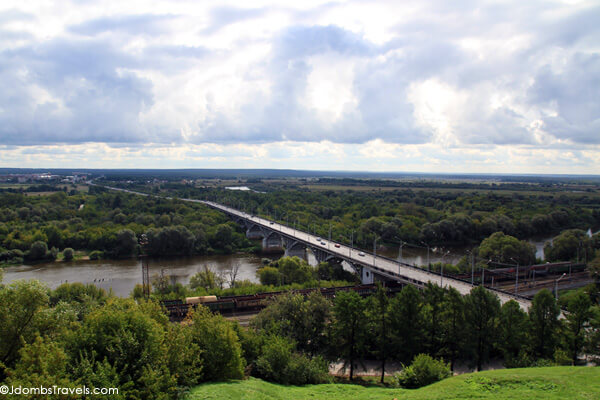 Klyazma River with the Trans-Siberian Railway running beside it Looking out over the old city

The cathedral sits at the highest and most advantageous point of the high riverbank and there is a huge observation deck behind it with dizzying views over the Klyazma River below. To the right though, the old part of Vladimir looms large on a slope, the houses descending down to the river like steps. 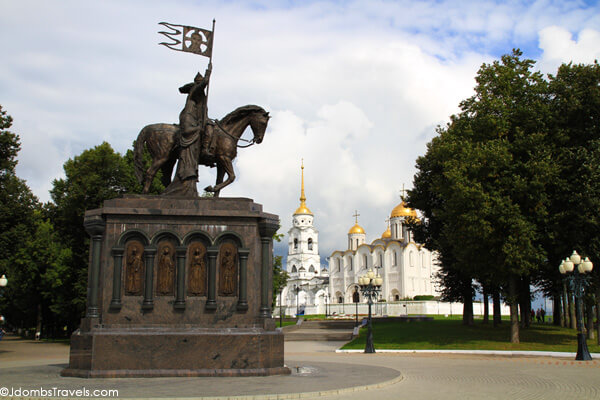 Vladimir was founded by Vladimir Monomakh, Grand prince of Kiev, in 1108

Tearing ourselves away from the views, we directed our attention back to our G Adventures guide, Daria. She was explaining the massive Soviet-era monument in the center of Cathedral Square, which was errected in honor of the city’s 850th anniversary. Nicknamed “The Three Fools”, this statue depictis an ancient warrior, an architect, and a modern worker all a top a horse. 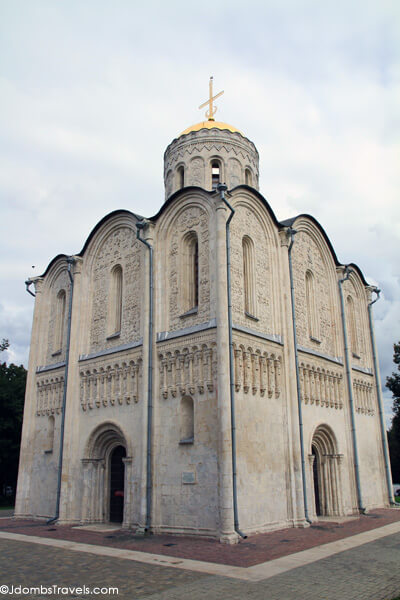 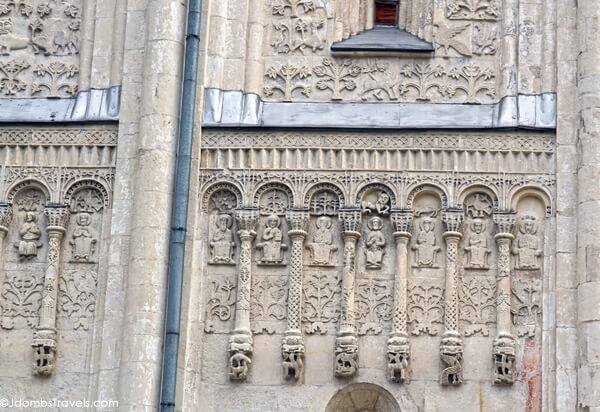 There was one other cathedral of importance we stopped to visit. The St. Demetrius Cathedral is revered as one of the best examples of white stone carving in Russia. The exterior has groupings of intricately carved images. The various scenes covering the facade are a mixture of Christian and pagan images, attesting to the mingling of folk and organized religions in medieval Rus. There are even depictions of Alexander “the Great”, Hercules, David the Harpist, Saints Boris and Gleb, and Grand Prince Vsevolod III, who had ordered the construction of the church as part of his palace complex in 1194.

We ended our excursion with a walk through the park and back to our awaiting mini-bus. More of the Golden Ring of Russia awaited us.