Happy Malbec World Day to one of my very favorite red wines! Malbec is one of the “big six” of grape varieties and actually originated in the Bordeaux region of France. Though in Europe, Malbec is generally used as a blending grape and takes a backseat to other grapes. Quite the opposite on the other side of the world, Malbec is the shining star in Argentina. 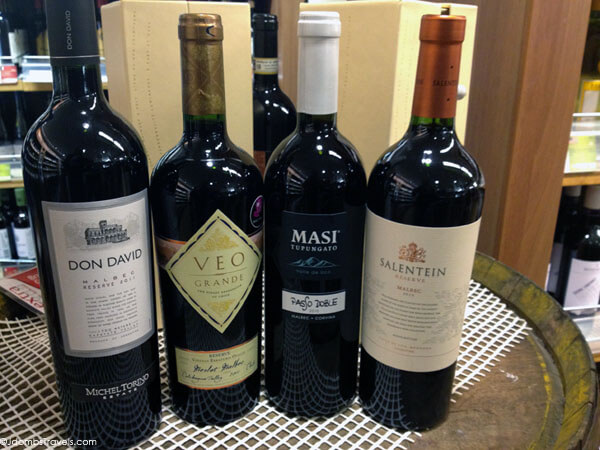 Malbec World Day commemorates the day when Argentinian president, Domingo Faustino Sarmiento, made a mission to transform the wine industry in Argentina. It was April 17, 1853 that he charged French soil expert Michel Aimé Pouget with the task to bring a new vine to Argentina. He, of course, selected Malbec and it went on to become the country’s flagship grape and is celebrated all around the world. This year Malbec World Day is celebrated with various events in over 20+ cities around the world.

We have yet to visit Argentina, or anywhere in South America, but if an Argentinian Malbec appears on my wine list, it almost always beats out any other wine. I’m just drawn in to the ripe fruit flavors, usually black cherries, blackberries, and dark plums. It’s smoky, earthy, and a bit peppery with sweet chocolately tannins to pack a powerful punch.

We recently tried the Salentein Reserve Malbec 2010, which is a blend of 100% Malbec from two vineyards at nearly 4,000 feet (some of the highest vineyards on the planet) in Argentina’s remote Uco Valley. The sweet taste of blackberries stands out and it has a silky texture. It’s a great wine for under $20 and this one in particular goes well with barbecued meats, robust pasta entrées, baked ham, pork chops and sharp cheeses. We enjoyed it with two meals: mussels marinara and beef carpaccio.

Malbec pairs wonderfully with grilled red meats, but it has such a complex taste that it can also pair nicely with a variety of ethnic cuisines from Mexican to Thai. Malbec’s versatility makes it an extremely food-friendly red wine that brings out the flavors in everything from pasta with mushrooms and sausage to barbecue chicken. Malbec even pairs quite well with seafood, unlike many other reds. It should be served at 14 – 18°C and is best when opened and poured into a decanter to allow it to breathe about 20 minutes before serving.

Will you raise a glass of Malbec in celebration of Malbec World Day?