You are here: Home / Europe / Russia / The Stone Carvings of Yuryev-Polsky’s Cathedral

It’s was just absolutely pouring, by far the wettest day yet of our rainy Golden Ring of Russia tour, when we arrived to a tiny town that was barely a blip on the map. Yuryev-Polsky, which literally means Yuryev (the name of its founder) standing in a field, is actually the geographical center of the Golden Ring of Russia, but its hard to reach position away from any major roads and railways means most visitors never stop here. We were lucky to be traveling by mini bus through the Golden Ring of Russia with our G Adventures group and had a short stop. 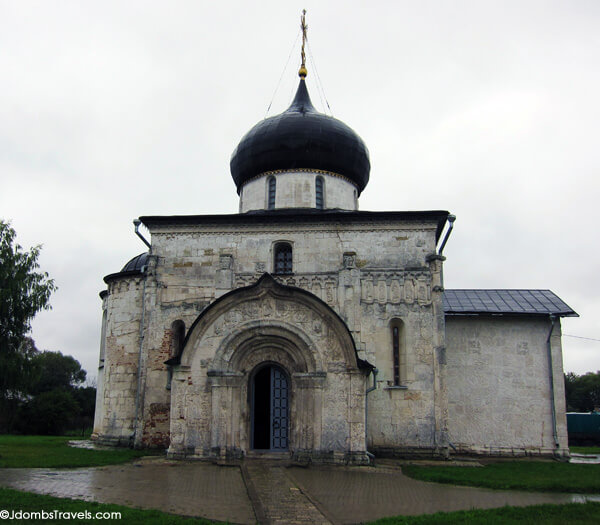 The main reason to stop in the tiny Yuryev-Polsky is to see the unique 13th century white-stone Cathedral of St. George, or Георгиевский собор in Russian. Constructed between 1230 and 1234, it is one of just a dozen of these white-stone churches built in northeastern Rus before the Mongol invasion. All the walls were covered by finest stone carvings that formed huge compositions. 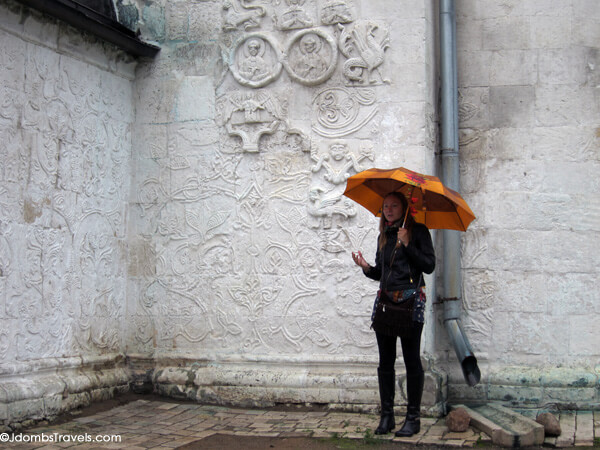 Daria explains about the stone carvings 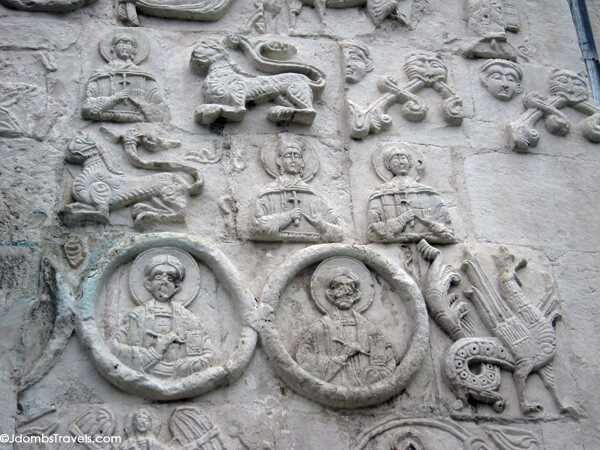 In the 1460s, the cathedral collapsed and at the time was considered a national disaster. The northern wall survived the best. All of the other walls were partially destroyed and the southern wall suffered the most of all. Much of the stone carving from the exterior of the cathedral was torn in pieces. During the restoration, attempts were made to put the stories back together. But because there were no panoramas of the cathedral from ancient Rus and many of the stones were destroyed in the collapse, it is thought that the stories were put back together in random order. The Cathedral of St. George has animal and human forms with floral ornamental motives. The combination was unique for ancient Rus and it is thought that the carvings were done by two groups of artists. A small museum inside the cathedral explains this, in Russia of course, but Daria translated for us. 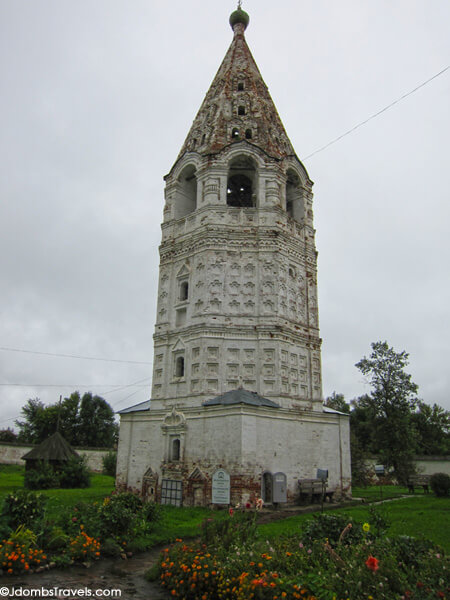 The bell tower in the Monastery of Archangel Michael 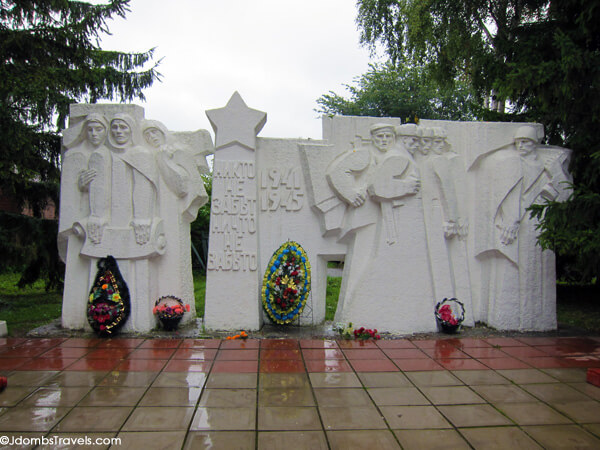 A WWII Memorial in Yuryev-Polsky

Other than the Cathedral of St. George, there isn’t much else to see in Yuryev-Polsky. We wandered through the gardens of the Monastery of Archangel Michael, which is surrounded by fortress walls. There is also a WWII memorial just outside of the fortress walls.