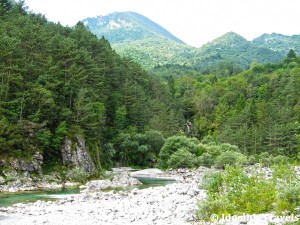 When our friend Melissa, who also told us about the Nowhere Beach, invited us to go camping at Tramonti di Sopra on the same night the Perseid meteor shower was supposed to be the strongest, we couldn’t resist. I even had to convince Tim we should camp out, which meant we should have not only seen meteors but pigs flying too. I rarely volunteer to camp unless it involves an igloo or some other really cool experience.

Tramonti di Sopra is only about an hour from our house in Italy and it’s star attraction is a waterfall cascading down the rocks into the river. The boulders in the river collect the water into nice calm pools near the waterfall and some of them are deep enough for a swim. And if you’ve been following along, you know that our dog, Emma, loves to swim. She enjoyed launching herself off the rocks in a Superman pose to dive in the water and retrieve her pool ball. 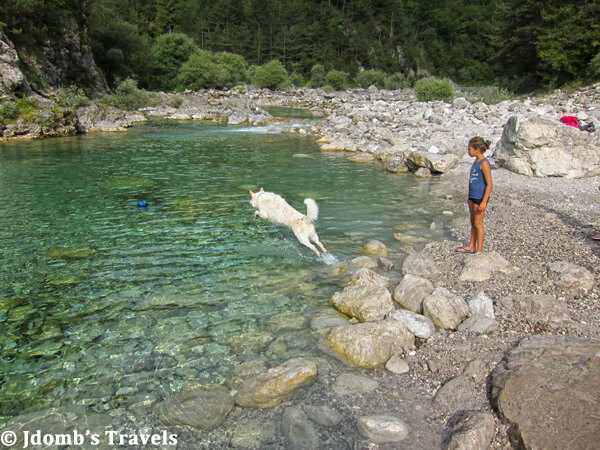 Emma could have entertained these Italian children for hours! 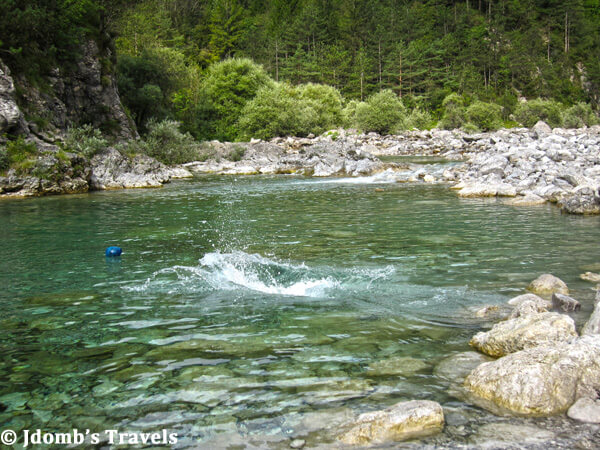 Emma diving into the pool to get her ball 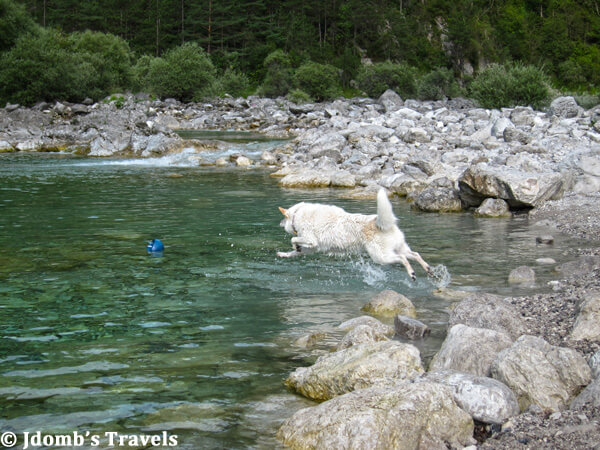 Downstream, the river was shallow enough that we could pull up chairs right in to to keep cool.

Once the sun started to go down, we grilled up chicken and burgers, and, of course, toasted marshmallows for s’mores over the campfire. Tim and I slept with the cover off our tent so we literally could see the stars through the mesh at the top of our tent. Most of the night was cloudy, but we did wake up around 4am to meteors shooting through the sky above us. We quickly grabbed the camera and tripod to attempt to capture a few as they streaked through the early morning sky. 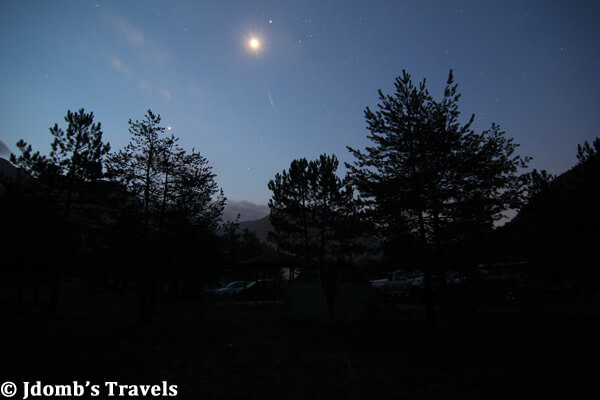 See the meteor streaking down below the moon?