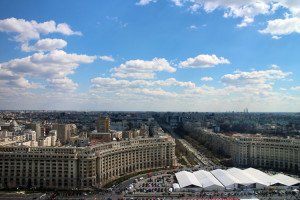 Bucharest and I were like my college boyfriends. We had enough things in common to get along for a short bit, but somehow it just didn’t really work. It would never be true love. Frankly, I found Bucharest to be mediocre at best. The food was bland, the buildings were crumbling (and not in a […]