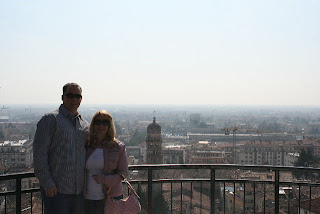 Conegliano is a town in the Veneto region of Italy and home to the oldest and most prestigious wine school in Italy. The region is well know for its wines, such as Prosecco, Cartizze, and Raboso and other wines which go well together with the regional specialties: rabbit, grilled meat, chicory, polenta, and some cheeses produced in the nearby hills. 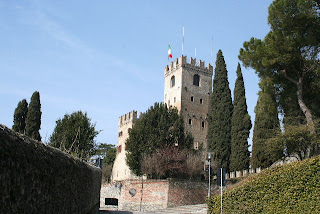 High on the hill above Conegliano sits the Villa Gera, commissioned in 1830 by Bartolomeo Gera, and above that, the Castle of Congegliano.You can see the remaining castle towers – the Torre della Campana (Bell Tower), which houses the Museo Civico, and the Torre Mozza. The Museo Civico del Castello contains sculptures, coins, a lapidary, weapons of the sixteenth century, and pre-Roman and Roman finds. It also houses a collection of paintings from the thirteenth to the eighteenth century with works by Palma the younger, Cima da Congeliano, the Pordenone, and Parmigianino. Also on the Hill of Giano, sits the Old Cathedral of San Leonardo. 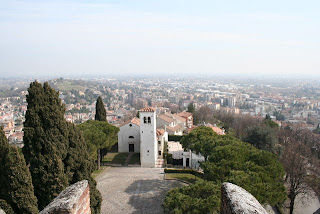 Back down in the historic city center, the Cathedral has a nine-arch facade embellished with scenes from the Old Testament frescoed by Ludovico Pozzoserrato, dating back to 1593. The Cathedral is connected to the School of the Battuti. The Hall of Battuti, a meeting place for the Brotherhood of the Battuti in the 14th century, is about 41 meters by 7 meters and its walls are adorned with frescoes by Francesco da Milano. The five tapestries, depicting the Stories of Davide and Bestabea, are made of a Flemish material (panni) and date back to 1560. 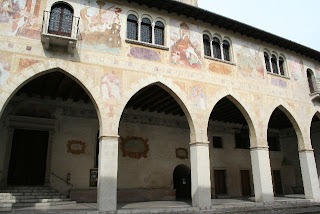 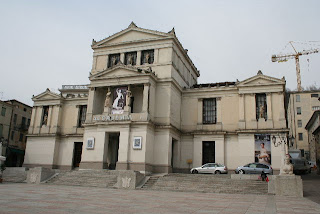 Il Teatro Accademia is located in the Piazza Cima. It was built in 1868 when Conegliano was under Austrian rule. Operas, concerts, children’s theater, and comedic productions are all held in the Accademia today and a tour can be taken to admire the artwork inside the theater. 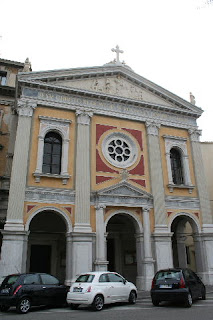 The Church of San Rocco, with a facade of Neoclassic style, stands on the Corso Vittorio Emanuele and dates from the 17th century.