It’s the jewel in the crown of Formula 1. It’s the race to see…and be seen at. And if you’re among the glitterati like Will Smith or The Prince of Monaco, you can even watch from the pit lane. It’s the Formula 1 Grand Prix de Monaco and it’s been held in the world’s second smallest country every year since 1955. With the famous hairpin turn, a tunnel, and a track that twists and turns right through the narrow streets of the tiny principality, the Monaco Grand Prix is widely considered to be one of the most important and prestigious automobile races in the world. 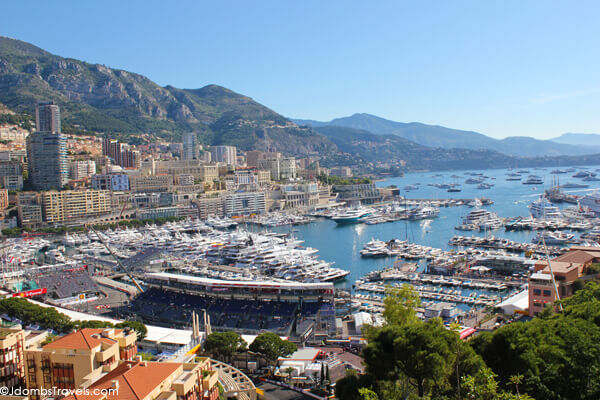 For 361 days of the year, Monaco is an idyllic dot on the French Rivera where yachts bob in the Port Hercule and residents sip champagne on terraces under cobalt skies. Monaco does have over 300 days of sunshine each year. But for the four days when the Grand Prix de Monaco comes to town, everything changes. And we weren’t gong to miss a minute of the craziness of race weekend. That’s why we purposely planned our visit to the Cote d’Azur to be there for the Grand Prix. What could be a better birthday present for Tim? 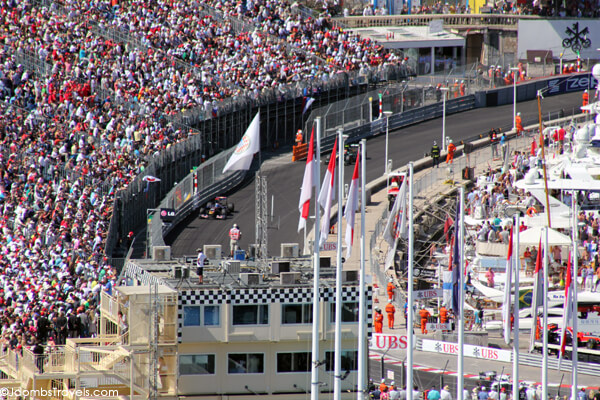 The most expensive seats are the Formula 1 Paddock with views right over the pit and come in at a cool €4575 a piece. A drop in the hat, really, for Monaco’s citizens. General admission tickets, known as Le Rocher are €99 a piece and you can bring your chairs or a picnic blanket (don’t forget the picnic, with champagne of course!) to settle in on the hillside beneath the palace for views over the race.

But this is Monaco and terraces and hillsides aren’t the only option for prime race viewing. Yacht parties with resident DJs spinning between races keep spectators entertained as they take dips in swanky pools. But if you want to berth your yacht in Port Hercule, you better get your application in before March where a committee decides who gets the coveted spots. Just be prepared to hand over €101,000 for one of the front berths. 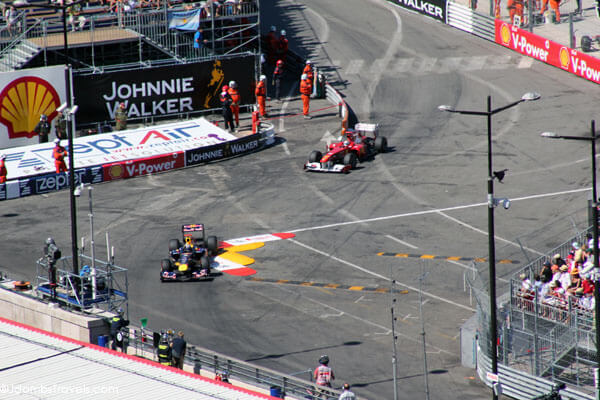 Though race weekend goes on for four days, the events we’re all really here to see take place on Sunday. The day begins with the Porsche Supercup Race,  a 16 lap race, and followed by the Renault 3.5 Formula Race, a 44 minute + 1 lap race. The main event though is the Formula 1 Grand Prix de Monaco. It was a thrilling spectacle as the top cars were all separated by less than a second with 10 laps remaining – and all with a very real chance of winning. It’s these last laps that the drivers roll the dice; they drive on tires that are shot all to take home the title and the cup from one of the most demanding tracks in Formula 1.

And just like that all the months of preparation are over. The 33 kilometers of track for the Grand Prix de Monaco seem to instantly open to traffic again as the weekenders contemplate heading home. But why would you want to?