Seoul is a huge, bustling metropolis. When you’re surrounded by towering modern skyscrapers, high-tech subways and futuristic landmarks, sometimes you just need to escape the city. Luckily, the KTX Railway can whisk you out of the city and to nearby Suwon in just 30 minutes. The Hwaseong Fortress, a UNESCO World Heritage Site rich with interesting history, makes for a perfect day trip escape from Seoul. 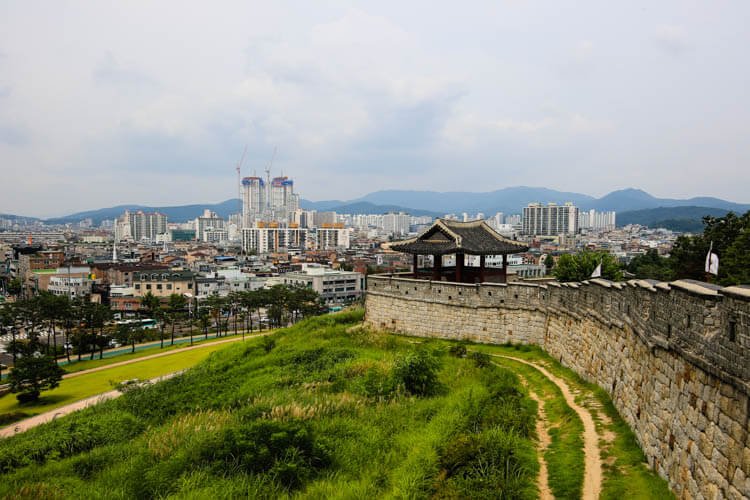 Meaning brilliant castle, Hwaseong Fortress was commissioned by King Jeongjo of the Joseon Dynasty. It was built over the course of two and a half years between 1794 and 1796 and became a UNESCO World Heritage Site in 1997.

King Jeongio commissioned the fortress as a memorial and final resting place for the remains of his father, Prince Sado. It’s also believed that King Jeongio intended to move the Korean capital, Seoul, to Suwon. In addition to the fortress, he had also built educational facilities and other public buildings in preparation for growing Suwon in to the prosperous new capital city.

It’s no surprise, then, that King Jeongio hired the architect and his close personal confident Jeong Yak-yong as the fortress’ architecht. 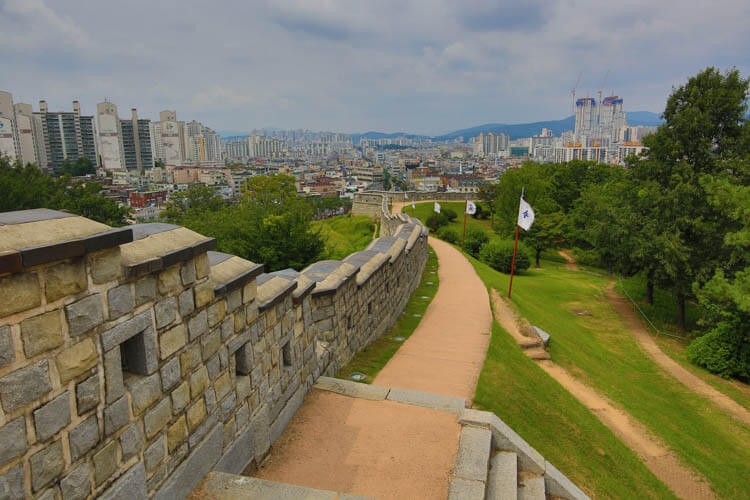 The fortress plans incorporated styles from both Korea and China, as well as Jeong including contemporary science, which at the time was employing a system of cranes and pulleys to build it. It was all very practical, while still being a stately resting place for King Jeongio’s father. It was a nod to the Silhak movement, which Jeong would later become the leader of. 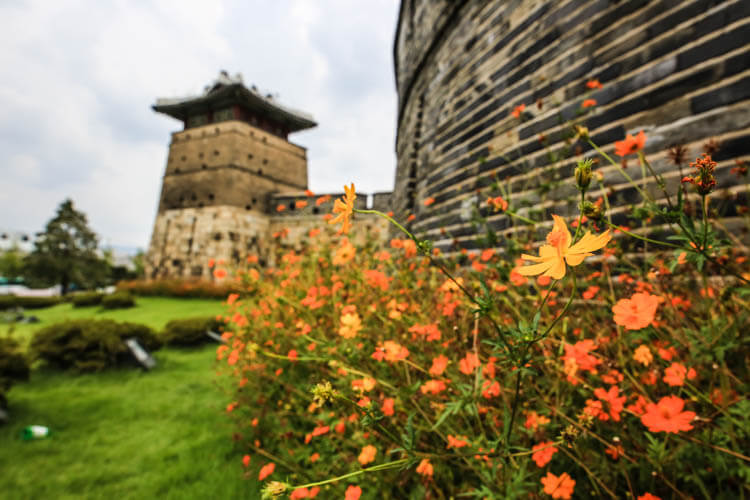 Despite the practicality of the place with its main gates allowing easy access to the town and its arrow launching platforms along the ramparts, the fortress was also controversial. Controversial because the beautiful fortress was built as a memorial to Prince Sado, the heir to the throne would never rule.

Prince Sado was thought to be mentally ill. He was accused of randomly killing people and being a serial rapist, but the laws of the time didn’t allow for a royal to suffer communal punishment for his crimes. So Sado’s father, King Yeongjo, ordered Sado to commit suicide. Sado refused and so King Yeongjo, along with Sado’s mother Lady Yi, issued a royal decree forcing Sado to climb in to a wooden rice chest. He was sealed in the tiny box and died of starvation just eight days later. King Yeongio was so ashamed of his son and his alleged crimes, it was even forbidden to so much as utter the name of Sado during his reign.

Sado was reinstated, his son Jeongio refusing not to honor him, when Jeongio ascended to the throne in 1776. 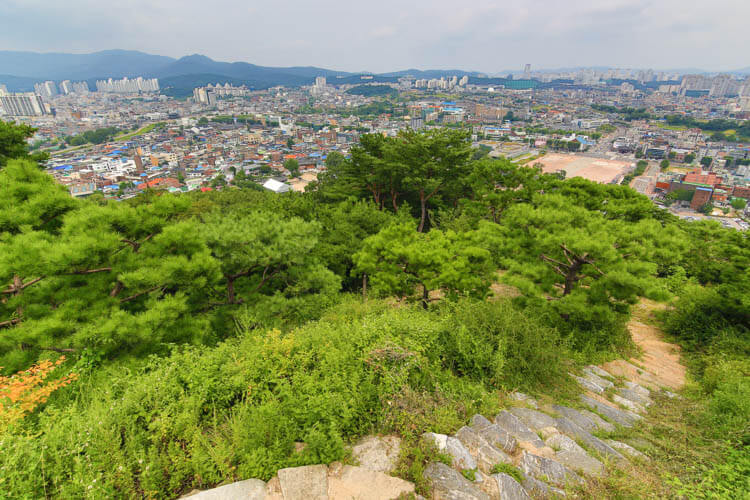 Whether Sado was actually mentally ill and as evil as he was a accused to be remains a matter of debate even today. Whether he was or not, I don’t know. But I do know that the fortress is a beautiful place to explore and hike around for a few hours and well-worth the day trip from Seoul.

Where to Stay in Seoul

InterContinental is one of our favorite international hotel brands and the Grand InterContinental Seoul Parnas lives up to all that we’ve come to expect from our stays with them around the world. Located in the heart of Seoul in the Gangnam district, which literally means south of the river, where pop culture meets Buddhist temples.

Here you can shop until you drop in Korea’s largest underground mall, complete with a kimchi museum and aquarium. You can also walk among kings and queens at Samneung Park, another UNESCO World Heritage Site. Of course, the hotel is also centrally located to easily hop on the train for day trips outside of Seoul.