You are here: Home / Middle East / Israel / Israeli Wine: From Mines to Vines

Most travelers to Israel expect a trip of biblical proportions, and they should. After all, you can visit the Western Wall where the ancient Temple of Jerusalem once stood, the Church of the Holy Sepulcher that stretches over the holiest sites in Christianity – the crucifixion, entombment, and resurrection of Jesus – and the Mount of Olives where Jesus ascended to heaven. And that’s all just in Jerusalem. Let’s not forget, though, that Jesus didn’t just turn water to wine; he also drank quite a bit of it. That means that Israel has been producing wine for thousands of years. In my book it would be a sin to travel all the way to the Holy Land and not try Israeli wine. 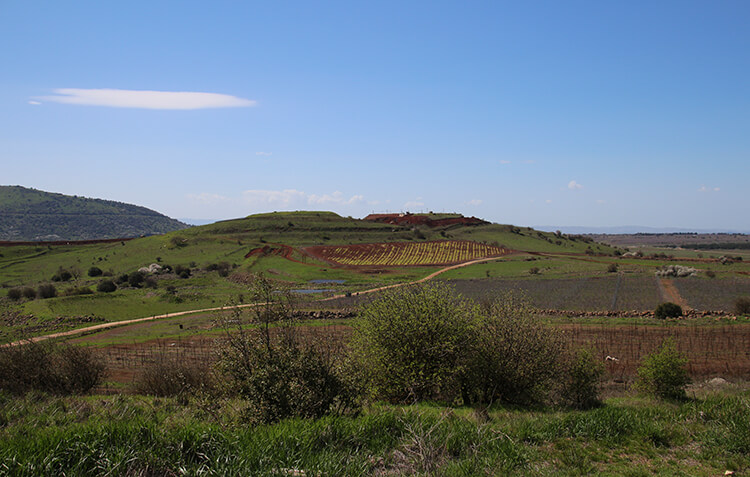 I must admit that after my recent trip to Montana, where Montanans are forcing grapevines to grow in unsuitable conditions and I felt it showed through in the end product, I was more skeptical than ever about the quality of Israeli wines. Israel is a country about the size of New Jersey where 60% of the land is oppressively hot, mostly barren desert. How can grapes grow here?

Before 1967, 90% of Israel’s vineyards were located in the hot coastal regions. When you talk with modern day winemakers, they laugh as they admit that the Old World wines were almost all sweet and all awful. The country just didn’t have much land suitable for growing grapes. 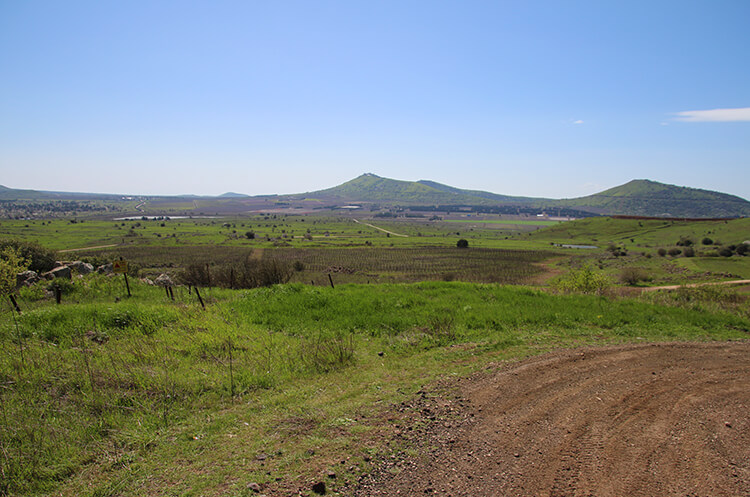 That all changed in 1967 when, according to Israel, 1,150 square kilometers of the area that borders Lebanon, Syria and Jordan was captured in the Six-Day-War. This area is known as the Golan Heights and is at a much higher elevation and has much cooler temperatures than the rest of the country. 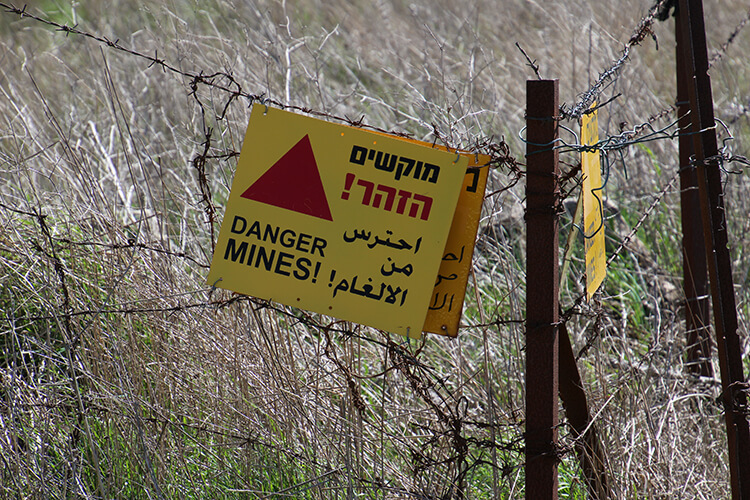 Grapevines are now flourishing where some 1.5 million landmines once littered the war-torn Golan Heights. Vineyards are planted where the mines have been cleared, often right next to barb-wire fenced in minefields still waiting to eventually be cleared. The farmers work in the vineyards with the sounds of shelling echoing across the hills; only a fence separates Israel from Syria where the various groups are fighting daily in bordering towns. 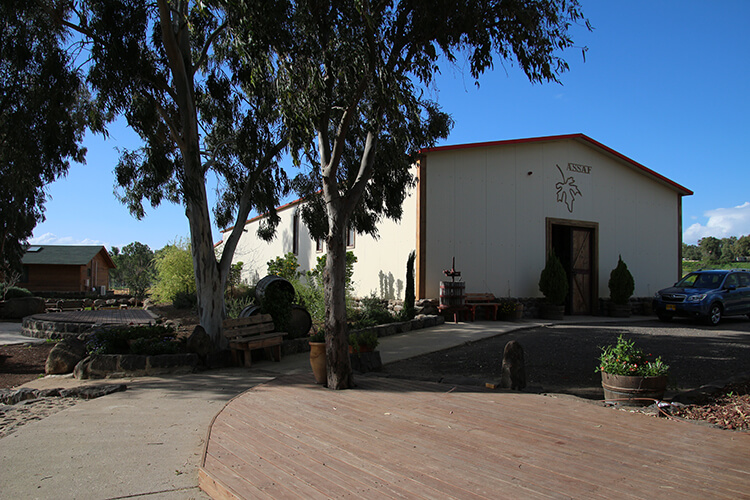 The Assaf Winery has a beautiful visitor center, guest cabins and a gourmet restaurant

But life must go on and so winemakers like the Kedem family keep pushing onward. The family produced their first wines in 1997 and Oren spent a year studying wine making techniques in Sonoma, California. The Assaf Winery is one of the few wineries that don’t buy grapes from farmers. They grow all of their own grapes – 7 varietals on 12 acres of land.

Over five consecutive years Assaf Winery was awarded rankings over 90 for their Cabernet Sauvignon Reserve series. I tasted a variety of Assaf’s wines including white, rosé, red and sweet. 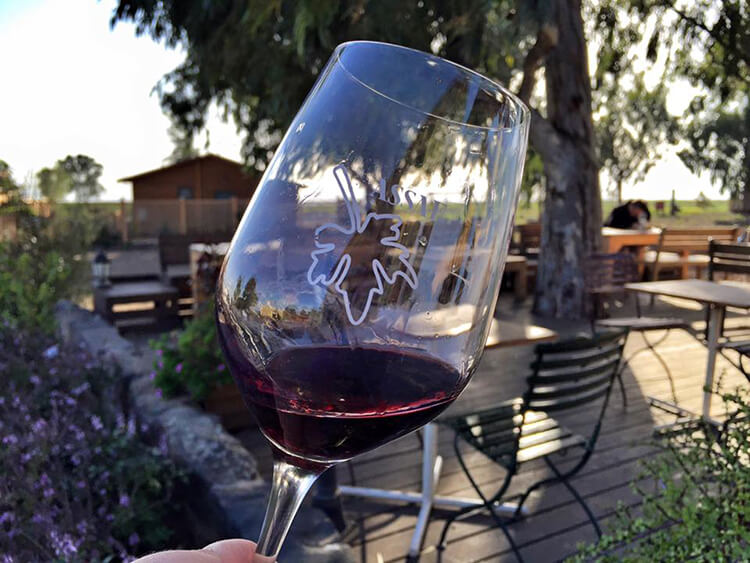 The Assaf Moise Grand Reserve is a bottle not typically opened for tastings since only 1200 are produced out of the winery’s total annual production of 45,000. It was my lucky day. We did get to try the Moise Grand Reserve and it turned out to be my favorite. Acclaimed wine critic Daniel Rogov awarded it with a score of 92 in 2008.

I tried many more Israeli wines during my stay in Israel and all were flavorful and high quality. This is a country that I can’t wait to see how wine tourism develops in.

My trip was provided by Puzzle Israel in order to bring you this story. However, Luxe Adventure Traveler maintains full editorial control of the content published on this site. As always, all thoughts, opinions, and enthusiasm for travel are entirely our own.