You are here: Home / Europe / United Kingdom / 5 Musicals to See on Your Next Trip to London 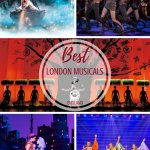 Seeing a show on Broadway is a bucket list item for many, but London’s Theatreland (or West End) can definitely give the Big Apple a run for its money. And London’s relationship with theater stretches back far before the United States even became a country, to when the first permanent public playhouse was built in Shoreditch in 1576. London’s love of theater stretched right in to the present day, with London musicals being one of the top things to do on an evening out in London.

London’s West End is one of the most popular theater districts in the world, and a mecca for musical lovers with 40 theaters in total. It’s smack in the heart of London and a hub of the city with shops, restaurants and pubs a plenty to entertain you pre- and post-theater.

London musicals can run for long periods of time; years even like Disney’s The Lion King which is in it’s 16th year at the Lyceum Theater. Check out which musicals and shows are on during your next trip to London and get your tickets at Encore Tickets. I’ve also rounded up my five favorite London musicals just in case you need a little help picking one to go see.

Who doesn’t love ABBA? I’ve seen the movie countless times, rushed to the theater to see Mamma Mia! Here We Go Again, crank up the radio a little louder any time ABBA comes on and have seen the musical more than once.

I’m not sure there’s a soul on earth that doesn’t know the story line of Mamma Mia. Based on the songs of the legendary Swedish band, it’s a laugh-out-loud tale of a daughter, her mother and her three possible dads. ABBA’s best hits are sure to get your toes tapping while Donna Sheridan and her lifelong friends, The Dynamos, get ready to send her daughter Sophie down the aisle for her big, white wedding. And it’s impossible not to sing along to the high-spirited rendition of Dancing Queen. Phantom of the Opera by Johan Persson

2. Phantom of the Opera

I remember when Phantom of the Opera opened in Toronto in 1989. I’m fairly certain that aside from kids theater like Sesame Street Live, that my trip to see the musical at the Pantages Theater with my mom was my first ever real musical. And the moving performance sealed my love for musicals for life. I’d see Phantom of the Opera several more times, so it’s only fitting to be on my list of the best London musicals.

The Phantom of the Opera is the third-longest-running West End show, which is another testament to it’s quality and as an extraordinary performance.

The story is based on a 1910 horror novel by Gaston Leroux about a man that has been deformed since birth and lives in the sewers beneath the Paris Opera House, terrorizing it and the opera’s singers. The Phantom, as the deformed man is known, falls in love with one of the chorus singers, Christine.  As the young, beautiful Christine rises to stardom, a suitor from her past re-enters her life and angers the Phantom. Even though he’s murderous and horrific, Christine can’t help but be drawn to him in this love story. 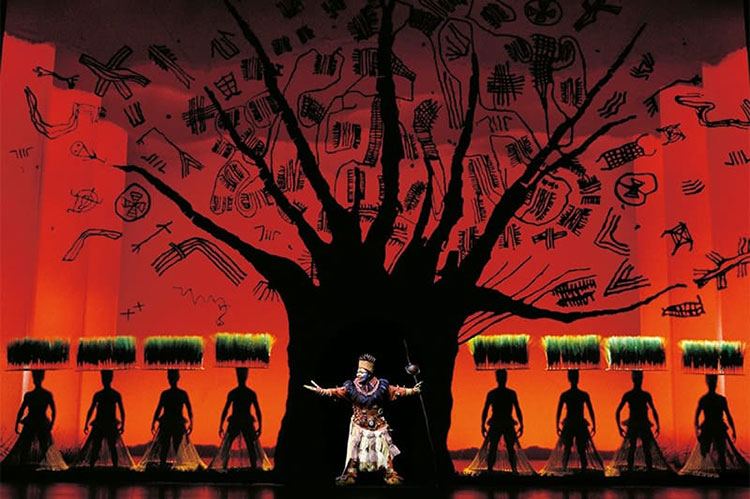 Disney’s The Lion King was long was one of my favorite Disney movies. I’m not sure how many times I watched Simba, Timon and Pumba but enough times that it’s probably a miracle the VHS tape even still worked. Needless to say, I was really excited when the movie was adapted to an award-winning musical.

The costumes and special effects that brings this beloved Disney animated movie to life on a theater stage are truly spectacular. That along with the songs written for the original film by Elton John catapulted this musical to one of the most popular musicals of all-time.

We’re transported to Africa’s pride lands as Simba struggles with the guilt after his evil uncle convinces him that he’s responsible for his father’s death. His childhood friend, Nala, comes looking for food after the pride lands have turned into a desolate nothingness during Simba’s uncle’s reign of terror and finds Simba. With her help, Simba is eventually convinced to return to his childhood home and take on his uncle for his rightful place as king. Aladdin is the tale of two opposites falling in love

I enjoyed Disney’s Aladdin when it came out in 1992, but it wasn’t one of the Disney movies I watched over and over like The Lion King. And if Tieks hadn’t sent me tickets to go see the musical, I’m not sure I ever would have. That would have truly been a shame, because it was directed by the shame director of The Lion King musical. Agrabah, the fictional setting of Aladdin, comes to life on the stage with another sensational Disney adaptation.

Just as with the movie, it’s a love tale of a girl and boy from different worlds. Princess Jasmine is feeling pressure when he father tells her he’ll choose a royal husband for her and sneaks out of the palace. She meets Aladdin, a reformed thief living on the streets. After being discovered together, Aladdin is sentenced to death. Of course, we need an evil villain and that’s the Sultan’s right hand man, Jafar. He offers to save Aladdin if he’ll fetch Jafar a golden lamp that Jafar needs as part of his plot to overthrow the Sultan. Where there’s a lamp, there’s a genie. Aladdin unwittingly let’s Genie out and suddenly Jafar’s plans are thrown for a magical loop.

I love Chicago so much I even made Tim dress up as Billy Flynn to my Roxie Hart one Halloween. So it’s not surprising that the 1920s-era jazzy tale made my list of favorite London musicals.

It’s the tale of two vaudeville murderesses both locked up in Chicago’s Cook County Jail. Enter the dreamy lawyer, Billy Flynn, who takes on both Roxie Hart and Velma’s cases. Neither will be outdone in the media frenzy that surrounds the two nightclub singers as they each go to trial.

If you’d have been there. If you’d have seen it. I bet you’d be just as dazzled by the catchy showstopping numbers and flapper and vaudeville costumes.