You are here: Home / Africa / Tanzania / The Culture, Music and Dance of the Maasai Tribe

When your Cessna lands on nothing more than a dirt strip in the middle of the African bush, it’s easy to forget that there are indigenous people – or any people, really – living amongst the king of the beasts. The Maasai Tribe have called these arid plains of southern Kenya and northern Tanzania home for centuries and together their population numbers nearly half a million people. We had the opportunity to learn a little about them and their culture during our stay at Tarangire Treetops on our SkySafari. A Maasai village is located quite close to Tarangire Treetops and the camp has developed a special relationship with the tribe. The Maasai tribe men provide patrols around Tarangire Treetops, lead the bush walks like the one we went on, and entertain guests with their dancing and singing during a traditional boma dinner. We even had the opportunity to visit the nearby village. 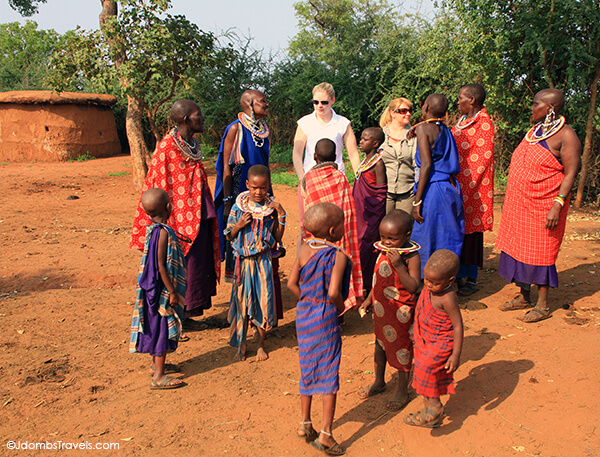 Singing and dancing with the Maasai tribe

As we arrived at the village, we were greeted by the smiles of the Maasai tribe women and children. Welcoming us to their home, the children grabbed hold of our hands and were so excited to show us their village. The women make beautiful beaded necklaces and put one around my neck just like those they themselves were wearing. I couldn’t understand a word, but as they danced, jumped, and sung their hospitality was undeniable. 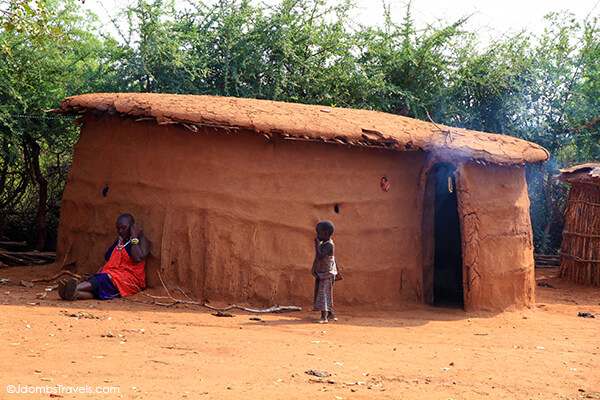 With the help and translation of our SkySafari guide, Elly, we learned about what life is like in the village. The men are responsible for building a fence from thorned acacia trees, which keeps predators out and from attacking the tribe’s livestock. It is then the women that are responsible for building the houses. They use sticks, grass, mud, and even cow dung to construct the houses. 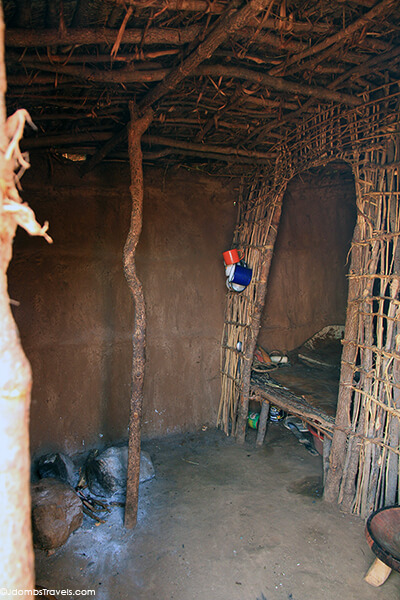 The houses are called Inkajijik and it is here that the family cooks, eats, sleeps, socializes, and stores food and their few possessions. The robes they wear during the day serve as their blankets at night. The women are also responsible for getting water, gathering firewood, milking the cows, and preparing the meals for their family. The tribe’s diet primarily consists of raw meat, milk, and raw blood from their cattle. On special celebrations or as nourishment for the sick, they also mix milk with raw blood to prepare a ritual drink. 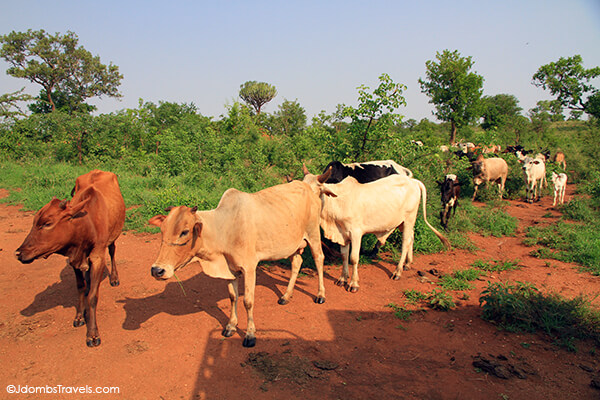 The cattle are essential to the tribe. They serve as a form of currency and are traded for everything from beads to school fees for their children. But never ask a Maasai tribesman how many cattle he owns. It would be equivalent to asking someone how much money they make. The more cattle you own, the wealthier you are. We soon waved goodbye to the women, children, and curious cows to let them go about their day. But later that evening back at Tarangire Treetops we had a feast awaiting us served around the fire. The Maasai tribe sung and danced around the campfire for us. Though it was pretty dark, this short video we captured will let you hear their energetic song.

Our visit to the Maasai village was fascinating and the Maasai people are full of character. Their deep-seeded cultural ways gave us a look into what life was probably like on these African plains centuries ago.

Disclosure: Our trip to Tanzania was hosted by SkySafari by Elewana in order for us to bring you this story. As always, all opinions are entirely our own.