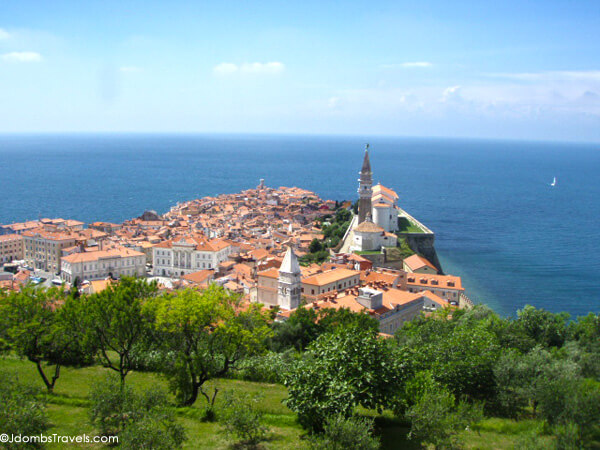 Piran is situated at the tip of the Piran peninsula on the Gulf of Piran. It borders Croatia to the south, and the municipalities of Izola and Koper to the east and faces Italy across the Gulf of Trieste and the Adriatic Sea. With Piran closed off to traffic except for the residents, the best way to see Piran is on foot. Start out by visiting the many beautiful buildings in Piran and then hike the many footpaths around the city. 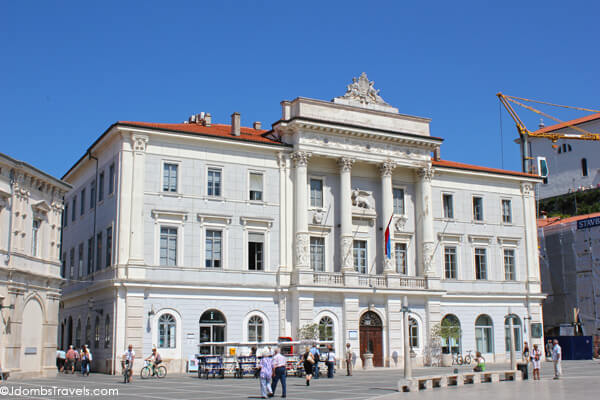 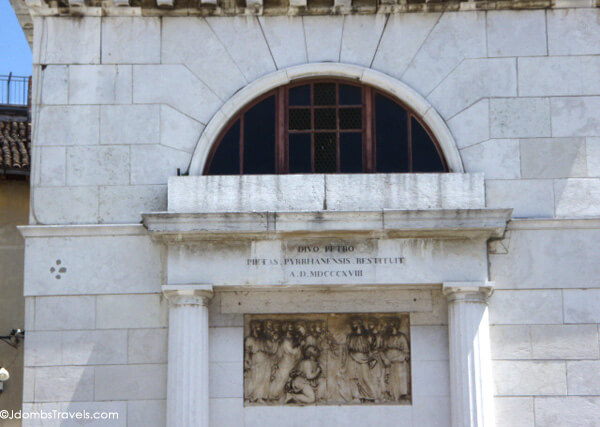 The beautiful oval-shaped main square, Tartinijev Trg, has a statue of the famous violinist Giuseppe Tartini. The lovely 19th-century City Hall, the most impressive building on the square, stands behind the statue. This was once the marina, but after it silted up, it was paved over with white stone. The only church on Tartinijev Trg, the relatively diminutive Church of St. Peter has roots going all the way back to 1272, but took its present classical form in 1818. An exquisite relief above the main entrance depicts Christ bestowing the keys to the Heavenly Kingdom upon Peter. Continuing up the steep, narrow streets past Tartinijev Trg, you will come to the lovely Minorite Convent and its early-14th-century Church of St. Francis of Assisi. In the convent courtyard, stop to admire the root of a 500 year old indigenous olive tree called the Piran Buga. You may also be in for a special treat if you visit in summer and be able to hear the monks chanting. 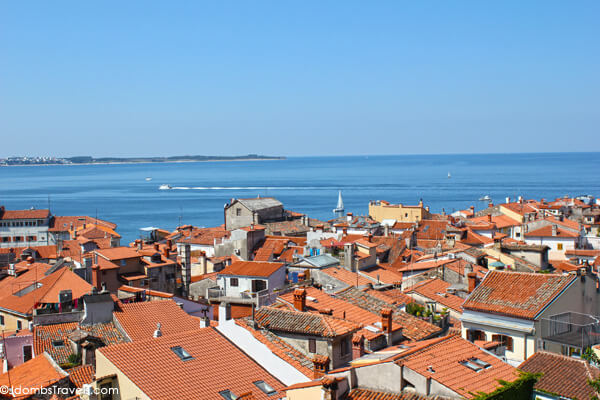 Get bird’s eye views of Tartinijev Trg and all of Piran by climbing up the hill to the impressive St. George’s Church which overlooks the town. St. George’s has a bell tower modeled on St. Mark’s Campanile in Venice and Venetian School of Art paintings in a soothing white-and-silver interior. Parts of the alter look as though silvery stars are sparkling against a deep blue night sky. Climbing the steep cobbled streets further still, follow ulica IX.Korpusa up the hill from Tartinijev trg, you can reach the city walls. They once ran from the sea all the way to the harbor, and seven crenelated towers are still intact along the 200 meter stretch. From atop the towers, there are magnificent views over Piran and the Adriatic. 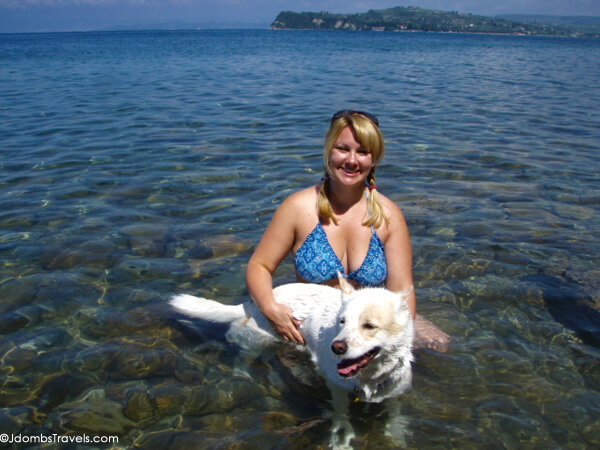 Climbing down the hill, one of the many footpaths in Piran will take you along a scenic hike of the coast to the town of Fiesa. While there are no beaches in Piran (you can swim off one of the many piers along the harbor), you can locate some rocky beaches along the hike from Piran to Fiesa. The water was crystal clear and much calmer on this side of the peninsula, which is why it is one of Emma’s favorite beaches. Perfect for a swim to cool off after climbing the steep hills!

Be sure to stop by the Tourism Office on Tartinijev trg for a map of the footpaths around Piran. The Piran-Fiesa-Portoroz-Piran loop is a lovely hike. The Strunjan Tunnel path (8km) transports you from the bustle of Portorož to salt pans of Strunjan via the tunnel of the former narrow-gauge Trst-Poreč railway line.