You are here: Home / Europe / Finland / Up Close with Arctic Animals at Ranua Wildlife Park 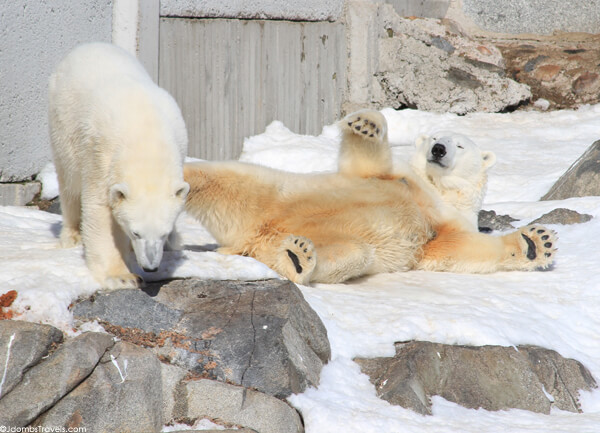 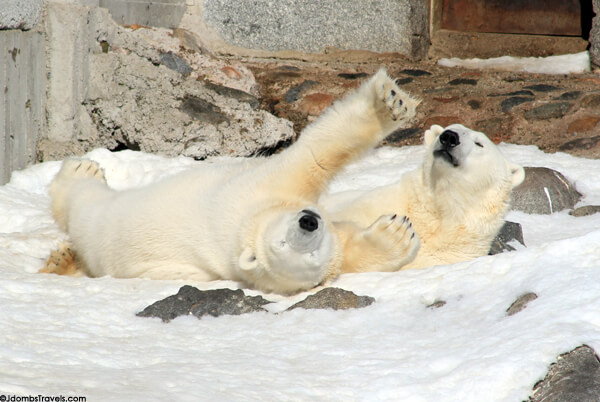 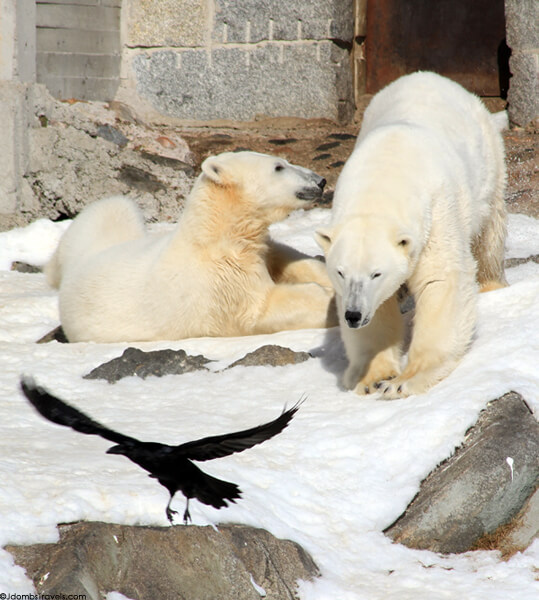 Ranua Wildlife Park has around 50 species of Arctic animals. If you’ve been following our blog for a while now, it’s probably no surprise that both Tim and I’s favorite animal at Ranua is the polar bear. When I visited in 2011, only the male polar bear was active. The female was in her den and had given birth to a polar bear cub within days of my visit. I watched the male use his sheer power and weight to break ice and retrieve the treats I had tossed in as I got a VIP guided tour with one of Ranua’s caretakers. On our return visit, Tim and I had to literally be dragged away as we watched momma and cub (who is already as big as his mom!) play and roll in the snow. 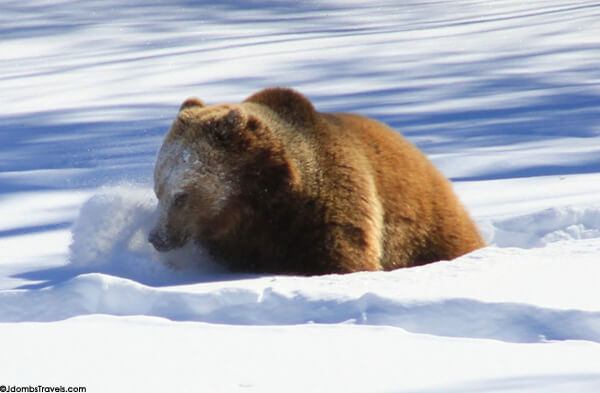 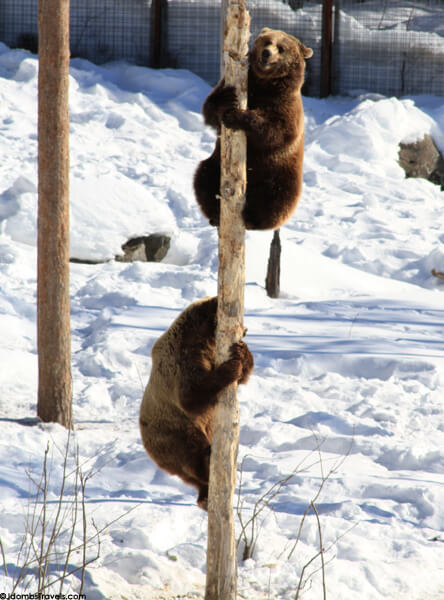 The brown bears were still hibernating on my first visit, so I was delighted to see that they had just woken up days before and were full of energy after their long winter’s nap. The brown bears chased one another, impressively running and pouncing with agility through several feet of snow before climbing the trees. The snowy owls are incredibly beautiful with their white plumage, though they are only white in winter to help them blend in to their surrounding. I also think it is interesting that the snowy owl is active in daylight, unlike other owls that are strictly night owls. This is because the snowy owl has to adapt to the 24 hours of sunlight in the Arctic summer. Lynx are common on some of the islands near Kemi and though we didn’t spot one there, this beauty was napping and soaking up the warmth from the sun. We learned that the lynx actually shares many features of a house cat; it can even purr!

We could go on and on about the muskox, reindeer, wolves, and all the other animals that only live in the Arctic. But we won’t give away all the secrets of the Arctic animals – you’ll just have to visit for yourself to learn more!

Our time in Finland and Sweden was hosted by LappOne, who offers a variety of holidays to Lapland. As always, all opinions are entirely our own.