You are here: Home / Europe / Italy / Castelvecchio: The Friuli Winery That Was Once a WWI Battleground 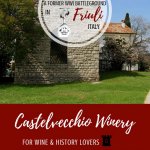 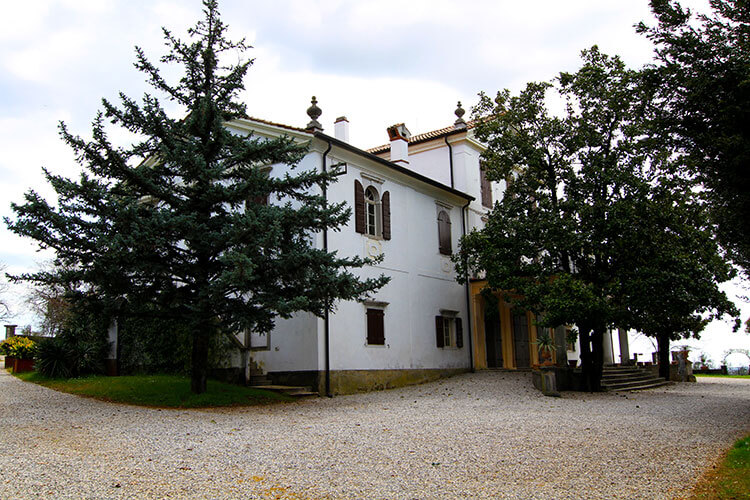 We seemingly find ourselves at a lot of wineries steeped in history, like Faust Wine Cellar in the vast labyrinth system beneath Buda Castle that served as escape routes in the middle ages. But World War I and World War II history feels like current history and Azienda Agricola Castelvecchio Winery served as a glorious and tragic theater for a WWI battle that took these lands away from the Hapsburg Empire. The villa on the grounds of Castelvecchio Winery even served as the Italian headquarters command for part of the war and the graffiti of the soldiers is still preserved on its walls. 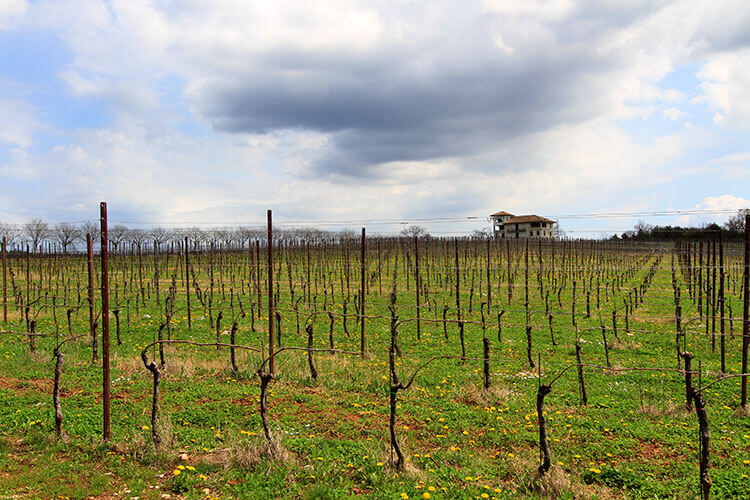 The vineyards weren’t planted until nearly 70 years later and today extend for over 40 hectares. The karst land the vineyards are planted on is a natural phenomenon; water collects in natural basins below the hard, rocky surface and gives life to the vines. These are ideal conditions for producing supreme wines.

In Castelvecchio Winery’s agriturismo, the motto is that a fine glass of wine should be savored with just the right accompaniment. A plate of prosciutto, salami, and cheeses was placed in front of us to accompany the wine were about to taste. 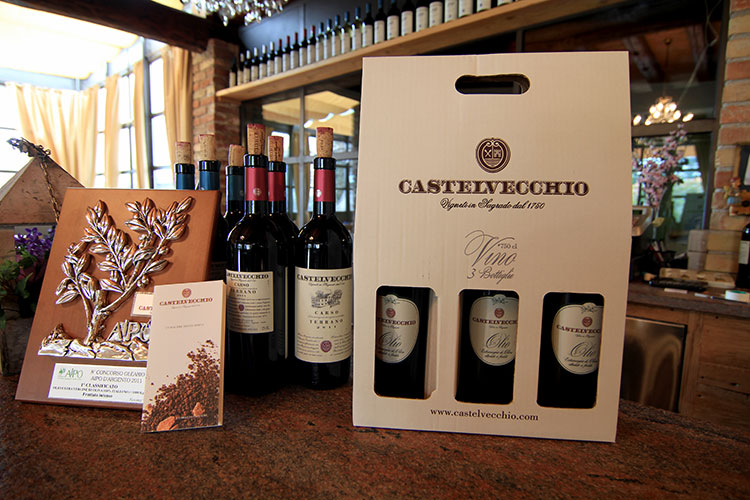 The Friuli Venezia Giulia is known for impeccable white wines and we began with a 2012 Malvasia Istriana, a light yet elegant white. It’s a very young wine that has just started being produced recently and has aromas of flowers and tastes of tropical fruit. It pairs nicely with shellfish like a clam or mussels saute and grilled fish.

We moved on to the reds and our favorite of the day was the 2009 Cabernet Franc. It had wonderful scents and tastes of the barrel with a nice velvety finish. It paired wonderfully with the salami and would be fantastic with game meats.

We always try new wines and sipped the Terrano, which is typical to the Sagrado area, but we found it to have a very bitter and tart taste. However, when blended with the Cabernet Franc and Cabernet Sauvignon from the vineyard’s best years in the 2005 Sagrado Rosso, we were in love. The special vintage cuvée is round and velvety. It was rich with a nice hint of spice and a peppery finish. It pairs nicely with meat and pasta dishes with a rich ragu like wild boar ragu. Wander around the lovely gardens while visiting Castelvecchio 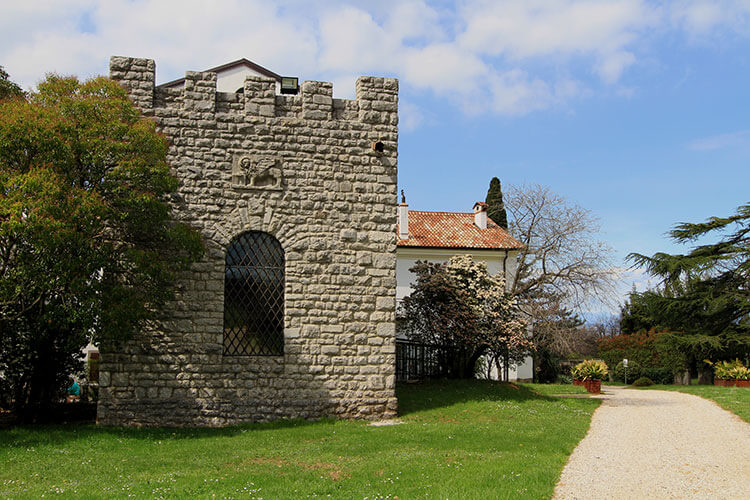 After finishing your wine tasting, wander around Castelvechhio Winery’s beautiful grounds. There is an olive grove with over 600 trees which they produce olive oil from and in the woods, where you’ll also find trenches left from the war, are 50 bee hives from which they produce acacia honey.

Getting ThereVisits
Castelvecchio can be reached by car easily from Venice or Trieste.