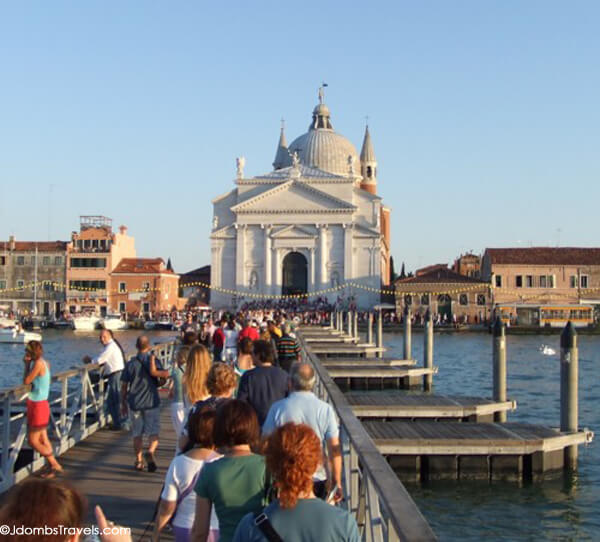 The Festa del Redentore began as a feast to give thanks for the end of the terrible plague of 1576, which killed 50,000 people,including the great painter Tiziano Vecellio (Titian). The Doge Alvise I Mocenigo promised to build a magnificent church if the plague ended. Andrea Palladio was commissioned, assisted by Da Ponte, to build the magnificent church on the Island of Giudecca. The church, known as Il Redentore, was consecrated in 1592, and is one of the most important examples of Palladian religious architecture. After the foundation stone was laid, a small wooden church was temporarily built, along with temporary bridge of barges from the Zattere, so that the Doge Sebastian Venier could walk in procession as far as the tabernacle. Afterward, the Doge made a pilgrimage to the Church of Redentore every year. 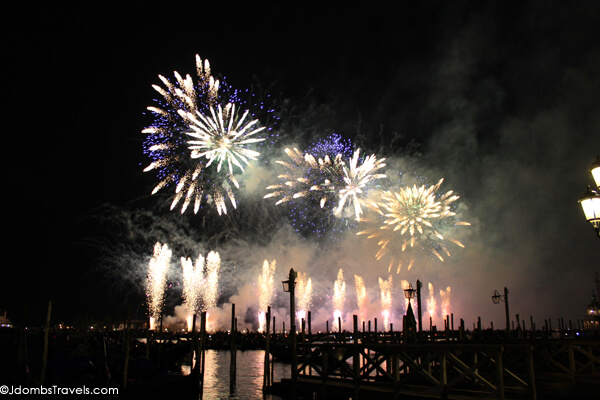 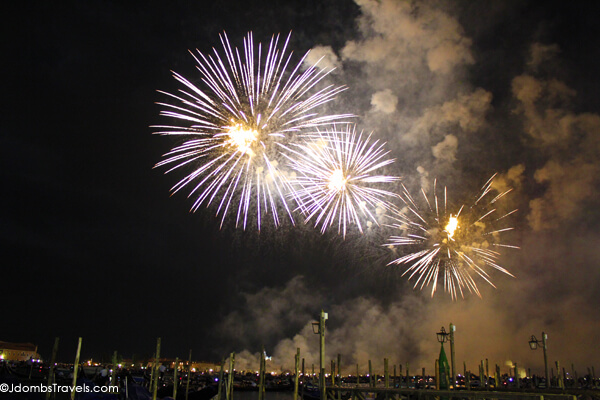 The festival is the third Saturday and Sunday of every July. For this weekend only each year, a bridge of barges is built connecting Giudecca to the rest of Venice. On Saturday evening at 7pm the 333m-long bridge, called the Ponte Votivo (votive bridge) is opened and there is a special religious ceremony at the Il Redentore. Beginning at 11:30pm, a 45 minute firework display is lit over the Il Redentore and the lagoon, which is filled with boats decorated with lights and garlands. Once the fireworks are over, the young people of the city head off to the Lido, where they sit on the sand and wait for dawn.