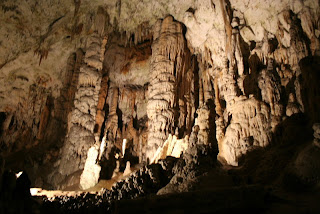 Postojna Cave is located in western Slovenia and is a 20km (12 mile) labyrinth of passages filled with stalactites, stalagmites, and rock formations. Postojna Cave is part of the Karst cave system, meaning a landscape shaped by the dissolution of a layer or layers of soluble bedrock, usually carbonate rock such as limestone or dolomite, and is the longest cave system in Slovenia. Postojna Cave is also home to the Proteus Anguinus, a unique creature with no eyes, which can grow up to 30cm (1ft) in length and feeds on snails and worms.

The cave was first discovered in the 17th century and opened to the public in 1819. The cave has a long history and was used for many purposes. It was used as storage room, a hideout, a bunker, and the Germans used it as an fuel depot during World War II. When the fuel was destroyed by partisans, the explosion and the fire, which burned for seven days, also destroyed a huge passage of the cave. The partisans were guided by a former cave guide and entered through Crna jama, and used the artificial tunnel dug by the Italians to enter Postojna from behind. The Italians took all cave maps with them when they left, so the Germans did not know about this rear entrance and did not guard it. 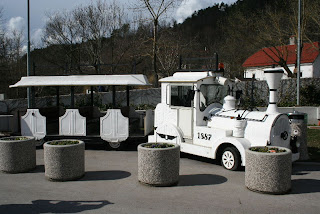 Since its opening, the cave has been visited by more than 31 million visitors from all over the world. In 1872 railway lines were laid in the cave with the first railway cars being pushed by the cave guides. Next, a gas locomotive took tourists into the cave. Electricity arrived in 1884 and today visitors board the electric lightning cave train, zipping 5km deep into the cave in under just 5 minutes. 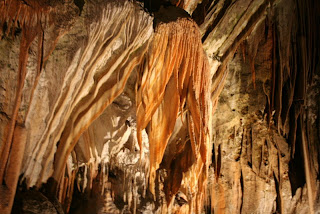 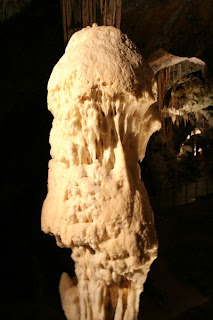 Exiting the cave, you see a raging river flowing into the cave over some small waterfalls and exit through the historic entrance gate. There is also a cave restaurant, cave concert hall, which can hold more than 10,000 people, and a cave post office. And be sure to visit the nearby cave castle, Predjamski Grad.