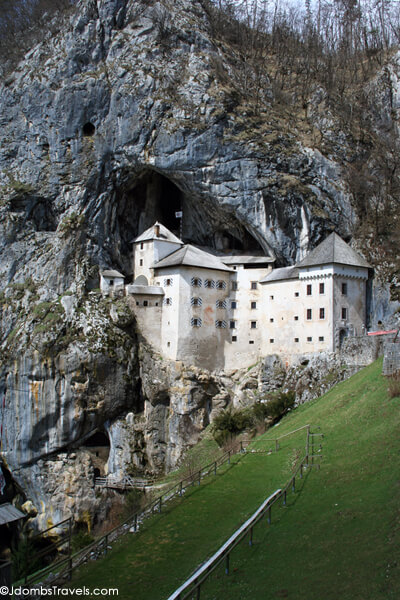 Predjamski Grad, or the Predjama Castle, is perched in a cavern 123 meters up a steep overhanging cliff. Aside from the stunning cave-castle, archaeologists have discovered a prehistoric settlement in the caves of the area which dates back 150,000 years before Christ. The castle dates back to 1202 and has a drawbridge over a raging river, holes in the ceiling for pouring boiling oil over intruders, a dungeon, several natural water wells, and a eerie hiding place at the top called Erazem’s Nook, a secret shaft and tunnel system that leads all the way to Postojna Cave. 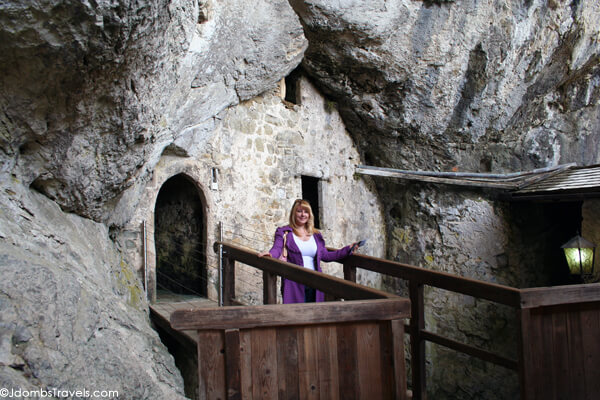 Erazem was able to fend off the Austrian army, under Gašpar Ravbar, the governor of Trieste, for one year and one day. Erazem supplied food and continued in his robberies of the Austrian caravans during the siege by using his secret passageway leading to Postojna Cave. 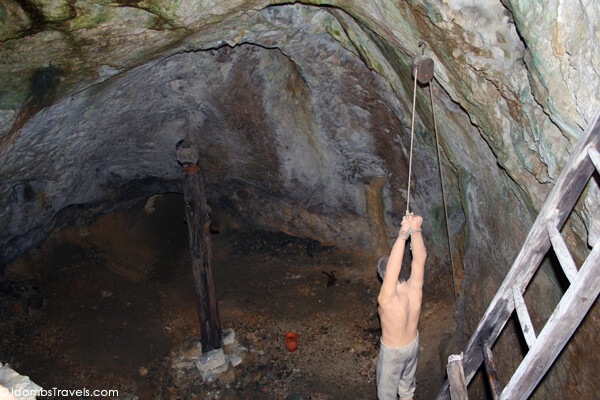 A depiction of Erazem being captured and tortured

Erazem was hit by a cannon ball as he sat on the toilet. It seems a turncoat servant had betrayed him, by marking the location of the water closet with a little flag, for Ravbar and his men.

The original castle was destroyed during an earthquake in the 16th century. The castle we see today was rebuilt Renaissance style in 1570 and has remained virtually unchanged to this day. In 1991, while working in the cellars, restoration workers discovered buried treasure from the 16th century, which is now housed in the National Museum in the Slovenian capital of Ljubljana.

The cave below Predjama Castle is a 6km network of galleries spread over four levels. From October until May, the cave is closed to visitors because it is an active cave and the bats need darkness and silence. During the open season, May until September, visitors can see the cave in small groups led by a guide with the use of special gear that can be rented there. 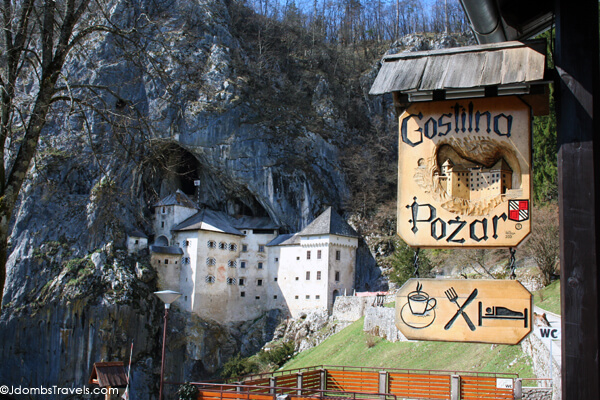 Be sure to plan your visit with enough time to enjoy Gostilna Požar, a simple restaurant conveniently located in full heart-stopping view of the castle.