Rising a staggering 12,200 feet above Tenerife in the Canary Islands, stands Spain’s highest mountain and Europe’s largest volcano: El Teide. The ascent to Mount Teide is like going to another world. As we left the beach and climbed, the landscape slowly began to change from black volcanic rock and cacti to an alpine forest and finally to a lunar-like landscape.

The park itself lies at around 6,562 feet above sea level and is home to the rock formations of Los Roques de Garcia. Here, you can see the work of thousands and thousands of years worth of erosion, where the wind and grit sculpt eerie and strikingly beautiful shapes out of standing pillars of rock. 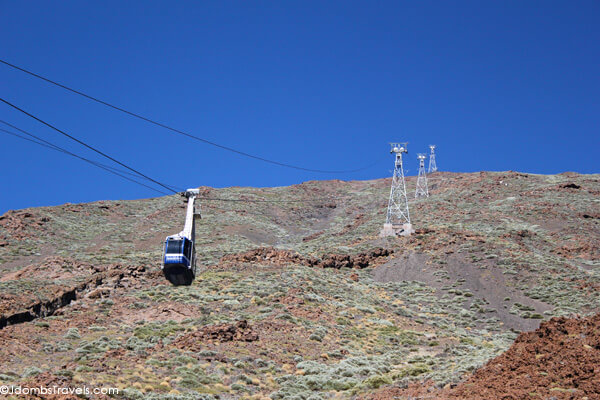 The best way to reach the highest point of the peak is by the cable car, Teleférico del Teide. In just about 8 minutes, the cable car swooped us up to just 200 meters from the summit.We were literally above the clouds and enjoyed breathtaking views of the islands of Gran Canaria, La Palma, La Gomera and El Hierro. 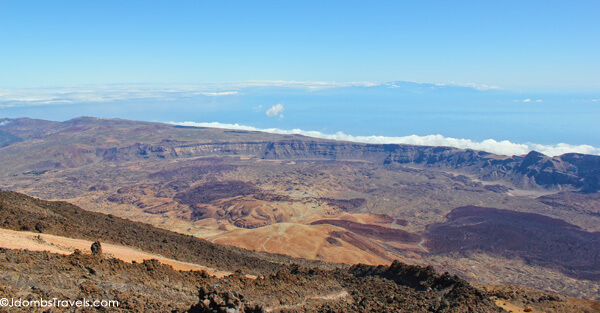 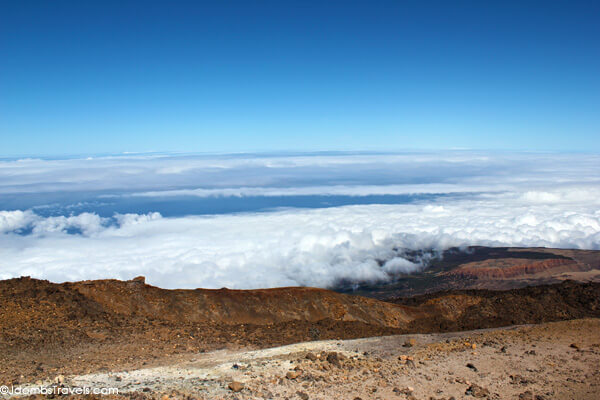 With a pre-arranged permit, however, you can walk up to the very mouth of the dormant volcano itself. We learned, unfortunately too late, that to get the permit, you have to contact the Park Administration office in Santa Cruz and take your passport there to get the free permit. Limiting visitors in this way protects the extremely fragile ecosystem. 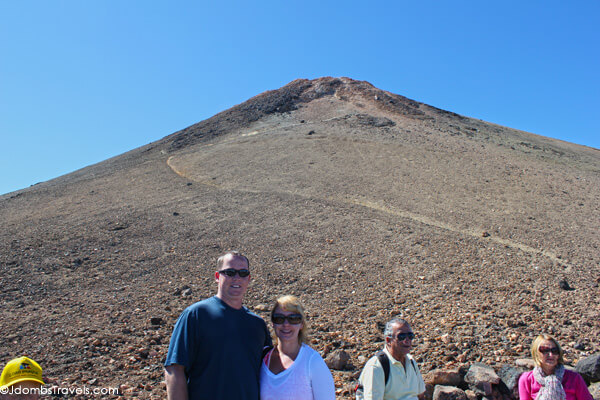 One of those horrible photos tourists take, but the only shot of us together at Mount Teide 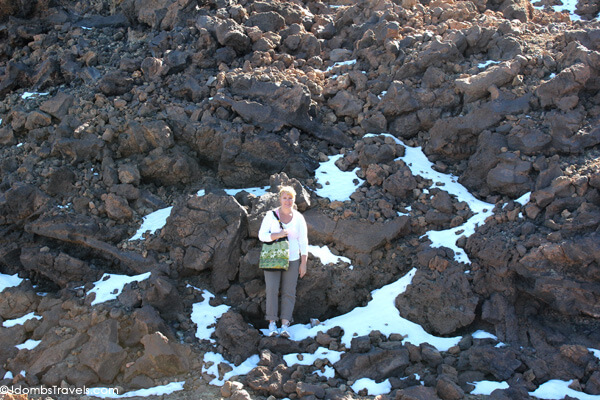 We may have had a snowball fight…

Since we couldn’t ascend, we hiked down to the Refugio de Altavista where we were hoping to locate the Cueva del Hielo, or ice cave, we’d read about. It too proved elusive; despite following the directions given to us at the Refugio, we never did locate the ice cave. None the less, the lunar landscape was beautiful and we both got quite the workout on our hike back up to the cable car station.

I’m writing about NYC from our trip last month,

My 40th birthday is weeks away now. We’re thinki