You are here: Home / Europe / Italy / Seeing the Shroud of Turin in Torino, Italy

Torino, site of the 2006 Winter Olympics, is located on the left bank of the Po River. Aside from being a city of porticos, Torino is also well known as the home of the Shroud of Turin. 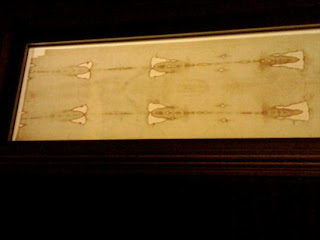 The Shroud of Turin is a centuries old linen cloth that bears the image of a crucified man; a man that millions believe to be Jesus of Nazareth. It is the single most studied artifact in human history. Normally, the Shroud is kept sealed away in a climate controlled case in the Cappella della Santa Sindome in the Cattedrale di San Giovanni, but it went on public display for the first time in ten years on April 10, 2010. Millions of people, including the Pope, journeyed to Torino from all over the world to see the Shroud. 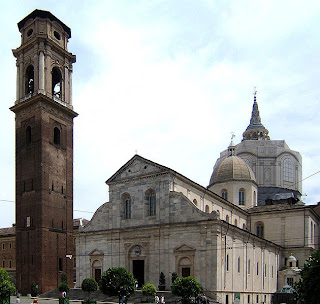 Many believe the Shroud is the cloth placed on the body of Jesus Christ at the time of his burial. A fire threatened the shroud in April 1997, but a fireman saved it from significant damage.In 2002, the Holy See had the shroud restored. The cloth backing and thirty patches were removed, making it possible to photograph and scan the reverse side of the cloth, which had been hidden from view. A ghostly part-image of the body was found on the back of the shroud in 2004. 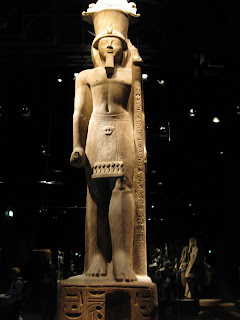 On this visit to Torino, we also visited the Museo Egizio, which houses the second-largest Egyptian collection of any museum outside of Cairo. Some of the interesting holdings include several copies of the Egyptian Book of the Dead, the intact sarcophagus of Vizier Ghemenef-Har-Bak, and the tomb of the 14th century BC architect Kha and his wife, complete with furnishing and food. This is one of few Egyptian tombs spared by grave robbers. 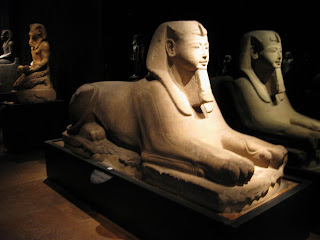