February was a pretty good month and this ninth edition of Bordeaux in 365 Bottles is mostly filled with highs. A good problem to have, really. We’ve also got some huge news to share this month, so keep on reading and let us know what you think! 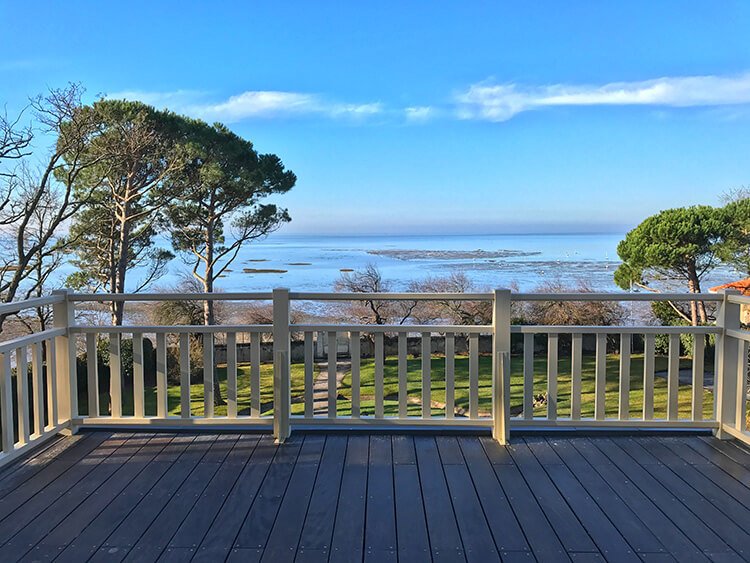 We spent a relaxing Valentine’s Day at the beach

Long distance relationships definitely aren’t easy. Tim and I hadn’t seen each other since October when we met up in the Philippines. We considered rendezvousing somewhere, but in the end Tim wanted to come spend some more time in Bordeaux with both me and Emma.

Two weeks is just too short when you’ve been living apart for seven months now, but we made the most of the time we had. Not only did we fill our time at home in Bordeaux hanging out with friends, we packed in a ski trip to Andorra and a few days out at a luxury villa in the Bay of Arcachon.

Best of all, we were together to celebrate our 14th wedding anniversary. Having Tim here was definitely the highlight of my month. The big news is that we’ve decided to open a food tour business here in Bordeaux. So, without further ado, let us introduce to Bordeaux Bites & Bottles.

You know how much we love going on food tours when we visit urban destinations, like this gourmet food tour in Marrakech or getting off-the-beaten-path while eating our way through Rome’s Trastevere neighborhood. Since food tours like our favorites from around the world don’t exist in Bordeaux and there’s so many wonderful Bordelaise and Aquitaine specialties to try, we know our new business venture will be a success.

We have to navigate a ton of French administrations and paperwork (which probably means a lot of crying out of frustration for me) to register our business in France, and we hope to be offering our new food tours of Bordeaux this summer.

Our tech company who did the redesign of this site is building our new website and we’ve already got our Bordeaux Bites & Bottles Instagram up and running. Please come give us a follow! And we hope you’ll be able to join us on one of our Bordeaux food tours once we’re open for business.

While we’re excited about this new business venture, we also know it’s going to be a huge challenge. Not only do we have to figure out how to operate this type of business, we’re doing it in another country. It also means that Tim and I will be continuing our long distance relationship, though once he moves to England in July, it will be much easier to see each other on a more regular basis. Can you believe this is France?

I absolutely adore Bordeaux, if that hasn’t been obvious over the last seven months. But I haven’t explored too much beyond Bordeaux, Saint-Émilion, wine châteaux and the Bay of Arcachon.

So I am very excited to be starting a new project with Nouvelle Aquitaine, my region in the South West of France where Bordeaux is located. It’s the largest region in France at over 80,000 square kilometers and I’ll have plenty to explore. I’ll be starting with trips to Biarritz and the Basque Coast in April, the Dordogne in May and the inland areas of France’s Basque country in June. We were published in a magazine

Last year we finally checked getting our open water dive certifications off our bucket list when we did a NAUI program at Deep Water Cay in the Bahamas. NAUI’s press team got in touch with us about republishing my story of conquering my fear and completing the dive certification program in their quarterly magazine.

We were thrilled to finally see the article published in NAUI’s Sources: The Journal of Underwater Education magazine with a four page feature spread including Tim’s photography. How to deal with French paperwork: keep double magnums (about the equivalent of 4 bottles of wine) on hand

French administration and paperwork stresses me out. I’m always nervous I’m going to be missing something or complete something incorrectly, which could hold things up. I must have gone over my visa renewal paperwork a million times and drove no less than three of my French friends crazy asking them to check it over.

I also can’t believe it’s already time to be tackling the process of renewing my visa. Doesn’t it seem like I just moved to Bordeaux? Nothing ever really happens in Bordeaux weather wise. It’s generally pretty nice here with mild temperatures in winter and hot, dry summers. Except for the weekend Tim arrived and a storm with winds that got up to 170 km/hour wreaked havoc on everything.

At one point in the middle of the night I seriously thought a tornado was coming through. Garbage bins and huge pieces of debris were flying down my street. I pulled my shutters closed to protect my windows and took Emma down in to my stairwell.

The next morning I saw that one of the buildings in my neighborhood was damaged, but otherwise everyone was very lucky here in the city. Trains and trams were shut down and hundreds of people were stranded on the motorway because of bridges in to the city being closed. Hundreds of thousands throughout my region were left without electricity, though the electric company was quick to deploy technicians and everything was restored by the next afternoon. 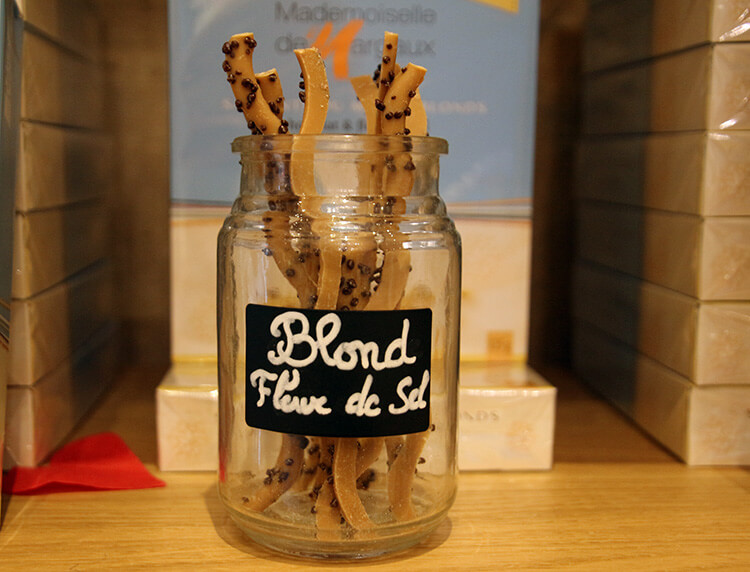 I didn’t do much writing in February since I took a good part of the month off to spend it with Tim. But we sure hope that the popularity of our chocolate picks in Bordeaux is a good indication that our food tours will also be a hit.

Where to Find the Best Chocolate in Bordeaux

We appreciate it so much that when we post photos of Emma, so many of you ask how she’s doing. After her massive surgery and battle with liver cancer, it’s amazing how well she is doing. She does still have a tumor at the base of her spinal chord, which we can’t do anything about. And she’s 12 years old. So we just appreciate the time we have and make sure she’s enjoying life.

We took our pup, Emma, to Dune du Pyla when we first moved to Bordeaux. I think the weather was just as warm now as last June! At least, Emma thought it was warm enough for a swim. We stuck with just having our toes in the sand. 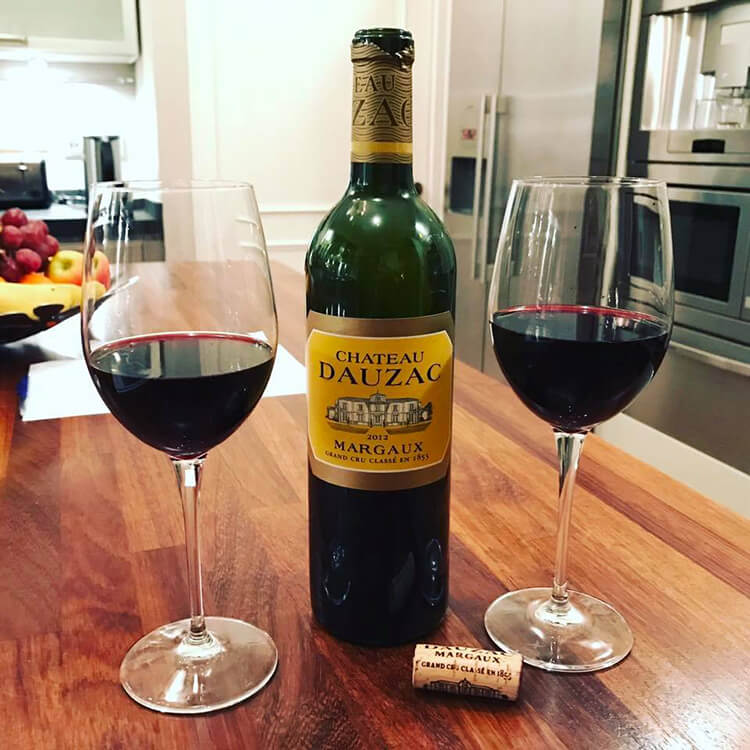 I did a terrible job of keeping track of what I drank in February, so there’s definitely a handful of bottles missing. I blame Tim. I was just so excited to have him here that I completely forgot to put all of our bottles in Vivino, which is how I keep track of everything I try.

I did rack up a fair number of wines from outside of Bordeaux last month. We had some really nice Spanish wines while visiting Andorra, like the Sogas Mascaró Cava we were welcomed in Andorra with. We also tried a Castell d’Ordal Sekt Brut and an Alta Río Rioja Joven 2015 at a traditional restaurant with lunch.

Andorra does produce wine, though they have just four wineries in the country. The wine production is quite small and it’s actually a bit difficult to find Andorran wine. We couldn’t leave Andorra without trying a locally produced wine, so despite the high price tag we had a bottle of Casa Auvinyà Syrah 2013. Andorra mainly produces white wines, and Casa Auvinyà produced the first red wine in Andorra in 2009.

We also had an incredible tasting menu at Origen by Michelin star chef Nandu Jubany in Andorra, which was paired with a Spanish white wine created for Chef Jubany called Magia and a Cérvoles 2007.

We attended an early Valentine’s Day dinner party where my friend prepared a fabulous love inspired meal. She even decorated the soup with cream heart garnishes. It was a fairly intimate dinner party and we managed to polish off a Chateau La Tour de Mons 2011 double magnum (pictured above), which is the equivalent of about four bottles of wine or six liters. This was after a few bottles of crémant and I believe we had another regular sized bottle.

Making the rounds with my friends so they could all finally meet Tim, we had lunch with another couple. I absolutely loved the label of the Didier Dagueneau Blanc Fumé de Pouilly 2014 from the Loire Valley. The white wine was quite nice with the Cap Ferret oysters we had and the label looked like a score of music. We also tried several Bordeaux from our friends’ family chateau, Château Cantenac.

Bordeaux isn’t just reds. We tried a Bordeaux Blanc Moelleux with fresh seafood at one of the little seafood shacks on the Bay of Arcachon.

We splurged a bit on Valentine’s Day for a Château Dauzac Grand Cru Classé en 1855 Margaux 2012, which we had with filets I cooked.

I dragged Tim to L’Entrecôte, a restaurant that is a Bordeaux experience. They serve just one thing: entrecôte and the only wine selection is a Bordeaux made especially for them.

And to end our trip and toast 14 years of marriage, we shared a bottle of Champagne while watching the sunset at Place de la Bourse. Can you guess where I’m off to in England? | Source

It’s another busy month ahead. Though I originally planned to stay home in Bordeaux working on things for Bordeaux Bites & Bottles, plus working ahead on Luxe Adventure Traveler so the blog doesn’t suffer while we open a business, plans change.

I have a friend visiting early in the month for a few days, then I’ll celebrate my 37th birthday at home in Bordeaux before winding up the month on a project with Visit Britain and iAmbassador. I’ll be headed to England and visiting a new-to-me area with a local blogger.