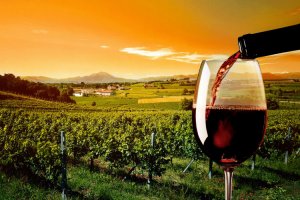 There are over 70 wine-producing regions in the world. Narrowing down where to go on a wine holiday is sometimes tough. And while we obviously love Bordeaux since we call the World Capital of Wine home, it’s always good to explore and drink more than the usual suspects. So pack a bag and leave plenty […] 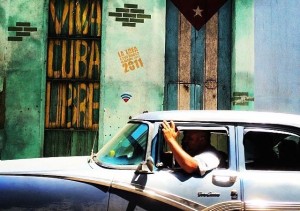 Each year we look forward to planning our own travels and since we’ve got a community of readers that love to live a life of adventure, just like us, we know you do too! Our 14 places to go in 2014 was such a hit with you all last year, that we’ve once again done […] 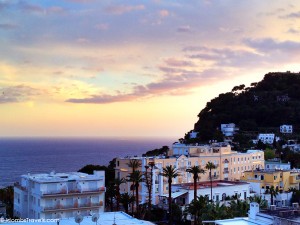 Rooms with a view are ones you want to hang out spending time in. Think dreamy over water bungalows you can dive right in to the ocean from and stunning castles surrounded by dreamy countryside. We’ve certainly stayed in our share, and we’re always searching for more spectacular rooms with a view. But for now, […] 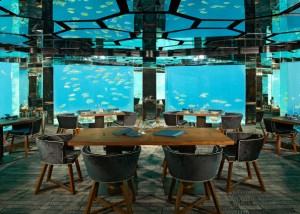 We’ve had some really delicious meals on our travels around the world. But a spectacular view makes a delicious meal even that more memorable! We’ve selected 10 of our favorite best restaurant views, where not only did the view make our jaws drop but the food was also unparalleled. Sea, Anantara Kihavah Villas Maldives The […] 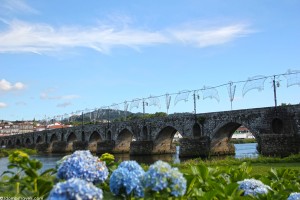 The Romans left their mark from ancient Rome to Jerash in the Eastern Roman Empire and everywhere in between. In northern Portugal, a Roman bridge stretches across the Lima River and according to legend, when the Romans reached this point in their march across Iberia, they were afraid to cross the river because they thought […] 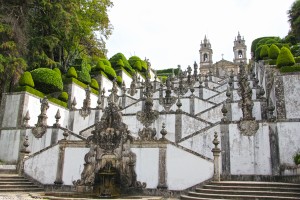 A staircase of dark granite covered in bright white plaster switchbacks up the hillside above Braga, just a short drive from Guimarães in the north of Portugal. This staircase, known as The Sacred Way, leads to the 18th century sanctuary of Bom Jesus (Good Jesus) on top of the hill. Commissioned by the Archbishop of […] 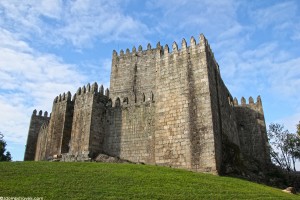 Guimarães was my favorite city I visited on my tour of northern Portugal. Perhaps it was because this is where I spent the most amount of time, though I really only began to scratch the surface. Unfortunately, our bus broke down en-route from Pinhao in the Douro Valley to Guimarães. The time we were stranded […] 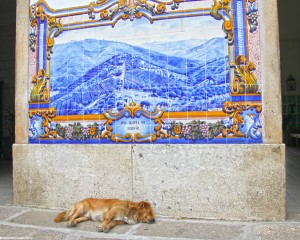 On my trip with Turismo de Portugal, I had the opportunity to visit the town of Pinhão in the heart of the beautiful Douro Valley. The Douro Valley is the oldest demarcated wine region in the world and has a microclimate perfect for growing grapes for the famous Port wine. Terraced vineyards practically climb straight […] 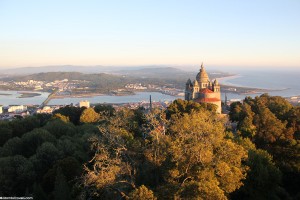 I recently spent some time in Portugal, mainly for a the Travel Bloggers Unite conference and the 2012 Destinology Travel Bloggy Awards (we won Best Newcomer). After the conference, I was also invited on a short trip in the north of Portugal by Turismo de Portugal. Over the next couple of days, I’ll tell you […]