You are here: Home / Europe / The World’s Largest Pumpkin Festival

As a child I’d wait all year for Furhman’s Cider Mill to open up for the fall in my hometown of Erie, Pennsylvania. Not only could you bring your milk jugs and have them filled with the world’s best fresh apple cider, they had a huge selection of pumpkins and gords from the local nearby pumpkin patch. But I never liked eating pumpkin. Until we moved to Italy and I was introduced to the annual Venzone Festa della Zucca. Admittedly, there aren’t many pumpkins at the Venzone Pumpkin Festival; it’s more about the amazing food like pizza with pumpkin, proscuitto and parmesan and pumpkin ravioli and the medieval traditions of the town. So when I heard about the world’s largest pumpkin festival boasting over 400,000 pumpkins, I just had to go! 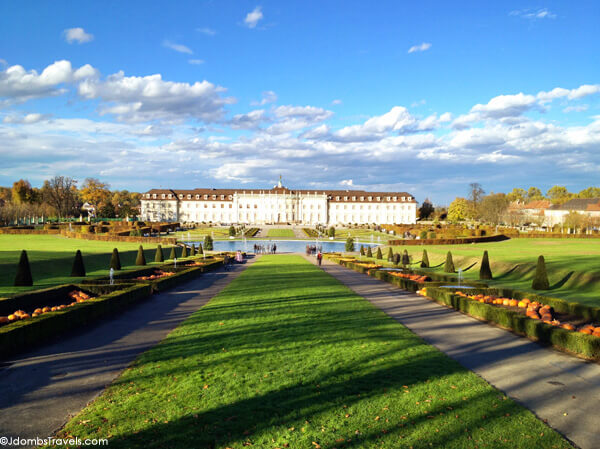 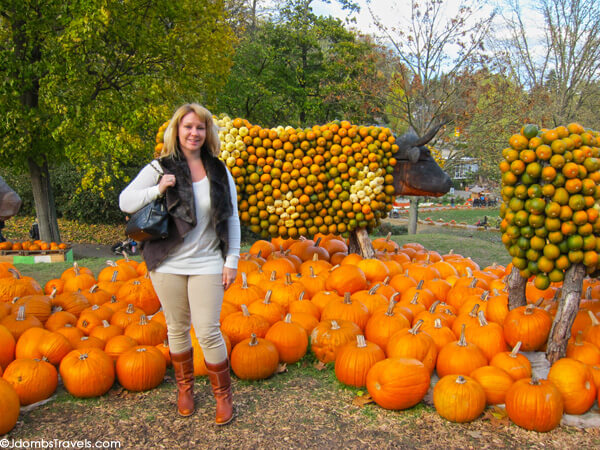 Each year the pumpkin festival has a theme represented in pumpkin art. The 2012 theme was Switzerland and our journey began with encountering life size cows made of pumpkins. How fitting since we had spent time hiking amongst Swiss cows in Appenzell earlier this spring! Winding our way down the hillside, we passed through a pumpkin market with pumpkins in a variety of colors from around the world. And then we saw it. 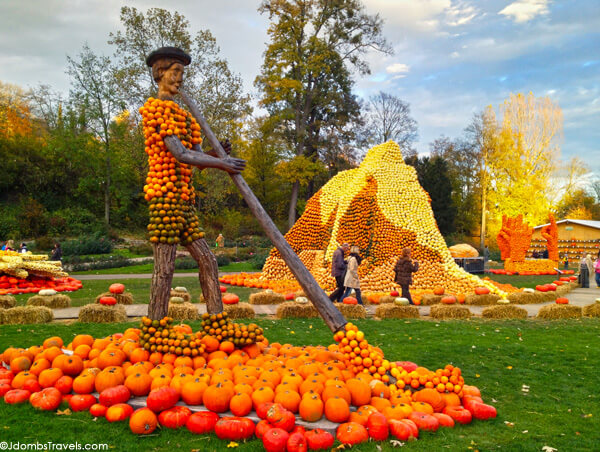 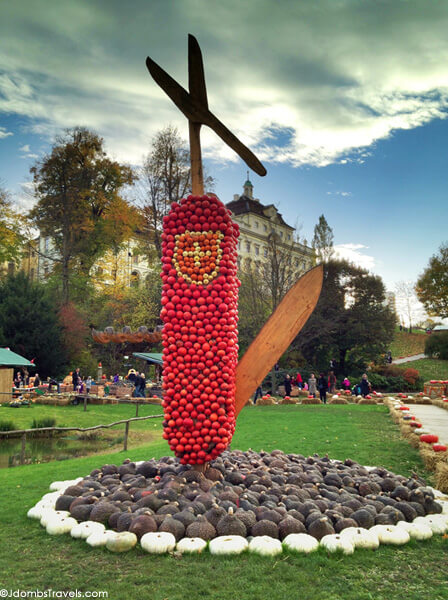 A village of pumpkins spread out below us complete with the Matterhorn, Swiss yodelers, and a larger than life Swiss army knife! 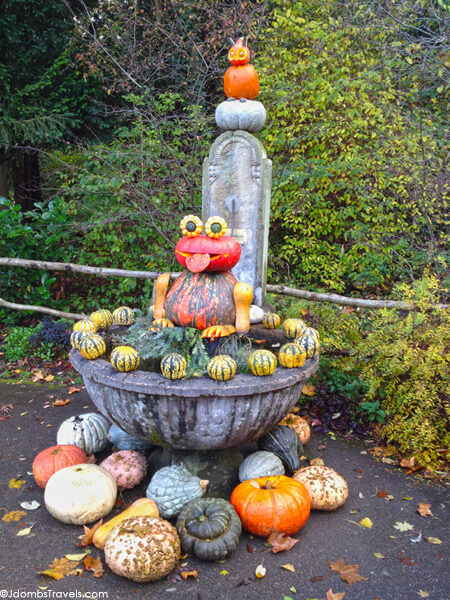 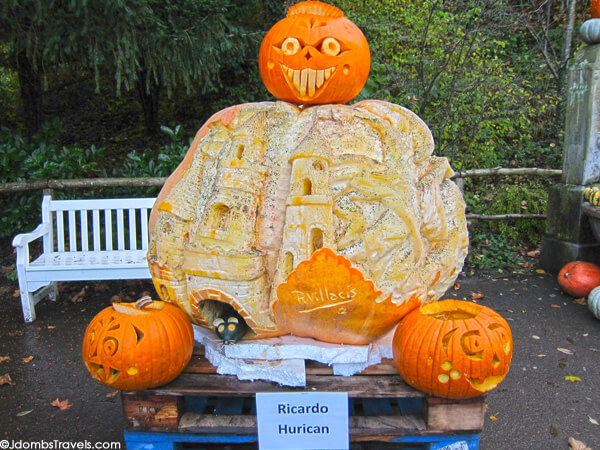 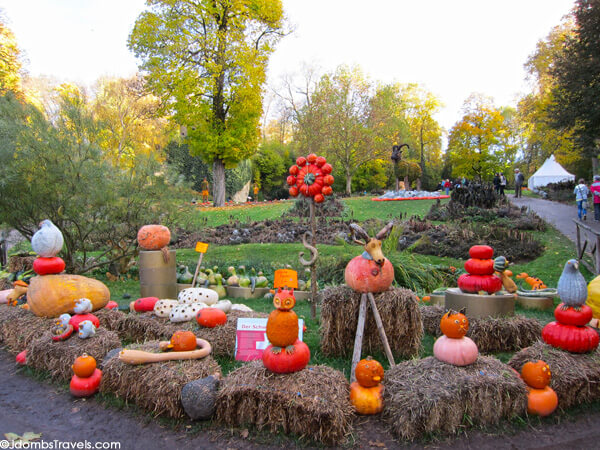 We walked along the wooden pathways by a festival frog and owl fountain made of – you guessed it! – pumpkins. Giant pumpkins were intricately carved into monkeys, haunted houses, and gruesome ghouls. A mini zoo of pumpkins piled into puppies, cats, rams, and owls made me squeal and clap my hands like a child. 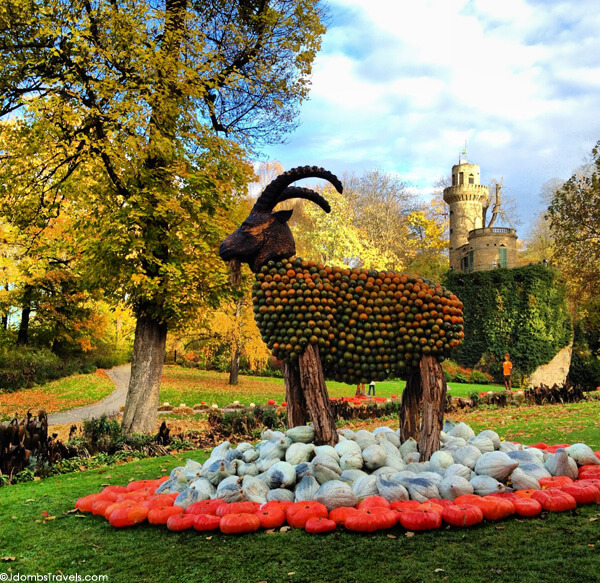 The afternoon sun glinted off Rapunzel’s tower, built in 1798 and not at all damaged in World War II like most of the other historical buildings in Germany, and a mountain ram “grazed” in front of the tower as children shouted up for Rapunzel to let her hair down. 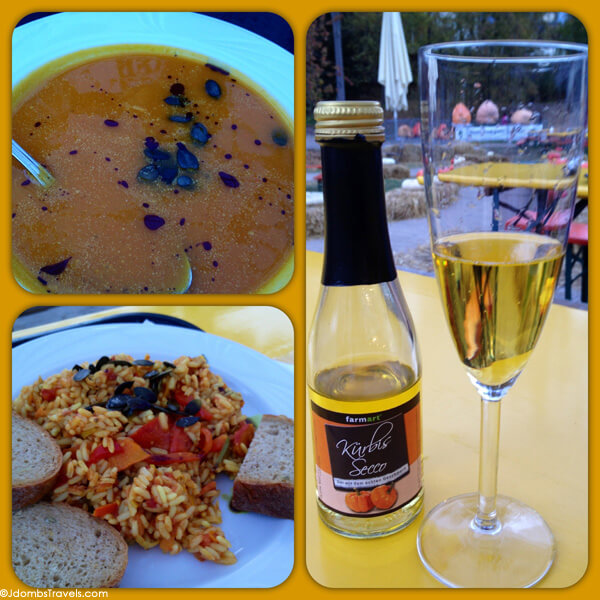 We caught the sweet smells of pumpkin and cinnamon wafting through the air and followed our noses to the food booths. We stood drooling over the menu, wanting to taste it all! We finally settled on pumpkin soup drizzled with balsamic and garnished with pumpkin seeds, rice with roasted pumpkin and vegetables, pumpkin bread, and pumpkin wine. 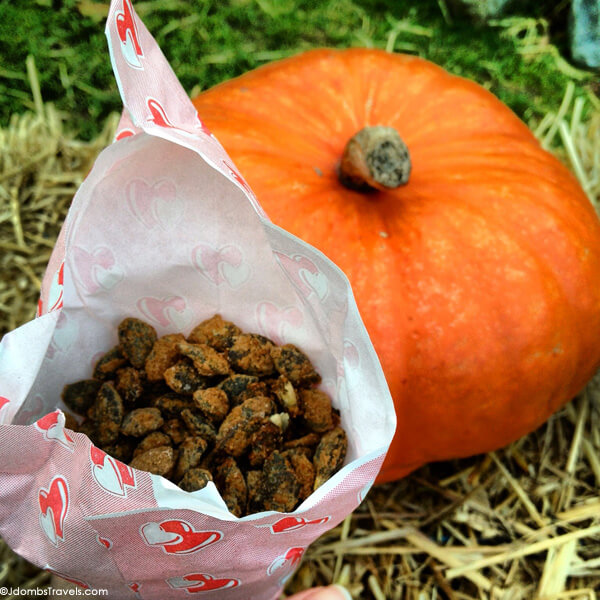 The chili coated pumpkin seeds were still hot in the paper as I clutched the spicy-sweet treats and wandered around to see a scene from Heidi made entirely out of pumpkins, a house displaying more than 450 varieties of pumpkins from around the world, and prize winning pumpkins weighing in at more than 1200 pounds! (And those chili coated pumpkin seeds were so delicious, Tim and I both went back for two more bags for a snack later.)

The world’s largest pumpkin festival was such a delicious and fun way to spend a gorgeous fall day in Germany!