We journeyed to five new-to-us countries this year, spent time in 12 different countries, 60 different cities and collectively traveled over 100,000 miles in 2017. We skied in Andorra, dived the Seychelles, zip lined inside a cave in Wales, and enjoyed the Christmas festivities in Edinburgh, Scotland together. I spent two weeks trekking and exploring in Nepal. I revisited Iceland, one of our favorite countries in the world, on an Icelandair Stopover. I found a beer I actually like when I explored Bristol with a local. And we explored a lot right at home like sleeping in a windmill, compiling a massive guide to the top things to do in Bordeaux, drinking my way through the 57 Bordeaux appellations, and spending quite a bit of time in Saint-Émilion and Arcachon. I discovered a whole world of how luxury goods are made for famous brands like Louis Vuitton and Bernardaud in Limousin. And I ate my weight in truffles twice with truffle themed trips in Provence and the Périgord. We visited Chicago, Illinois, Lake Geneva, Wisconsin; and Whidbey Island, Camano Island and several of the San Juan Islands in Washington. I returned to Italy for the first time since we moved away over a year ago, exploring Rome, Venice and Verona. 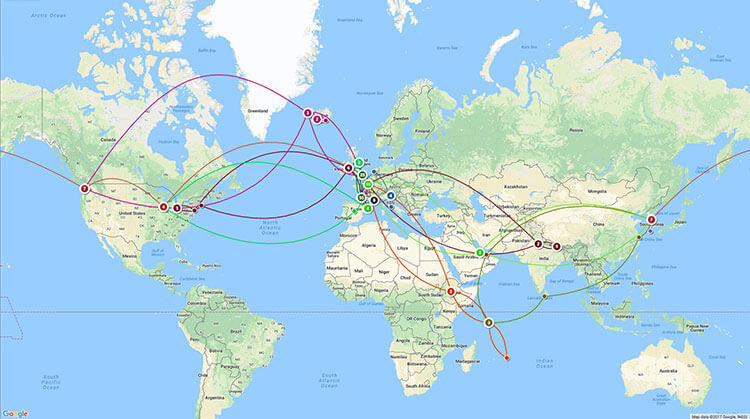 Tim moved from South Korea to England, we decided to make Bordeaux our permanent home, I made an emergency trip back to my hometown of Erie when my dad broke his hip, and we tried to figure out a new rhythm for our long-distance relationship. We also made more money than any previous year since we started Luxe Adventure Traveler. Of course, none of it compared with the heartbreak we’re still feeling over saying goodbye to our beloved Emma.

It was one hell of a year with some incredible highs and some soul-crushing lows. 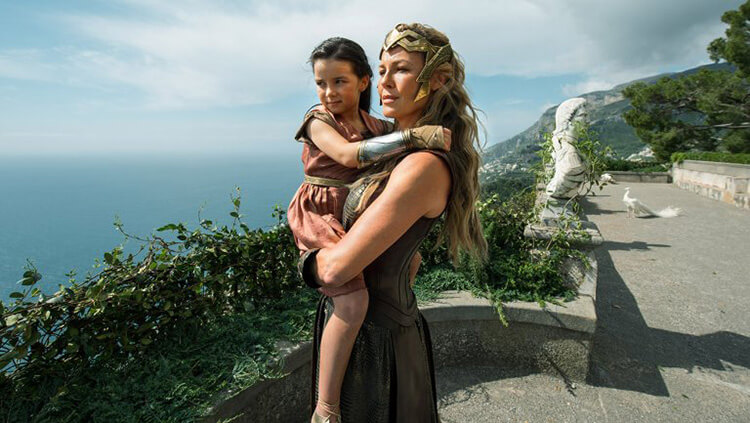 Wonder Woman was the third highest grossing movie of 2017 and made many of the best movies of 2017 lists. I happened to see it in the theater because it was simply too hot for my friend and I to do anything else on a day we had a girl’s day planned. And I immediately came home inspired to pen Wonder Woman’s Themyscira Actually Exists after I recognized filming locations in Ravello on the Amalfi Coast, the Cilento Coast and the ghost village of Craco from our travels all around Italy.

Little did I know that an article that was never part of my editorial calendar would turn in to the most popular one I wrote in 2017. It was also nominated in the Italy Magazine 2017 Blog Awards and one of three finalists for Best General Individual Post of the Year. The winners were chosen by voting, which Tim and I both absolutely hate asking you to do. We didn’t win, but it was nice to be nominated and a finalist. 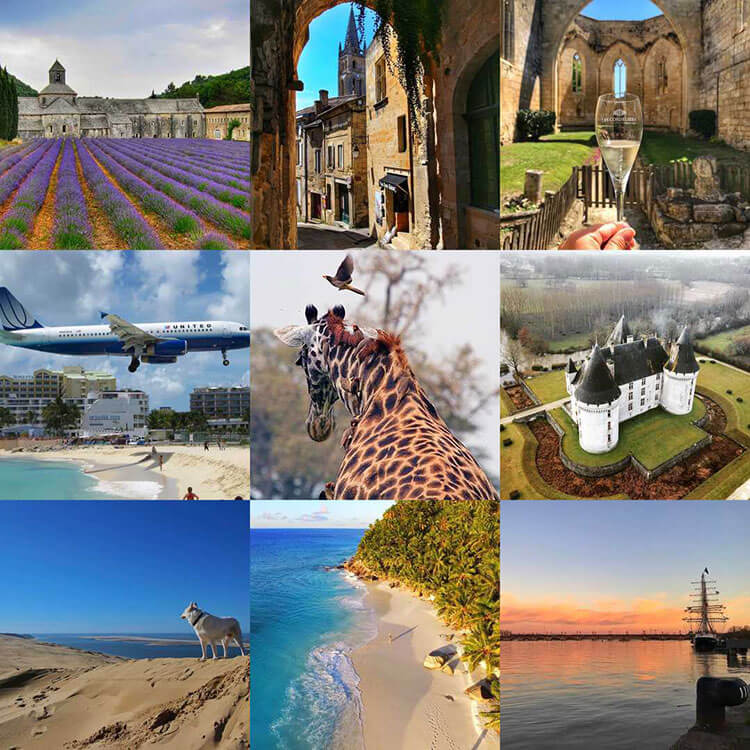 Top left: Visiting Abbaye Notre-Dame de Sénanque during lavender season. This one was actually a throw back to a trip me, Tim and Emma took there back in 2012. We’re fairly certain it was Emma’s very first trip to France, and definitely had no idea back then that four years later we’d move to France.

Top middle: Bordeaux may be mostly flat, but Saint-Émilion most certainly is not. Defensive walls were built around the village by the English in the 13th century. The most famous – and the most Instagrammed – is the Porte de la Cadène. From the top, the gate has a stunning view down in to the village and perfectly frames the tower of the Monolithic Church.

Top right: Les CordeliersSaint-Émilion is one of the most known Bordeaux appellations, but it also produces a crémant (sparkling wine). In fact,  is situated inside of the defensive walls and has been producing the sparkling wine underneath the 14th century cloister since 1892.

Middle left: Maho Beach in Sint Maarten is world famous for the jumbo jets that come in barely over people’s heads as they touch down on the runway just beyond the beach. It turned in to a major hot spot, but Tim and I had a ritual of watching the planes land long before the Instagram craze brought the world there for a photo. Sadly the beach was basically wiped out and washed away from Hurricane Irma, which significantly damaged the dual-island nation in September 2017.

Middle: Another throwback to the Skysafari we went on in Tanzania. It’s been nearly four years since that trip and the memories of all the wildlife we saw are still as vivid as if we were there last week.

Middle right: Tim added a DJI Phantom 3 to our arsenal of photography gear a while ago, but it lived with him in South Korea and we really only put it to use during our trip to the Seychelles. I loved the photos we got in there so much, but didn’t love how large a piece of equipment it is to tote around. I got a DJI Mavic Pro this summer and became a drone pilot. I love the unique perspective you can get and how it can make shots much more interesting, like this aerial view of a beautiful châteaux in the Périgord.

Bottom left: Tim had come home for two weeks in February. We’d considered meeting up somewhere in the world like we did last fall in the Philippines and then in the Seychelles, but in the end some time at home with both me and Emma won out. And I’m glad it did. She joined us for a trip to Andorra, then after a snowy couple of days skiing we headed back home and spent a few nights in a private villa at the beach. Emma made many trips to Dune du Pyla over our year and half living in Bordeaux and she loved swimming more than anything else. This is one of our favorite photos of her and also one of the last trips we had all together.

Bottom middle: In May, Tim and I both journeyed long distances to meet up in the Seychelles. We spent and incredible four days on Fregate Island Private, easily one of the most beautiful places we’ve ever been. With Giant Aldabra Tortoises roaming freely about and beaches so stunning they look like they belong on a screensaver, Fregate Island Private just has to be seen to be believed.

Bottom right: Bordeaux has some beautiful sunsets. My favorite thing to do in summer is take a sunset stroll along the quayside and Emma and I did it nightly. 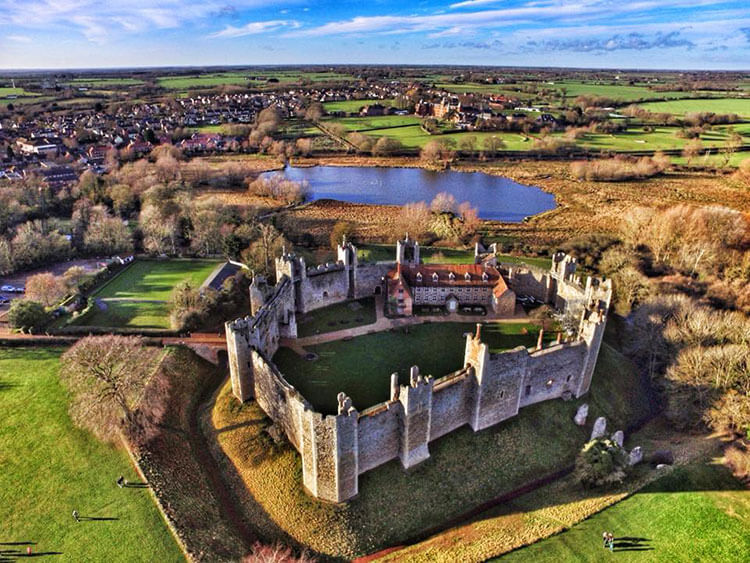 Even though we traveled over 100,000 miles in 2017 and spent 161 days away from home, it was actually quite a bit less travel than years past. And I’d like to slow things down even a little more in 2018, explore closer to home more and continue having the nice work/life balance I’ve found living in Bordeaux.

Unfortunately for Tim, he’ll be spending half the year away on an assignment for that other pesky job he has. But he’s officially less than 18 months away from retiring and joining Luxe Adventure Traveler full time.

We’ve already got a ski weekend getaway lined up with Gourette in the Pyrenees, with a night spent in their Wild Dome sort of like the experience of the bubble in Iceland. Then we’re off to Malaga, Spain to hike El Caminito del Rey.

Once spring arrives, I’ll be back at exploring more of Nouvelle Aquitaine. Third time’s the charm {hopefully} for that trip to Biarritz that has been postponed twice now. And I’ll potentially be heading to Oman and an island off Oman I’ve been dying to visit – I’m still mulling that particular trip over.

Then we’ll just see which way the wind blows and what opportunities present themselves for the second half of 2018.