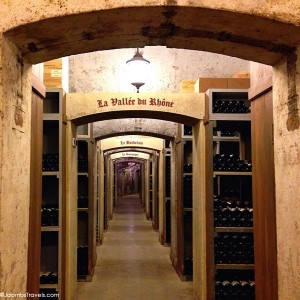 It was French entrepreneur and founder of “Société des Bains de Mer et du Cercle des Etrangers à Monaco” (S.B.M.) François Blanc that built the legendary Hôtel de Paris Monte-Carlo in 1864. The hotel literally provided the best of everything that the world had to offer, though its wine cellar was a simple room housing only […] Champagne and caviar…nope, not at Bubbledogs. This clever restaurant swapped out caviar and instead pairs their flutes of bubbly with gourmet hotdogs. And people line up literally around the block to wait to try what sounds like an odd culinary combination! I, of course, had to join the crowd and find out what the hype […] October has become one of my favorite times of year in Europe. I’ve really become to appreciate the change in seasons, especially after living in the desert for more than 10 years. The leaves begin to turn shades of gold and orange, grapes are harvested and all my favorites for eating appear at the local […] Moscow has more billionaires per capita than any other city in the world and that’s perhaps why when I think of Moscow, I think of champagne wishes and caviar dreams a la Lifestyles of the Rich and the Famous. Of course, champagne can only truly be called champagne if it comes from the Champagne region […] Vineyards of grapes dot the hillsides in the completely unspoiled countryside of Croatia’s Istrian peninsula. Near Momjan, a charming farmhouse with blue shutters practically beckoned us to visit. With a view of the Dolomites on one side and the lush green leading to the Adriatic Sea on the other, you just get a feeling that […] I was absolutely starving. We had been wandering around the Roman Ruins and lakeside town of Sirmione all day in the heat. Every restaurant menu in Sirmione featured fish and seafood, presumably not fresh from the lake since I’ve never heard of a lake squid, at nearly triple the price I’ve seen anywhere else in […] The vineyards of the Valpolicella are tucked between Verona and the shores of Lake Garda. Once with a reputation for churning out wine so cheap it was only suitable for ordering at pizzerias, the Valpolicella now produces some of Italy’s finest reds. So when we wanted to discover the wines of the valley of many […] Santorini is famous for its wine and unique vinification process. Even though we spent our first day on Santorini on a Wine and Food Lovers Tour tasting Santorini’s best wines and learning how to cook some of its famous dishes like tomato fritters, as two oenophiles we couldn’t get enough! There are just 9 of […] 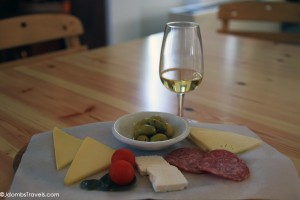 Grape phylloxera, a type of parasite, destroyed most of the grapes in Europe in the late 19th century. The phylloxera plague came about when English botanists introduced American vines, which were partially resistant, in the 1850s. Vineyards in Britain were quickly devastated and the epidemic moved to mainland Europe wiping out most of the European […] 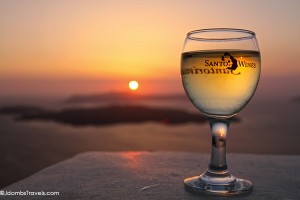 Wine has been produced in Santorini since ancient times, and being one of the only wine regions to escape the grape phylloxera makes Santorini the oldest wine region in the world. We tasted plenty of wine during our trip to Santorini and visited more than half of the wineries on the island! (Okay, so there […]